The ton’s opinion be damned. 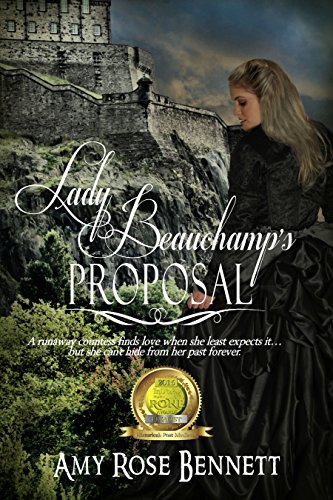 A runaway countess finds love when she least expects it… but she can’t hide from her past forever.

Elizabeth, Lady Beauchamp, fears for her life. When she discovers her dissolute and long-estranged husband has syphilis—and he wants to beget an heir no matter the cost—she flees to a remote part of Scotland to begin a new life as the widowed governess, Mrs. Beth Eliott at Eilean Tor Castle.

When Mrs. Eliott unexpectedly arrives on his doorstep, the reclusive and recently widowed Marquess of Rothsburgh is both irritated and intrigued. No longer in need of a governess—his young daughter now resides with his sister’s family in Edinburgh—he proposes the beautiful widow fill a position of a different kind… Torn between staying true to her marriage vows and her wanton attraction to the devilishly handsome marquess, Elizabeth struggles against the temptation to become his mistress. But living a lie is not easy when you have fallen in love. And secrets always have a way of coming out…

Lady Beauchamp’s Proposal won the Georgian/Regency/Victorian category of the 2015 'Romancing the Novel Published Authors Contest’ run by the Hearts Through History Chapter of Romance Writers of America. It was a finalist in the 2014 Australian Romance Readers Association Awards (favorite historical), and the Carolyn Readers Choice Awards, and was runner-up in Romance Writers of New Zealand’s 2015 Koru Contest (Award for Excellence) for ‘Best First Book.’ It has also received an honourable mention in the 2015 RONE Awards (post-medieval section).

Lady Elizabeth Beauchamp has it all. A fabulous title, respect, wealth, and a husband who is handsome. Her life should be perfect.

Elizabeth was swept away by Hugh Beauchamp, and she married for love, but very soon she realised that her husband wasn’t who she thought he was. He is an adulterer and has many mistresses. He belittles her at every opportunity and their marriage is far from happy.

But one day Elizabeth receives a letter from one of Hugh's mistresses. This anonymous woman informs Elizabeth that Hugh has contracted the pox.

Determined to escape a loveless marriage and fearing for her health, Elizabeth flees her home, takes a new name, invents a new story about her life and heads to the wilds of Scotland in the hope that she will find work as a governess in the home of the recently widowed, Lord Rothsburgh. If only she had known what would happen next!

What a rollercoaster of an adventure this book takes you on! I took to Elizabeth straight away. She had the most wonderful heart and an enormous capacity to love.  Her frantic flee to Scotland was very believable, and I came to care about what happened to her.

Lord James Rothsburg had been deeply affected by his wife’s death, but not in the way that you would think. Like, Elizabeth, he had married for love, but his wife was not the true type.  James is a very passionate and caring man, who was just the kind of person suitable for our brave heroine.

This book isn’t your typical romance – there is a great deal of adultery between the pages and if this is something that you object to then maybe this isn’t the book for you. However, saying that, I thought the plot was fantastic. It wasn’t predictable in any way. I didn’t know where the story was going and for a historical romance that is unusual. It certainly made a very welcomed change.

I would have no hesitation in recommending this book. I read it in one sitting. It held my interest throughout and it is on my repeat-to-read list.

Where can I purchase this fabulous book?
Amazon US
Amazon UK 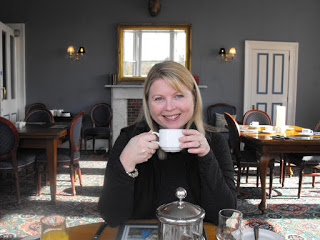 Amy is happily married to her own Alpha male hero, has two beautiful daughters, and a rather loopy Rhodesian Ridgeback. She has been a speech pathologist for many years but is currently devoting her time to her one other true calling—writing romance.
Useful Links
Website and Blog
Facebook
Twitter
Pinterest