Author’s Inspiration  — Anna Belfrage
All those that left… 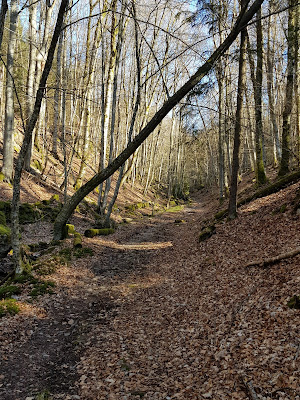 I stand in the midst of a forest and the trees whisper in the wind. If I listen closely, I can hear the stories they tell. Ok, so that, of course, is an exaggeration. The trees don’t speak to me—my imagination does, having been poked into overdrive by the environment I am presently in. And if we’re going to be honest, the trees that surround me aren’t that old – they are all part of the concerted Swedish effort in the early 1900s to re-forest a country that was mostly meadows and meagre fields. No, what is old is what lies among the trees: the broken remains of stone foundations, the remnants of an old hearth, a chimney stack. Once there was a village here. Once this place rang with the sounds of people, the bleating of sheep and goats, the grunts of pigs. Once. But they are all gone now and this spot is known as The Dead Village.
The Dead Village was abandoned by its inhabitants approximately 150 years ago. Men and women, children and babes in swaddling bands, joined the exodus due west, to the promised land known as The United States of America—or, as these people would have said, “Amerikat”. They left behind their old people, their dead people, their roots. They left behind a backwards and extremely intolerant country, hoping to breathe freer in the Land of the Free. I hope they did. I’m not sure, though.
What I am sure of is that it must have taken considerable courage—or desperation—to sever all ties with the old and go forth to the new. They knew that there was no going back. Never again would they hear the babbling brook leap down the hillside studded with beeches presenting the bright green foliage of spring. Never again would they see the land of their birth, embrace their ageing mother or father. Instead, they’d end up so far away the people around them would likely not even speak Swedish—and they spoke no English. Despite this, they set off. They packed their belongings into decorated wooden chests, closed the door to their homes for one last time, and set off, down roads so old they’d traversed the countryside for centuries.
The roads led to a harbour. From there they took ship, and most of them didn’t know how to swim or had even been aboard a boat before. It scared them—but the ghost of starvation, of not being able to worship as they pleased, of never being given the opportunity to better themselves spurred them on. They set out to make a better life—for their children if not for themselves. 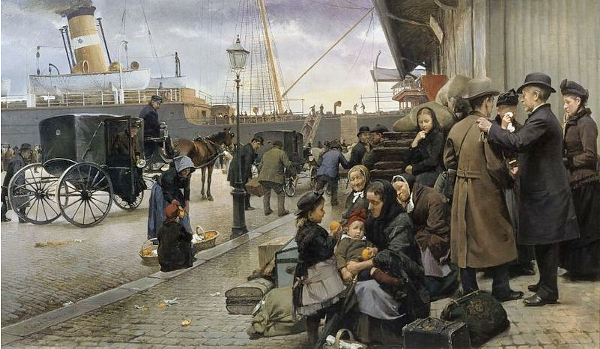 It is estimated approximately 40-50% of the Swedish population immigrated to the US during the 19th century. Most Swedish people have someone up their family tree who undertook this perilous undertaking. Some had little success in their new homeland. Others embraced their new life, their new country and never regretted leaving the old country behind.
I have always been drawn to the story of the people who left. But the 19th century isn’t really “my” century, so it is somewhat fortunate that the 19th century exodus was not the first time Swedish people went west. Already in the 17th century Sweden established a colony in the New World, Delaware, and Swedes flocked to the ships departing for this new land, where riches were to be found wherever one dug. Not. And just as my 17th century countrymen, many were the English who set off across the Atlantic to make it good in Virginia or Massachusetts. Which, from my point of view, is a good thing as I am more into British history than Swedish. 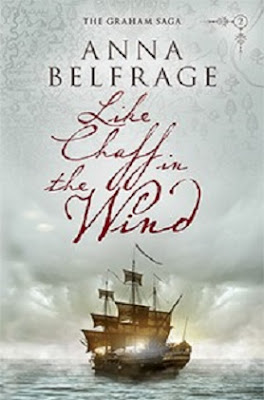 The people who set out on the perilous journey to the New World in the 17th century were quite often driven to do so due to religion. In fact, the entire 17th century is a bubbling cauldron of religious issues, all those conflicts that began in the wake of the Reformation coming to a head. For a novelist, this religious upheaval offers quite the smorgasbord of potential premises, especially if one adds religious persecution to the mix. Suddenly, the characters in question do not have a choice: if they want to survive they must leave all that they know and hold dear behind and go somewhere else.
I find the whole concept of people uprooting themselves and starting anew intriguing. I close my eyes and I can imagine the dismay some of these colonists must have felt when they saw their new homeland appear before them. So much wilderness, so little of anything else! Providence (present day Annapolis) in the 17th century could at best qualify as a village, and beyond the log fence defending the settlement there was…a LOT of trees. And savages. And God knew what sort of dangerous animals.
Those that came to farm had months of back-breaking work before them before they’d even managed to clear a plot. Things that grew “back home” did not necessarily grow here, but our settlers came with more than clothes and utensils, they came with hollyhock seeds and marigold seeds and herbs and roses. I guess they needed something from the old country to help them set down roots in this new place.
However, not all of these immigrants were voluntary travellers across the sea. Many were the English, Scottish and Irish people who ended up in the New World as indentured servants – and here, in the overlapping circles of colonists braving a new world and involuntary immigrants lie the roots to several of the books in The Graham Saga, set both in post-Restoration Scotland and 17th century Maryland.
There are of course a lot of other ingredients in the spicy stew that resulted in the story of a young woman thrown three centuries backwards in time to land at the feet of escaped convict Matthew Graham. Like my fascination with time travel as a concept and my weakness for love stories, just to mention a few. But it is my fascination with and respect for all those people who took a deep breath, ignored the excruciating tearing of the soul as they bid everything farewell, and dared to try for something better in a far and distant place that are the main inspiration behind my stories about Matthew, his wife Alex, and the life they carve themselves in the wilderness of Colonial Maryland. 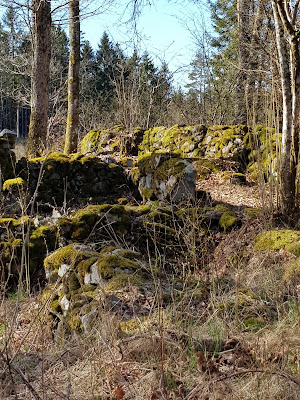 I walk through the ruins of homes that once housed generations after generations of poor farmers, men who toiled to bring forth a crop out of ground riddled with stone, women who did their best to feed their families on what little food there was. God didn’t help much. The Swedish Lutheran Church made it its business to persecute them for having the temerity to try to find solace in a new version of Christianity (in this case Methodism). Children often died. Life was harsh, and yet they persevered, having nowhere else to go. And then, one day, someone lifted his face to the sky and yelled “enough!” Enough of watching your children starve, enough of paying tithes to the Swedish Lutheran Church, to the state. One anguished yell and an entire village decided it was time to go elsewhere. I have no idea where they went. I can but walk through the remains of where they once lived and wish them well, wherever they might have ended up. 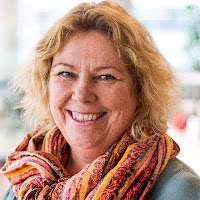 Had Anna Belfrage been allowed to choose, she’d have become a professional time-traveller. As such a profession does not exist, she became a financial professional with two absorbing interests, namely history and writing.

Anna has just released the fourth instalment of The King’s Greatest Enemy, a series set in the 1320s featuring Adam de Guirande, his wife Kit, and their adventures and misfortunes in connection with Roger Mortimer’s rise to power.

When Anna is not stuck in the 14th century, she's probably visiting in the 17th century, specifically with Alex(andra) and Matthew Graham, the protagonists of the acclaimed The Graham Saga. This is the story of two people who should never have met – not when she was born three centuries after him.
Anna’s books have won multiple awards among which feature numerous Historical Novel Society’s Editor’ Choice. She has also contributed to several short-story collections and aims to release a contemporary trilogy in 2018 – a mixture of time-slip, suspense and burning passion.
Find out more about Anna on her website, Amazon, on FB or follow her on Twitter. Or pop by her blog and submerge yourself in historical posts about everything from golden camels to abducted nuns.