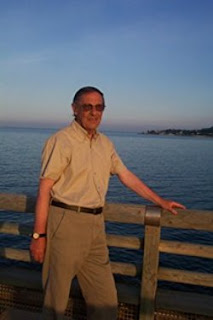 “The Thackery Journal” is a total departure from my normal Private Detective novels, and way outside my comfort zone. So much so, that several people have asked why did I ever write it?  That’s a good question, and like much in life the answer isn’t straight forward.
I have always been fascinated by the American Civil War. A Civil War is the worst kind of war that there could be. A war that divides the Country and splits communities: a war that puts brother against brother, and father against son.  A war that splits families; and makes enemies of long-time friends. A war where in reality there are no winners. Indeed, a war where there could be no real winners, and where everyone loses something. The effects would be felt long after the war ends.  Could reconciliation and forgiveness really take place? How long would the wounds, mentally and physically, take to heal? Could communities divided by war, be re-united by peace? Even now statues of Confederate Generals are being torn down because of what they are perceived to stand for. 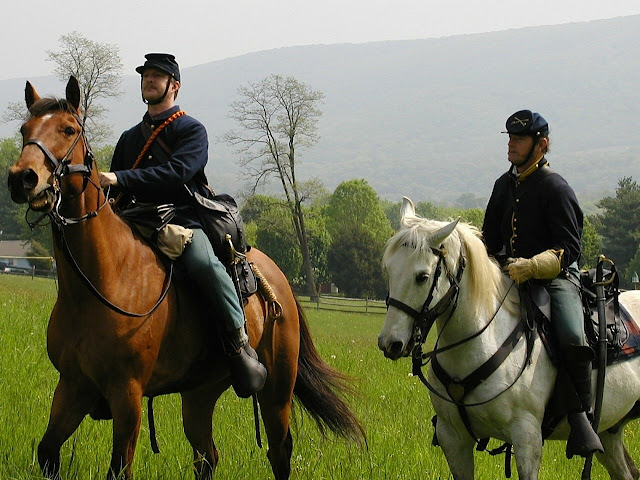 I remember one day at school, during a history lesson, we were asked what side we would have taken, Confederacy or Union. Why it should matter which side a British schoolboy would choose, in a war that had finished almost one hundred before that particular school day, I will never know. Nonetheless I chose the South. Not because I was in favour of slavery, because I wasn’t. No, I chose the South because it seemed to me that the North was threatening to destroy a way of life. A much gentler, and simpler way of life. 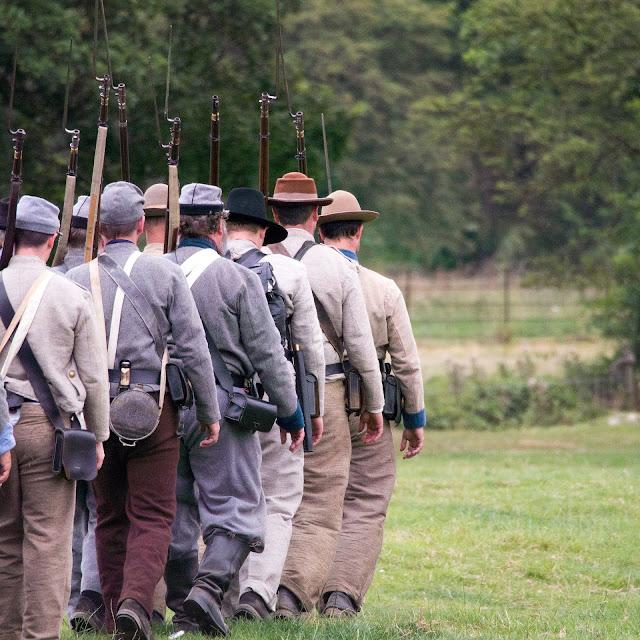 But that in itself is hardly a reason for writing the book. If the truth be known, I never actually considered writing a Civil War novel at all. But sometimes, instead of the author being in command of what he, or she writes, it is the writing itself that takes charge. It will suddenly go in a totally unexpected direction, and you are forced to go with it to see where it leads.
I started to write “Thackery” almost ten years ago. I had finished my first novel “The Kammersee Affair” in December 2006, and the first of my Tom Kendall private detective stories, “The Mackenzie Dossier” had been published (as “The Mackenzie File” in August 2008). I had begun outlining my next novel, “The Marinski Affair”.
Somewhere along the line I got side-tracked. During my research into “The Kammersee Affair” (a story of hidden gold bullion) I found an item on the internet about a consignment of Confederate gold that had gone missing as the Civil War was coming to an end. The gold had, apparently never been found. I thought perhaps I could make up some kind of a story. The gold had obviously been stolen by someone, and I got to thinking how that person would feel as his pursuers caught up with him. Very quickly I had the makings of a fairly well developed final chapter. That chapter is now the last chapter of “Thackery”, and largely unchanged from when it was first written. It was also obvious that the gold had been stolen for a reason. I wondered what that reason could have been. Then I had an idea.
Although this story concerns itself with the War between the States, and the momentous events that occurred just after the Civil War ended, the story is completely fictitious, and has no basis in fact. Although the story makes use of certain actual events, places and people, it does so purely for its own purpose, and nothing more. It is merely a “What if” storey, that supposes what could have happened in a certain circumstance.
Of the main characters, only three actually existed – President Abraham Lincoln, his assassin John Wilkes Booth, and General Ulysses S. Grant.

As the first sounds of gun fire echoed through the land, young men rushed to enlist, to fight for a cause that they believed was right. Shop assistants, bank clerks, farm labourers. All believing that the South would win. Right was on their side, and besides it would all be over by Christmas.
Two life-long friends enlist on opposite sides of the conflict. Both believing that right was on their side, and both hoping that they would never meet each other on the battlefield. Their lives become inextricably entwined as the war nears its end culminating in the assassination of President Abraham Lincoln. On the night of April 14th 1865 Lincoln attended a performance at The Ford Theatre, in Washington. A single shot fired by John Wilkes Booth hit the President in the back of the head. He slumped to the floor, and died a few hours later without regaining consciousness. Was Booth a lone assassin? Or was he part of a much wider conspiracy? Was he part of something even more sinister? Was he part of a plot hatched by Lincoln’s own generals to replace Lincoln with General Ulysses S. Grant. A plot financed by stolen confederate gold bullion.
“The Thackery Journal” has been translated into Portuguese, and Spanish. It is currently being translated into Swedish and Afrikaans. It is currently being produced as an audiobook, and should be available by the end of March. 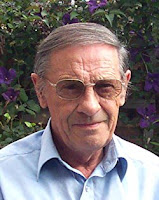 Born in 1943 in Bishops Stortford, Hertfordshire. I currently live in Essex with my wife, Margaret, and my daughter Elizabeth. For many years I was a Chartered Surveyor, until I retired in 2008. I had always wanted to write a novel but could never think of a good enough plot. I started to write my first novel, The Kammersee Affair, in September 2005, and it was published in December 2006. It was inspired by a holiday in the Austrian lake district. We were staying in Grundlsee. The next lake, Toplitzsee, was used by the Germans during the war to test rockets, and torpedoes. There were rumours of gold hidden in that lake. Despite extensive searches the gold was never found. In my book, however, it is found, only in the next lake, Kammersee.

The books that followed, The Mackenzie File, The Marinski Affair, Epidemic,and A Killing In The City all feature Tom Kendall, a down to earth private detective. In August 2012 I decided to go down the self published route, and formed by own publishing brand PHOENIX. As a complete change to my usual genre, "The Thackery Journal" is a "What If" novel regarding the assassination of Lincoln. It was published in August 2013. My latest novel, another featuring my private detective, and simply called "Kendall" was published in July 2014. "A Case Of Murder", the sixth novel to feature Tom Kendall, was published in May 2016. I am currently working on another novel featuring Tom Kendall. 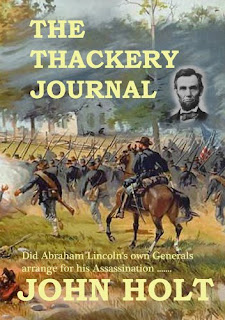 Civil War – the worst kind of war that any Nation could face. Fighting against itself there could be no winners in such a war, a war that divides communities; splits families; and makes enemies of long time friends. As the first sounds of gun fire echo through the land, two friends enlist on opposite sides of the conflict. Both believe right is on their side, and both hope they will never meet each other on the battlefield, but their lives become inextricably entwined as the war nears its end culminating in the assassination of President Abraham Lincoln from a single shot fired by John Wilkes Booth. Was Booth a lone assassin? Or was he part of a wider conspiracy? A plot hatched by his own generals to replace Lincoln with General Ulysses S. Grant.