My Inspiration by G K Holloway 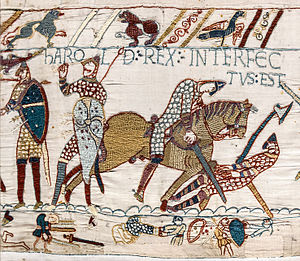 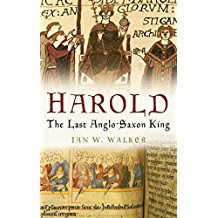 The inspiration for writing my first novel came from a Christmas present given to me by my wife, Alice, who bought me a book by Ian W Walker called, Harold, the LastAnglo Saxon King.
Keen as I am on history, I have to admit that at the time Alice gave me my present, I didn’t know a lot about 1066, the Battle of Hastings and the events that led up to the Norman Invasion. Walker’s book opened a door. Fascinated by what I’d read, I had a real hunger to know more, which led my to reading just about everything I could find on mid-eleventh century English history. The more I read, the more enthralled I became with the era.
I’ve always been interested in history. As a boy, the view from my bedroom window was of a castle on a hill that dominated the landscaped for miles. It was the kind of view that would fire the imagination of any child. Naturally the questions followed, the anwers informed and the tales flowed. Eventually, I studied history and politics for my degree.
Reading has also been an interest of mine, not since I was a kid - my dyslexia put paid to that - but I’ve alway liked stories in whatever medium they came. After all said and done, a story is a story. Film and TV were much easier for me but when I hit my teens I began to read novels for pleasure. And when I wasn’t reading? Talking – about books, or history or religion, in other words, stories. People used to tell me I ought to right a book, and I hope after they read my novel, they don’t change their minds.
Looking back, I always wanted to produce a novel or a movie or anything really, so long as it was a story. After reading about Anglo-Saxon England and the Norman Invasion, I felt compelled to tell that particular story. I was like a junior reporter who had the most exciting scoop ever and wanted to tell the world the news – even if it was 950 years old!
The reserach was an absolute joy; not just discovering the roles played by the major figures but more obscure things, like how the organ in Winchester Minster worked, how to make a sword, eleventh century power struggles – all of it – was a
pleasure. So much so, the original novel was 297,000 words long and I hadn’t even finished.
So, the Christmas present was the initial inspiration but day to day thoughts just fly into my head, rather like having a faulty radio sitting silently in the corner of a room that suddenly comes to life with a fragment of sentence or an idea for a scene or alarming news of a plot hole in my storyline.
Music is another inspiration to me. I’m one of these people who find it so much easier to write with music playing. It doesn’t much matter what it is either. I’ve found instrumentals are best, which can mean anything from Miles Davis, Motzart, Philip Glass or movie soundtracks. Having said that, I’m also happy listening to Van Morrison, Bruce Springsteen, Mumford and Son. The songs don’t even have to be in English. I’ll play whatever I happen to be in the mood for and the music helps carry me to the place where the ideas come from.
Once started it’s hard to stop, even though there are times when I find writing a bit of a grind I still have to plough on, knowing I will have one of those days when writing seems effortless, the ideas pour out of my head and my fingers are a blur over the keyboard. Yes, I can touch type, which is a useful skill to have when trying to keep up with all the ideas coming my way. 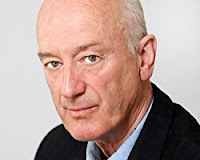 After graduating from Coventry University with an honours degree in history and politics, G K Holloway worked in education in and around Bristol, where he now lives with his wife and two children. After reading a biography about Harold Godwinson, he studied the late Anglo Saxon era in detail and visited all of the locations mentioned in the sources. When he had enough material to weave together facts and fiction he produced his novel. 1066 What Fates Impose, is the product of all that research – and some imagination.  A sequel is on its way. 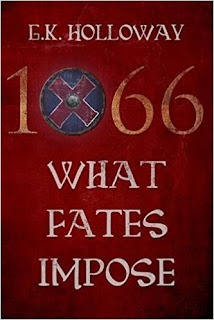 England is in crisis. King Edward has no heir and promises never to produce one. There are no obvious successors available to replace him, but quite a few claimants are eager to take the crown. While power struggles break out between the various factions at court, enemies abroad plot to make England their own. There are raids across the borders with Wales and Scotland. Harold Godwinson, Earl of Wessex, is seen by many as the one man who can bring stability to the kingdom. He has powerful friends and two women who love him, but he has enemies who will stop at nothing to gain power. As 1066 begins, England heads for an uncertain future. It seems even the heavens are against Harold. Intelligent and courageous, can Harold forge his own destiny - or does he have to bow to what fates impose?

Amazon UK  Amazon US
Posted by Mary Anne Yarde at 07:00