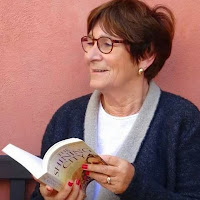 One day, a few years ago, I was flicking through an old copy of the Economist, which someone had left in the waiting room of my dentist, when quite by chance my attention was caught by a short article on WWII’s child migrants. Child migrants? Did they mean evacuees? Thousands of children had been evacuated to safer parts of Britain during World War II but I’d never heard of the child migrants. As I read the article I was astounded, not only that it claimed that thousands of children were routinely sent to the British Dominions, before, during and after the war, but also because I, along with thousands of other people it seemed, had never heard anything about this.

It had come to light by accident in 1986 when a social worker called Margaret Humphreys was approached by a former child migrant asking her for assistance in locating her relatives. She claimed that she had been deported from Britain when she was only four years old. The social worker was astonished. Even she didn’t realise that thousands of British children had been sent as child migrants to countries such as Australia and Canada and never knew their own parents. Some had been told they were orphans and if it hadn't been for this chance circumstance, many of those children, now adults, would never have been reunited with their families. As it was, for some it was too late—their parents were already dead.

As soon as the news about the child migrants became known, people began to write their own memoirs and accounts of their experiences. Some of them were heartbreaking. But one thing became clear—and this is something that a writer of historical fiction must bear in mind—the charities, religious organisations and the British government who sent these children thousands of miles away from their homes and families, really thought they were doing the best for the children at that time. Many children came from poor homes and some were indeed orphans and so they believed they were giving the children a fresh start in life. Today we realise that removing a child from its parents should always be a last resort, but then things were viewed differently. What they failed to do however, was to keep an eye on the children once they were in their new homes. Many were put into orphanages or sent to farm schools. Rather than having a better life, they were used as slave labour, poorly educated and often abused.