Light's Dawn:
A Novella
(Light in the Darkness)
By Yvette Bostic 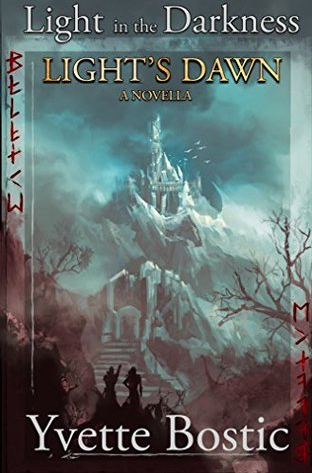 Mikel, a young merchant with the East India Trading Company, always considered fortune to be his mistress...until the Amboyan Massacre. The Dutch spare his life, but he’s forced into the deep jungles of South America to act as bait for a hidden menace picking off their scouts one by one. It works all too well: a demonic horde, drawn into the open, annihilates the entire Dutch battalion, leaving Mikel running for his life.

As he flees from the grisly battlefield, he falls in with the only other survivor of the demon attack, a Portuguese army scout named Raphael. Together, they scramble to escape the dangers of an impenetrable jungle, the pursuing demons, and their masters, a shadowy group of cultists intent on destroying the world.

Exhausted and disoriented, Mikel and Raphael are drawn to a mysterious stranger. But his gifts come with a choice: accept their destiny to fight against the darkness or allow it to consume humanity.

Light's Dawn is a stand-alone prequel to the Light in the Darkness historical fantasy series.

The next day, Raphael found himself marching south again, with another platoon of soldiers. Only this time he was in the lead. His commander instructed him to find the platoon he abandoned. The lieutenant at his side eyed him skeptically, also not believing his story about the horned creatures.
They made camp the first night, with only the threat of a lone, injured puma. It wandered into their camp, favoring one of its hind legs. One of the soldiers put it out of its misery and carried the corpse a safe distance away, so as not to attract any other predators.
The next morning the lieutenant approached Raphael.
“How much longer before we reach the clearing?” he asked.
“We should be there by mid-day, sir.”
“Good, I’d…” the lieutenant’s comment was cut short by shouts at the end of the column.
“Lieutenant!” a man with dark hair and darker eyes, raced up to the officer. Blood dripped from the arm he cradled against his chest. “The back of the column is being slaughtered!”
“Pull everyone to me and form ranks!” the officer called racing toward the end of the line.
Raphael followed with trepidation. A sense of foreboding crowding his thoughts.
The soldiers did as instructed and rallied around their lieutenant, forming a defensive rank along a curve in the road. Several more soldiers ran toward the line, each grievously injured and some carrying their fellows.
“Allow them through quickly, then reform the line!”
When the first black-scaled monster turned the corner, fear swept across the ranks.
“Hold steady! It is only one-” the lieutenant paused as two dozen more followed in the wake of their leader.
They each carried a massive axe, almost as tall as the average man. The demons themselves were heads taller than even their largest soldier. Their bare chests rippled with muscle as they tested their weapons in anticipation of the coming fight. Without warning the demons charged and the soldiers’ line collapsed.
Raphael had seen the results of the demon’s onslaught once before and knew they would not survive. He pulled two daggers from his vest as a demon approached his lieutenant. The officer lunged with his sword, but the monster batted it away with his arm. It swung its large axe in an arching loop, slicing through the man’s sword arm and cleaving a deep gouge at his waist. The lieutenant stood there in shock, holding his insides from falling out. His face paled and he looked at Raphael.
“Run!
Raphael froze in fear for a split second, until the demon turned towards him. The monster’s deep, burning red eyes bore into Raphael. His knees felt weak under the demon’s hateful gaze, but he managed to find enough strength to turn and run. A deep howl followed him as he crashed through the nearest briars. He could feel the demon close behind him, spurring his flight onward. He weaved between the trunks of the massive trees and cried out when he nearly ran over another man. He twisted to avoid him and stumbled to ground, smashing his knee against the root of a nearby tree. He flipped over to find the blond-haired scout from the Dutch army.
“Run! I’m pursued by a demon that will kill us both!” Raphael called out, struggling to his feet.
He could hear his pursuer crashing through the jungle. It would be upon them at any moment. Raphael grabbed the man’s arm, trying to encourage him to run, but as soon as he did the jungle around him burst into a blinding light. He covered his face and cried out. When he turned back towards the scout, the demon’s head rolled to a stop at his feet with a look of shock on its dark face.
Raphael pulled his gaze from the gruesome sight and looked at the man before him. In his left hand was a sword, glowing so bright it appeared to be made from light itself. The scout stared back at Raphael with confusion and wonder. He raised the blade of light in his hand, gazing at it with reverence. Then it disappeared. Raphael gasped. He had no words for what he just witnessed. 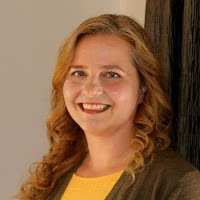 Yvette lives in the beautiful mountains of West Virginia. During the day she has a full-time career, but when she gets home and kicks off her shoes she becomes absorbed in her next novel. She enjoys the company of her ever-patient husband who believes she's lost in her computer, and three dogs who are the only ones who can drag her away from writing-mostly because she has no desire to clean up their mess.