Longshanks and the Tournament by David Pilling #Medieval #History @RobeH2


Longshanks and the Tournament
By David Pilling 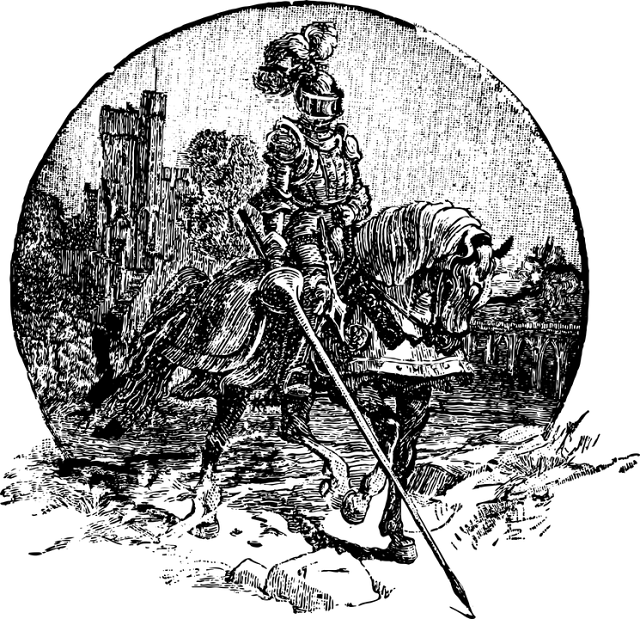 King Edward I of England (reigned 1272-1307), nicknamed ‘Longshanks’ after his great height, is remembered these days as the conqueror of Wales and Hammer of the Scots. In his own day Edward was regarded as a patron of chivalry and the knightly arts, and was a keen participant in tournaments. Unlike the later, more decorous jousts, tournaments or tourneys in the 13th century were bloody brawls in which two teams of knights fought each other for ransoms and an overall prize. They also served as a training-ground for knights to keep their fighting skills sharp during time of peace.
From Edward’s perspective the tourney was a means of demonstrating his military skills in public, thus enhancing his warlike image and knightly reputation. He made his first appearance in a tourney at Blyth in 1256, aged 17, after begging his father to let him participate. King Henry, never a lover of the sport and anxious for his son’s safety, ordered the knights to wear linen armour and use blunted swords. His well-meaning efforts to limit the bloodshed failed, and the casualties were horrific:
‘Many nobles who endeavoured to gain knightly renown there were unhorsed, beaten, crushed, and trampled underfoot; of whom one was William Longsword, who never afterwards recovered from the effect of his injuries (Matthew Paris).’
William wasn’t the only one to suffer. Paris records that Robert Quincy and John of Lexington were killed, as was Alan de Watson, a royal clerk who had unwisely swapped his quill for a sword. Roger Bigod, the Earl Marshal, was severely injured – ‘seized with a mortal complaint’ – and only with ‘great difficulty rescued from the jaws of death.’ A great many others died of their wounds or condemned never to recover. Edward himself seems to come out of it unscathed: perhaps the other combatants were wary of injuring the heir to the throne.

In a bid to work off his son’s destructive energies – and remove him from the political scene – Henry sent Edward abroad in 1260 to participate on the French tournament circuit. One hostile account claims the prince and his thuggish friends did badly, often being wounded and losing all their gear and horses. A more pro-Edwardian account claimed he ‘gained the victory in the tournament’. Edward doesn’t appear to have suffered any lasting damage. By 8th October he was back in England where he knighted two of the sons of Simon Montfort. In November he went back to France, where he once again entered the lists. In June he was gravely wounded in the melee and considered fortunate to survive.

Edward’s tourney career was postponed for several years, replaced by the serious business of war and politics. In 1267, after peace had finally been re-established, he was able to again devote some of his attention to tournaments. He and his brother, Edmund, and cousin, Henry of Almain, issued an edict lifting the prohibition on tourneys in England, and very probably took part in the great number that were then held.
There is no further record of Edward’s participation until 1274. On his way back from crusade he passed through Savoy and the south of France, where he and his knights were invited to fight in a tourney at Chalon. Edward was invited by the Count of Chalon (Chalon on the Saone in Burgundy Franche-Comté). The treacherous count brought twice as many knights and men-at-arms as the English, and intended to capture or even kill his opponent. The tourney degenerated into a real battle, and in the midst of the fighting the count engaged Edward in combat. When sword-play failed, the Frenchman tried to grip Edward round the neck and drag him from the saddle. Edward reportedly shouted ‘What do you think you are doing? Don’t think you will have my horse!” He then clapped in his spurs and rode forward, tipping his opponent out of the saddle and leaving him sprawled in the dust.

Edward now ordered his infantry to get involved. They immediately rushed into the arena and started to slaughter the Burgundian knights, cutting their saddle girths and killing men on the ground. A great number of French commoners were also slain in the general mayhem. The count tried to rally his men, but was wounded in the hand. Edward refused to accept the Frenchman’s surrender, and instead made him offer it to an ordinary knight. Unsurprisingly, the incident was remembered ever afterwards as ‘The Little Battle of Chalon.’
Chalon was Edward’s last appearance in a tourney. He was now King of England after the death of his father in 1272, and may have felt he could no longer afford to take such risks. Pope Gregory certainly held this view; he wrote letters to the new king begging him not to indulge any longer in these dangerous and harmful sports. God had spared Edward’s life in Syria, said the pontiff, and now Edward must take care of it for the sake of his subjects.

The tournament was inevitably linked with the cult of King Arthur, made famous by Geoffrey of Monmouth’s History of the Kings of Britain, published in the mid-12th century and the bestseller of its day. Edward had a deep interest in the legend, and his literary tastes seem to have been confined to Arthuriana: the Italian romancer, Rusticiana de Pisa, noted that Edward carried a copy of an Arthurian text, Meliadus, when he met the English prince in Italy. As king, Edward is known to have staged a series of ‘Round Table’ tournaments, in which Edward and his knights dressed up as King Arthur and the Knights of the Round Table. One of these theatrical displays was held at Nefyn in Gwynedd in 1284, after the conquest of Wales, another in 1305, on the site of Edward’s victory over the Scots at Falkirk seven years earlier.

Edward’s exploitation of Arthurian imagery, as well as his own martial prowess, inspired praise from contemporaries. The composer of Le Hem, for instance, a poetry account of a tourney held in France in 1285, describes the knights of England as equal to Lancelot, Gawaine and all the Round Table. Best of all was Edward himself, ‘le roi Edouwart’, the greatest and most courteous knight alive. Another French poet, Peire Cardenal, lauded Edward as ‘the best lance in the whole world.’
The Wars Of Edward I
The Leopard 1255 - 74

‘To whom shall the noble Edward be compared? Perhaps he will be rightly called a leopard…’ 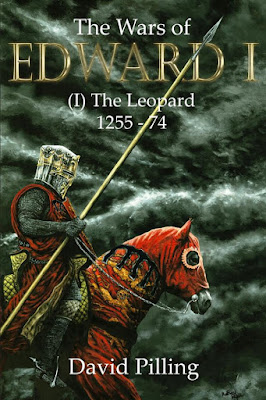 Thus the Song of Lewes, composed by a hostile poet, described Edward I of England, remembered as the conqueror of Wales and Hammer of the Scots. By comparing him to a leopard, the poet praised Edward’s pride and fierceness, but criticised his alleged treachery and falsehood.
From his youth Edward divided opinion, and still does to this day.

Few princes had to serve such a tough or prolonged military apprenticeship. Edward’s early difficulties and failures, especially in Wales, forged him into one of the ablest Plantagenet warrior-kings. His alleged inconstancy as a youth saddled him with the reputation of an oath-breaker, and his capture at the Battle of Lewes was a signal humiliation. The spectacular reversal of fortune at Evesham, and swift rise thereafter to commander-in-chief of his father’s armies, proved the making of Edward’s reputation.

Edward owed much of his contemporary fame to his prowess as a general and fighting soldier. This book is the first of a three-part study of his military career, beginning with Edward’s first experience of war as a teenager in the duchy of Gascony, ending in his last doomed march to Scotland, aged sixty-seven. Book One deals with his formative military experiences in Gascony and Wales, the Second Barons’ War and the suppression of the Disinherited, and finally his role in the ill-fated Ninth Crusade.

This is the first non-fiction book by David Pilling, author of the Leader of Battles series, Soldier of Fortune, Caesar’s Sword, Reiver, and many other tales.

The book can be purchased at Amazon US & UK in paperback and ebook formats: 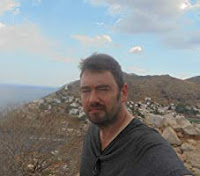 I’m an English writer and researcher, addicted to history for as long as I can remember. I spent much of my childhood dragging my parents up and down ruined castles in Wales, and the medieval period has always held a particular fascination for me. I am also interested in the Roman period, the Dark Ages and the British Civil Wars of the 17th century.