Odin in the tarot

I’ve always had an interest in tarot, and love the layers of symbolism depicted in the cards. Much the same way that mythic stories explore archetypal roles and themes central to the human experience, tarot speaks of the ‘big things’ - birth, death, love, betrayal, and yet it can also be incredibly nuanced thanks to the way the cards fall in a spread.

One card that really captured my imagination was The Hanged Man. I admit I’d never really liked the card much before. I always thought it signalled a time of waiting around (and who likes that?!) but this card has a much deeper meaning.

The Hanged Man is associated with Odin, the Allfather, who hung himself from the world tree Yggdrasil. Odin is the god of many things, including poetry, wisdom and magic. In his wanderer’s guise, he traverses the nine worlds, seeking out knowledge – and even plucked out an eye to drink from Mimir’s well of wisdom. 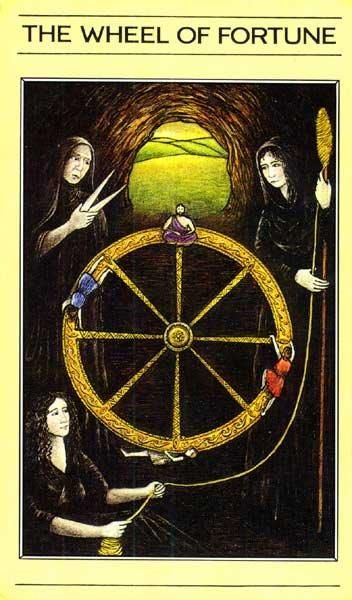 The meaning of The Hanged Man

When the Hanged Man appears in a tarot spread, it can signal that sacrifice is required. It asks what you are willing to give up in order to achieve your goals. It may be a physical thing, or letting go of a particular belief or outlook that no longer serves you.

Odin didn’t embark on an outer quest to learn the secrets of fate – he was still and went within to find enlightenment. The Hanged Man challenges us to stop ‘doing’ and instead listen to our intuition – in the card, the figure depicted literally puts his heart above his head.

In this way, The Hanged Man can be a call to surrender. If we relinquish control and are willing to look at things differently, then the answers we seek may come to us – and we’ll get our ‘A-ha!’ moment (standing on your head is optional!)

New inspiration for my story

Learning about The Hanged Man inspired me to stop trying to ‘fix’ the novel I was working on, and look at the story from a new perspective. What if I drew directly from Norse myth, but kept the character I loved and the contemporary setting?

What if there was more to the story of Odin hanging from the tree... what if his actions all those years ago had repercussions today. How might a 17-year-old girl deal with the themes of fate, sacrifice and death?