Life in the time of Cinaed Mac Alpin
By Anna Chant

Scotland in the 9th century was… well, to start with it was not called Scotland. Much of what we now call Scotland was the land of the Picts, while in the west was the Kingdom of Dal Riata, peopled by the Scots and to the south was the Kingdom of Alt Clut or Strathclyde, as it came to be known. For much of the population it would have been a basic existence, living in small dwellings such as these crannogs, with agriculture very much at the mercy of the Scottish weather. For the nobility life was less basic. The lochs and seas then, as now, were fertile fishing grounds and they would have enjoyed the thrills of the deer hunt.

But this was no isolated, cultural backwater.

There is evidence of trade with the rest of Europe at hill forts such as Dunadd in Argyle, where the presence of a footprint on a rock hints at an ancient kingship ritual. In carved stones, which survive to this day, we can see the work of skilled craftsmen, while abbeys were centres of learning, the most famous being the abbey founded by Saint Columba on Iona where the beautiful Book of Kells was at least begun.

Today the Scottish countryside is the epitome of peaceful tranquillity, but 9th century Scotland, like much of Europe, was under Viking attack. It would be easy to imagine this as plucky Scots resolutely standing up to the Vikings but the truth is more complicated. There is evidence Cinaed Mac Alpin (Kenneth I) was at one point in alliance with Vikings, while his brother and successor, Domnall (Donald I) is described as the son of a foreign wife, suggesting that he and Cinaed were half-brothers, with his mother of Norse origin. Cinaed’s son, Causantin (Constantine I) allied himself with the Viking, Ivar the Boneless, in his conflict with King Artgal of Strathclyde.
These alliances aside, there are many records of raids on the coastal settlements, including Iona and we can only begin to imagine the panic these must have caused. Even those who never experienced it must have lived in dread of attacks.

The fears of the people proved to be well founded as the Viking raids culminated in the shattering battle of 839, one of the bloodiest ever fought on British soil. Both the Scot and the Pict king were killed as were vast swathes of the nobility. And it was from this chaos that Cinaed Mac Alpin emerged.
I once, somewhat irreverently, described Cinaed as a ‘Dark Age poster boy’ and perhaps it’s time to explain exactly what I meant. The term ‘Dark Ages’ has fallen out of favour with historians. Once it was used to describe the brutal, ignorant time between the glories of ancient Rome and the splendours of the Renaissance. We now know better. This was a time with its own laws, learning and culture and was no more brutal than any other age including, perhaps, our own.
But I like the term and use it to describe the era in its most literal sense – dark as in ‘hard to see’, which it is. Crumbling ruins, archaeological finds and medieval chronicles illuminate parts like candles in the darkness but like candles, they throw up strange shadows and distortions, giving rise to the many legends of the era. Cinaed Mac Alpin is an excellent example of this.
He is a historical figure, born around the year 810. Traditionally he is believed to have been of both Pict and Scot descent, although the identity of his mother is not known. Nor is that of his wife, the subject of my first book. He likely became King of Dal Riata in 839, perhaps one of the last kings to take part in the footprint ritual at Dunadd. He gained the Pict crown a few years later when he was the first known king to be crowned at Scone, setting a tradition which would last until Charles II in 1651. He also started an even longer tradition when he brought the Stone of Destiny to Scone. This mysterious stone, said to have been the pillow of the Biblical Jacob, continues to be used in British coronation rituals to this day.

Cinaed was certainly a man of war, a formidable warrior who invaded Northumbria several times, yet he was also the man who founded Dunkeld Abbey and brought the relics of Saint Columba there for protection. He appears to have been a successful and popular king with his death from natural causes recorded with sorrow in 858 in the Annals of Ireland.
Because Cinaed with his host lives no longer
there is weeping in every house;
there is no king of his worth under heaven
as far as the borders of Rome
But Cinaed was not just a historical figure. He is also a king of legend. He is The Hardy! The Conqueror! The Uniter! With his reputation for uniting the Picts and Scots and with Scottish monarchs numbered from him, he can claim to be Scotland’s founding father, a title which I am sure would have bemused the real man.
His legends range from the glorious: He is said to have fought alongside his grandfather, King Eochaidh the Venomous, at the Battle of Athelstanford where the cross of Saint Andrew appeared in the sky to unite the Picts and Scots. 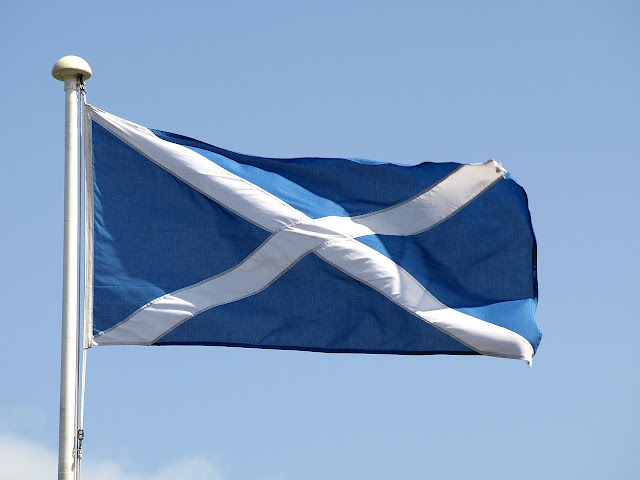 To the bloodthirsty: Mac Alpin’s Treason is one of Scotland’s Black Dinners, where Cinaed is said to have treated his rivals to some boozy revels before disposing of them in a brutal fashion.
To the bizarre: Did he really use fish skins to disguise himself as an angel to command his lazy warriors to obey him?
Can there be truth in any of these legends? The answer to that is lost to time, but this is Scotland, the land of kelpies and selkies, where even today people scan the dark waters of Loch Ness, hoping for a glimpse of a fabulous beast. Surely anything is possible!

Kenneth's Queen:
A nation everyone remembers, a woman everyone forgot...
(Women of the Dark Ages Book 1) 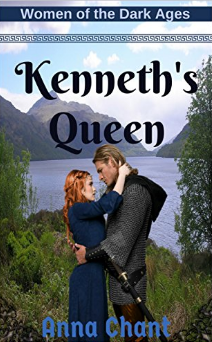 She was present at the birth of a nation.
Her descendants sit on the British throne to this day.
But history does not even record her name…

In ninth century Britain, the Picts and the Gaels are fighting for supremacy over the North. In one of their rare truces Baena, a young Pict woman is reluctantly married to a Gael warrior, son of one of the great Chiefs of Dal Riata.

Leaving behind her family and the Pict lord she had hoped to marry she travels west to the household of Alpin, where she is viewed with suspicion by many of her new kin. The collapse of the truce and the indifference of her husband leaves her position in her new land increasingly vulnerable, as war breaks out once again. Forced to forget her Pict heritage, she fears the day when she will have to make an agonising choice between the victory of her husband or her father.

Her journey will take her from the splendours of the Fortress of Dunadd to the tranquillity of the sacred Isle of Iona, where even greater danger lurks as the terrifying Norsemen plan their own attacks. However it seems her hardest battle will be to win the heart of her husband, the brave, cunning and often ruthless Cinaed as he fights his way towards a destiny that could be greater than anyone imagines…

The man known to history as Kenneth Mac Alpin


An excerpt from Kenneth's Queen - the recent marriage of Cinaed to his Pict bride is not going well...


She stood with her head bowed while Cinaed looked impatiently at her. Sighing, he reached out and took her hand. Baena was unable to help her reaction at his touch. She flinched and Cinaed dropped her hand, a look of rage spreading across his face.


“Ah, yes. I know your tastes run to a very different man,” he started in a low, angry voice. “But there shall be nothing of that nature here. I will not have my name disgraced. If you do not behave with honour and propriety at all times, you will be punished in full accordance with our laws. I trust you understand this.”

Baena nodded fearfully, although she had no idea how their laws stood on such matters.

“It is clear to me that you were allowed to run wild back in your land. That is now at an end. Here we work hard and you will be expected to bear your share. I will have no man say that the Lord Cinaed has a lazy, slattern for a wife.”

Baena’s resentment built up at the injustice of his words. She had never shirked her duties and was no stranger to the hard work needed to keep these great forts running.

Cinaed folded his arms and looked at her with narrowed eyes. “I have indeed made a very poor bargain. From this day you will strive harder to please me.” 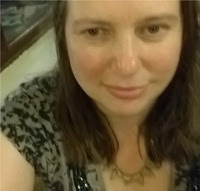 Anna Chant is a writer and mother of three from Torbay, South Devon. She grew up in Essex before moving to Yorkshire to study history at the University of Sheffield. In 2015 inspired by her love of history and her Scottish ancestry, Anna started writing her first book. Kenneth’s Queen, the tale of the unknown wife of Kenneth Mac Alpin, was published the following year. Anna has fallen in love with the Dark Ages and especially the part played by the often forgotten and uncelebrated women of the era. She plans to tell the stories of as many as possible!
Anna loves to hear from readers, you can find her : Blog • Facebook • Twitter.
Posted by Mary Anne Yarde at 07:00