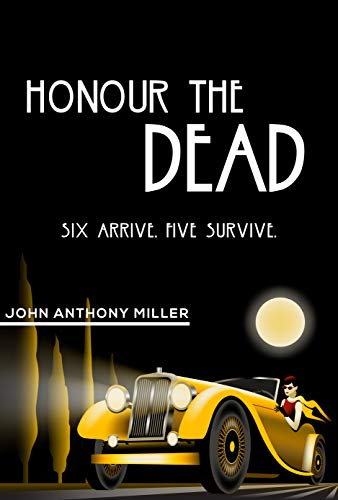 Hello, John. It is so great to see you on Myths, Legends, Books & Coffee Pots. For the readers who may not have come across your work, could you tell us a little about yourself? 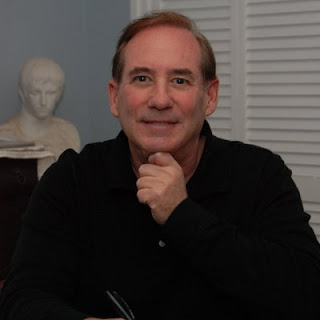 Of course! My name is John Anthony Miller. I live in the U.S., in southern New Jersey, and a life-long love of travel and history has motivated by writing. My fifth book, Honour the Dead, a historical murder mystery set in the 1920’s, has just been released.

I like to write about ordinary people compelled to do extraordinary things when faced with tragedy, like a global catastrophe or personal demons – challenges they struggle to overcome.  My first four books are about WWII, but not generals or admirals or politicians, but a reporter, a history teacher, a banker, a violinist. They become heroes, just as many other ordinary people became heroes during the global conflict, their stories difficult to imagine in a world that is now so different, but in some ways, still the same. I also like to use the location of the novel as a character, often exotic, richly described, a place where people have either been or might someday like to go. My first four books are set in Singapore, Berlin, Lisbon, and Paris. For my fifth novel, Honour the Dead, I chose Lake Como, Italy, one of the most beautiful places in the world and a personal favorite of mine.

Your books sound utterly compelling. What inspired you to write the Honour the Dead?

I was intrigued by the utter devastation wrought by the First World War, which has since been overshadowed by the cataclysmic Second World War, so I set the novel in the 1920’s. I wanted to write about survivors, people desperately trying to forget the horrific tragedies they endured, losing family and friends, neighbours and coworkers – all victims to a war waged in muddy trenches with chlorine gas, the horror amplified by modern inventions like the tank and airplane. And even in 1921, three years after the fighting ended, I wanted to show that, regardless of how bright the future might seem, the past still clings tightly, refusing to let go.

You are quite right, John. War does not end with the signing of an agreement; those who survived take their scars both physically and mentally home with them. What were the challenges you faced in researching this period of history?

I think most historical novels face the same challenges – the accurate description of daily life during the time period. I find that internet research tends to be high-level, and for the details needed to keep readers immersed in the story, I resort to books written about the time period.

I am sure all Historical Fiction authors would agree with you about the challenges of writing about their particular era. There are many books about the 1920’s. Can you tell us what sets your novel apart from those that have come before?

I think what makes Honour the Dead appealing to readers is that it crosses genres and it’s a series of contradictions. It’s a historical novel, yet a murder mystery. It’s a murder mystery, yet a psychological thriller. It takes place in an insane asylum, but in Lake Como – one of the most beautiful locations in the world. Although set in Italy, the characters are largely British. The unifying theme is that all involved suffer from the horrific tragedies of the First World War.

I am more intrigued than ever about you latest book. If I may be so bold to ask… What are you currently working on?

My literary agent already has my next novel – For Those Whose Dare – which is about an escape from East Berlin in 1961, just after the Berlin Wall was constructed. I’m now in the process of finishing a New Orleans murder mystery set in 1926 – Sinner, Saint, or Serpent – in which three strong female characters are suspects in the murder of a wealthy, but ruthless, businessman. And once that’s completed, it’ll be time to start another. I may return to WWII, or explore a completely different time period. History gives us so much to work with – don’t you agree?

I do indeed. Thank you so much for stopping by and chatting with me today.

It has been a pleasure, Mary Anne. I hope your followers enjoy reading Honour the Dead as much as I enjoyed writing it.

I am sure they will.

Honour the Dead is about six English survivors of WWI who converge on Lake Como, Italy in 1921: four men, two women = one corpse and one killer.

Penelope Jones, a wealthy socialite, is admitted to Lakeside Sanitarium, convinced someone is trying to kill her. Her husband, Alexander Cavendish, a WWI hero, is having an affair with her closest friend and owes gambling debts to Billy Flynn, a London gangster. Her father, Wellington Jones, is fighting the collapse of his business empire, and knows about Cavendish’s affair and gambling debts. Wellington needs money desperately and knows Penelope will inherit Cavendish’s estate, should anything happen to him. Dr. Joseph Barnett, Penelope’s doctor, struggles to control images of a war he can’t forget. He despises Cavendish, having served with him in the war. Barnett doesn’t see a war hero, but a despicable murderer who forced young men to die. Rose Barnett, the doctor’s wife, is a famous poet with a sordid secret. Rose was a nurse in France during the war, where she committed five mercy killings on horrifically wounded soldiers. Cavendish, the only witness, is blackmailing her. Who is the corpse and who is the killer?