History and Truth
By Richard Buxton
I would argue that all writers bear a responsibility to write ethically and consider the impact of their stories, but writers of historical fiction have a burden that is peculiar to them, the burden of history. Contemporary writers need to set their fiction in a world that is recognisable as the present but they can otherwise largely do as they will with plots and characters. Science fiction writers can invent whole new dystopian worlds, tamper with the laws of science and no one will bat an eye, but play with history and some will cry foul. You can’t change what has already happened, history is the truth, history is sacrosanct.
But is history truth? Hilary Mantel doesn’t think so. In her 2017 Reith lectures she described history as ‘the method we’ve evolved for organising our ignorance of the past.’ History is, she says, ‘the multiplication of the evidence of fallible and biased witnesses combined with incomplete accounts of actions not fully understood by the people who performed them.’
Strong words. By the time Hilary was done beating up the historical record it left me wondering if I could rely on history books at all. Of course, it depends to some extent which part of history you are dealing with. Hilary writes about the Tudors, a reasonably opaque period with lots of room for fictional hypotheses, hence the plethora of Tudor novels. If you were writing about the Dark Ages, then we move from opaque to positively, well, dark! Surely I’m safe in my own chosen time of the American Civil War? I have access to huge numbers of personal accounts and diaries, ‘official’ military histories, even a few early photos. Read on…
In my first novel, Whirligig, I needed someone in the Union Army who would have a higher view of events than my fictional hero, Shire, who was experiencing the war at the ‘what the hell’s going on?’ level of a rank and file private. I happily discovered the wonderful, and very historically real, Colonel Emerson Opdycke of the 125th Ohio. I placed Shire in this regiment but made use of Emerson on occasion to provide a more elevated and educated view. I had access to his letters, written home to his wife Lucy every few days, detailing events and venting his opinions about incompetent Union generals. For a lowly Colonel he was well connected to brigade and division commanders, allowing me to imagine friendships that in practice may not have been quite so open.


It’s a strange thing, to come to know someone through their personal letters a hundred and fifty years after the events they describe. It’s a one-way relationship, obviously, but a relationship all the same. I was putting words in Emerson’s mouth, thoughts in his mind. I could reasonably argue that these were in character as I had read his letters but it’s still an imposition. And then I started to discover that these cast iron letters, often written the day after a battle were sometimes wrong, at least when compared to the accepted historical record. It comes back to Hilary, ‘the evidence of fallible and biased witnesses…’. The official military history of the battles of the civil war is only a distillation of personal accounts, but imagine the chaos in which those accounts were born. Emerson’s version of events often contradicts what later became accepted truth. Should I go against Emerson’s letters or against the official history? Either way I’m tampering with one or other version of the truth. That’s the thing about history, it doesn’t always agree with itself.
So far, I’m the victim of an inconsistent history, but sometimes I’m the villain. There came a time in the novel where I needed a witness to a key decision that changed the course of a battle. It’s a real event, though much argued over by historians. I have no evidence that Opdycke was there. He would have written about it if he was, but I needed my witness, so I contrived to have him on hand. What were my alternatives?
1.    Skip the event. Couldn’t: the decision steered everything that followed and besides, this was a piece of history I wanted to portray.
2.    Have Opdycke hear about it second hand. Feeble. We need to see the moment.
3.    Employ another character as a witness. Too many Point of View characters tends to weaken a novel. The reader can only empathise with so many.
There is some penance you can pay for playing fast and loose with the facts and that’s by employing an historical note. I thank Bernard Cornwell for this. I devoured book after book of his ‘Sharpe’ series, fully engrossed in the events and the battles. But after the last musket sounded and the French eagle was captured, there was always his historical note, admitting where Bernard had diverged from history for the sake of the narrative. I did the same in Whirligig. Confession is good for the soul, but we shouldn’t feel too guilty. We are writing Historical Fiction after all. All you need to decide is what’s your personal mix of history and fiction. Where are your red lines?
When giving talks on historical fiction I have a device to discuss this. Imagine a horizontal line with history at one end and fiction at the other and then imagine placing books somewhere along the line. If a book was right at the history end, then you are not a fiction writer at all, you are, in fact, a historian. Conversely, if you are fully at the fiction end, then you are certainly not writing historical fiction as there is no history. Now consider some of your favourite historical fiction writers or books and try to place them somewhere in between. Here’s a few from my world.
‘The Killer Angels’ is a Pulitzer Prize winning novel by Michael Shaara that covers the events of the battle of Gettysburg. It’s a wonderful book and heavily researched. It would certainly be tight to the history end of our line. Shaara employs only one fictional character, an Irish sergeant in the Union army called Buster Kilrain. A Gettysburg tour guide recently told me how visitors come to the battlefield having read the book or having seen the subsequent movie and ask why Buster isn’t listed on the memorials. He has to break it to them that Buster never existed and watch their disappointment. Other than Buster, Shaara is as close to a historian as a fiction writer can get,
Let’s go to the other end of the line. ‘Days Without End’ is a novel by Sebastian Barry set in the civil war. It won the Costa Novel Award in 2016. Barry confesses that it’s somewhat a fantasy, he wanted the backdrop of the war for his story. He’s a little vague on army movements, where the battles were and what the dates are. He’s not misleading, just not precise. Yet the action scenes, particularly a buffalo hunt, are some of the most visceral and absorbing I’ve ever read. It proves that you don’t need to overdo the historical record to evoke the period.
Take ‘The Red Badge of Courage’ by Stephen Crane, an account of a young man’s first battle. It was written just a few decades after the war and has been celebrated as an evocative piece of fiction ever since. Crane quite deliberately avoids naming the battle or the date. He tends also not to name the characters directly, referring to the main character as the ‘Youth’ for most of the story. This vagueness on the facts somehow allows us to focus more on the emotion, sink more into the experience. Where would I place this book on the line? I’d say it tends towards the fiction end but at the same time feels more authentic, truer to the period.
The lesson for me when considering this was beware how much historical fact you put into your writing, it can dry out the scenes, wither the emotion. Whose approach do you come close to? When you’ve mentally placed a few books on my history-fiction line, try placing your own work on there.

Having spent so much time studying Emerson and then living in his head, I felt I needed to visit. His grave is in his hometown of Warren, Ohio, a long way from my usual research ground of Georgia and Tennessee when I’m in America, but there was a debt owing here so I made the day long drive. Warren is in the rustbelt, a run-down town past its best. Emerson’s tomb is in the Victorian section of Oakwood Cemetery. I’m glad I went. Opdycke serves the same purpose in my next novel, The Copper Road, so he and I have a little further to go. Apart from paying my respects, visiting his tomb made Opdycke more real. It’ll keep me as honest as I can be.

If you are writing historical fiction, your encounter with times gone by will be different to mine, the touchpoints with people, places and events a function of your chosen period and how your imagination dovetails with history, but consciously or unconsciously, you, and only you, will have to decide on your particular relationship with the past. 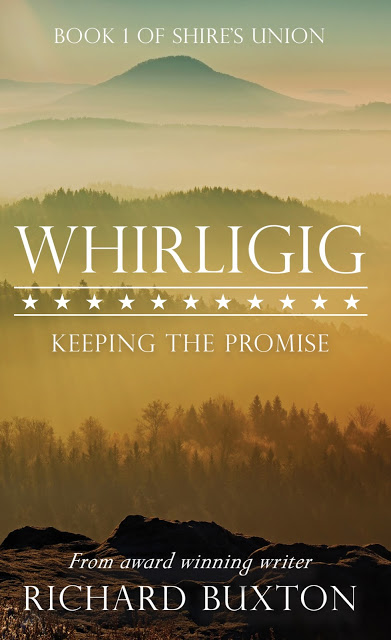 Shire leaves his home and his life in Victorian England for the sake of a childhood promise, a promise that pulls him into the bleeding heart of the American Civil War. Lost in the bloody battlefields of the West, he discovers a second home for his loyalty.
Clara believes she has escaped from a predictable future of obligation and privilege, but her new life in the Appalachian Hills of Tennessee is decaying around her. In the mansion of Comrie, long hidden secrets are being slowly exhumed by a war that creeps ever closer.
The first novel from multi-award winning short-story writer Richard Buxton, Whirligig is at once an outsider’s odyssey through the battle for Tennessee, a touching story of impossible love, and a portrait of America at war with itself. Self-interest and conflict, betrayal and passion, all fuse into a fateful climax. 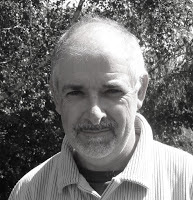 Richard Buxton grew up in Wales but has lived in Sussex for the last thirty years. He is a 2015 graduate of the Creative Writing Masters programme at Chichester University. He studied in America during his twenties and tries to return there as often as he can for research and inspiration. His writing successes include winning the Exeter Story Prize, the Bedford International Writing Competition and the Nivalis Short Story award. His US Civil War novel, Whirligig, released spring 2017, was shortlisted for the 2017 Rubery International Book Award and was awarded a Silver Medal at the Wishing Shelf Awards.
Richard loves to hear from reader, you can find him: Website • Facebook • Twitter.