Why did Guy Fawkes and the Gunpowder Plot fail? By Tony Morgan #GunpowderPlot #Stuarts #History @MorgantheBook

Why did Guy Fawkes and the Gunpowder Plot fail?
By Tony Morgan


November 5th is arguably the most infamous date in the UK calendar. On this day in 1605 Guy Fawkes intended to detonate a cache of gunpowder, destroy Parliament, murder Protestant King James I and kill many others.

If the “blow” had succeeded, the plotters would have attempted to kidnap the king’s nine-year-old daughter Elizabeth, convert her to Catholicism and implement regime change. I’ve researched and written about the background, motives and potential alternative outcomes of the Gunpowder Plot. This time I’d like to explore a different question – “Why did Fawkes and the Gunpowder Plot fail?”.

The group’s talisman, Robert Catesby, had good reason for believing his plans would succeed. He’d assembled a committed group of supporters, closely connected through family, friendship and religious fervour. All wanted to see the end to state sponsored persecution of Catholicism in their country.

Several of the plotters were skilled swordsmen. These included Catesby and the Wright brothers, Kit and Jack, who’d shared their school days with Guy Fawkes in York. Fawkes, himself, was an explosives expert. He’d fought for the Spanish Catholic cause in the Low Countries for over a decade. 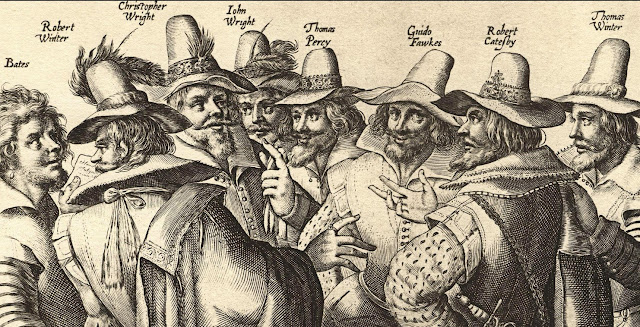 Plots on this scale don’t come cheap. In addition to the London operation, Catesby needed men, horses and arms in the Midlands to support an armed uprising. His hope was once this started, they’d receive support from Spain. Although Catesby’s group weren’t billionaires they weren’t poor either. They had money and if they needed more they could bring in new recruits and tap their pockets. This is why Catesby brought his cousin Francis Tresham into the fold.

In Thomas Percy the group had a man with connections. He used his relationship with the Earl of Northumberland to receive an honorary role in the gentleman pensioners, the King’s elite bodyguard. This gave him reason to rent a house in Westminster. From here some believe the plotters attempted to construct a tunnel underneath Parliament.

With the tunnel failing, Percy had a stroke of luck and was able to rent an under-croft storeroom adjacent to Parliament House. The group transported 36 barrels of gunpowder from Catesby’s house in Lambeth across the Thames to the under-croft, hiding it beneath stacks of firewood.


Fawkes was tasked with guarding the explosives until Parliament opened. His face was unknown in London. He worked in disguise as Percy’s servant John Johnson from Netherdale (Nidderdale) in Yorkshire, where Percy and Fawkes had strong family connections. When undercover it’s good to have a backstory you believe in.

Although there was no CCTV or facial recognition in the 17th Century there was surveillance. The Secretary of State Robert Cecil saw to that. Spymaster General Cecil had eyes and ears everywhere, in England and beyond. Although a stranger to London Fawkes’s name was probably on a list.

With the security apparatus on high alert due to the “main” and “bye” plots, it appears very likely Cecil’s network would have picked up some chatter of a potential plot. This could have included snippets of gossip, information about the illegal purchase of gunpowder or something more substantial. Some believe Cecil knew about Catesby’s plans and surreptitiously allowed them to progress, ready to time his strike to maximise the political capital.

The authorities received their big break at the end of October. An anonymous letter was delivered to Catholic Lord Monteagle. In cryptic terms, the correspondence warned Monteagle to avoid Parliament for his own safety. Unfortunately for the plotters, the closing “burn after reading” message wasn’t heeded. Instead Monteagle took the letter to Robert Cecil and the Privy Council. For some reason Cecil didn't alert the king for several days, waiting until James returned to London from a hunting trip.

On the 4th November search parties were sent to scour the area around Parliament on the look-out for anything suspicious. Fawkes was discovered in the under-croft but bluffed his way through the encounter. The storeroom wasn’t searched. With less than 24 hours to the opening of Parliament, it appeared the Gunpowder Plot could still succeed. Catesby left London for the Midlands to meet a group led by Sir Everard Digby, who’d been tasked with capturing Elizabeth.

Later that evening a second search was initiated. Government officials returned to the under-croft. This time Fawkes had a pocket watch to time lighting the fuse and was wearing his spurs. Guy Fawkes was no suicide bomber. After a short struggle Fawkes was arrested and the gunpowder uncovered. He was taken to the King. Under interrogation he stuck to his cover. When asked what he planned to do with the gunpowder he declared he planned "to blow you Scotch beggars back to your native mountains". Fawkes was taken to the Tower of London, with James signing the papers to authorise his torture.

The remaining plotters fled north. News of Fawkes’s arrest reached Catesby on the road to the Midlands. When Catesby’s group rendezvoused with Digby’s party, the men started to evaporate, with a task force despatched to hunt them down.

The remaining group took shelter in Holbeche House. During their journey their gunpowder had become damp, so they placed it next to the fire to dry. In an ironic turn of events, a spark ignited the powder and several of the men were badly injured. Soon after, the house was attacked. Catesby, the Wrights, Percy and a number of others were killed. The survivors and a few escapees were rounded up and sent to London to join Fawkes in the Tower, where the rack had broken him. Fawkes reverted to his true name and confessed. In January 1606 he was hung drawn and quartered along with seven of his fellow plotters.

Why did the Gunpowder Plot fail? Was it bad planning, bad luck or something else? There appears to be two main reasons, or perhaps one, Robert Cecil. His network of spies were pervasive. They included servants in many households. Perhaps he was aware of the plot before the second key factor came to light, the Monteagle letter.

We still don’t know for sure who wrote the letter, although three of the plotters had very strong motives. Francis Tresham’s sister was married to Lord Monteagle. Catesby’s right hand man, Thomas Wintour, used to work for the Lord and Monteagle owed a lot of money to Thomas Percy. Dead men make poor debtors.

Others think Monteagle manufactured the letter to clear himself of suspicion, after being told of the plot by his wife. Then we come back to Robert Cecil. Many think he knew the details all along and used the letter as a ruse to bring down Catesby and Fawkes at the very last moment. I have my own suspicions but until the invention of the time machine we’ll never know for sure. And this is what makes the letter such a great historical mystery.

If like me, you have a fascination for the Gunpowder Plot and perhaps want to find out who I think wrote the letter, you may enjoy my first novel.

Remember, Remember the 6th of November 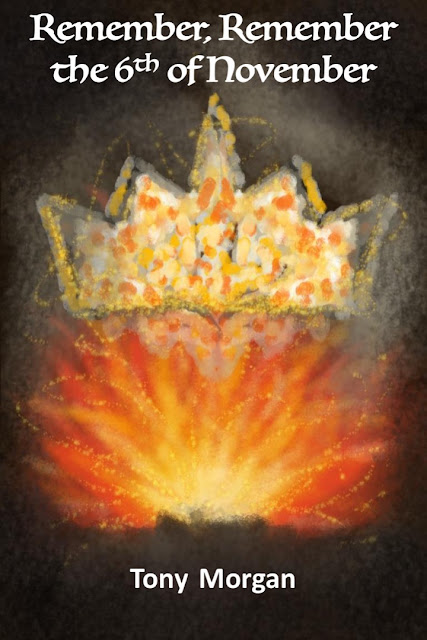 Remember, Remember the 6th of November is a thrilling retelling of the story of Guy Fawkes and the Gunpowder Plot. Perfect for lovers of the books of C.J. Sansom and S. J. Parris.

If you prefer alternative history, and wonder what may have happened if the Plot had succeeded and Elizabeth became Queen, try my second novel. 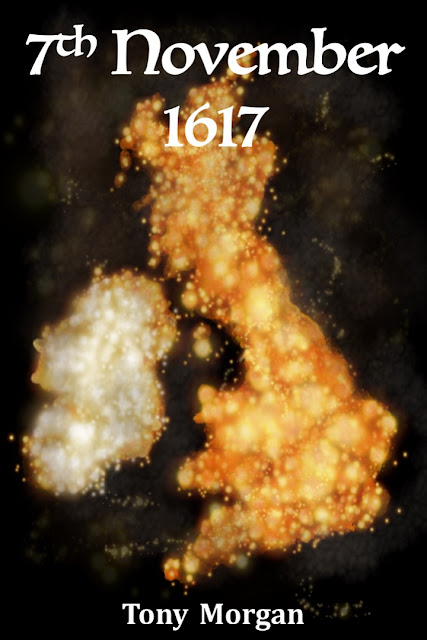 7th November 1617 is the exciting sequel to Remember, Remember the 6th of November - a thrilling alternate history filled with secrets, treachery and intrigue. Perfect for lovers of the books of C.J. Sansom and S. J. Parris.

The Gunpowder Plot has succeeded. King James I is dead. His daughter Queen Elizabeth II has transformed England into a beacon of religious tolerance but conflict is brewing across Europe and there is trouble in Ireland. A peace envoy is needed. Everard Digby appears the perfect choice but he’s a man with a secret past the Queen must never discover…

All profits from both books in 2018 are being donated to St Leonard’s Hospice in York, which provides specialist palliative care and support for people with life limiting illnesses. St Leonard’s provides great care free of charge to patients and their families but of course it’s not free to provide. By buying a book you’ll get a great read and support this great cause at the same time. Thank you! 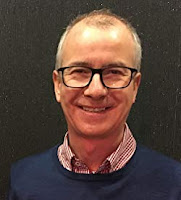 Tony Morgan is a Welsh author living in Yorkshire in the UK, near to the birth place of Guy Fawkes.

His books have been described as a perfect read for lovers of the works of C.J. Sansom and S. J. Parris and anyone interested in how historic events have shaped our own times.