Book Cover of the Month 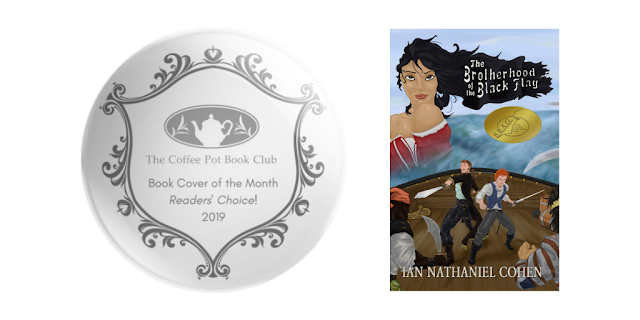 The Brotherhood of the Black Flag
By Ian Nathaniel Cohen 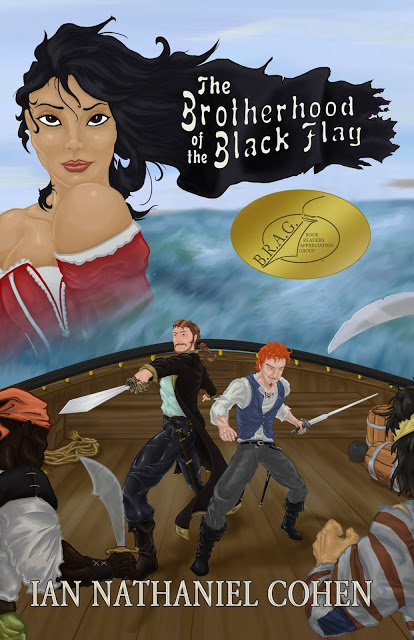 His once-promising naval career in tatters, Michael McNamara leaves the newly-United Kingdom behind in search of a new life. With no other skills but the sword, he joins forces with a pirate turned pirate hunter, determined to rid the Caribbean of the Brotherhood of the Black Flag once and for all.

Eager for a worthy cause to fight for, McNamara pits himself against treacherous seas and battle-hardened buccaneers... and uncovers an international conspiracy that threatens the lives of thousands.
"Cohen delivers a solid, compelling, and briskly paced story that blends adventure and romance within a rich historical setting."

Ian Nathaniel Cohen
Ian Nathaniel Cohen is a native of Miami, Florida, where he grew up immersing himself in swashbuckler literature and film. He graduated from the University of Central Florida in 2003 with a BA in Radio/Television Production and a Minor's Certificate in Applied Computer Science. He also received his MA in Asian Studies from Florida International University in 2006, where he teaches the course Asia Through Film as an adjunct lecturer. In 2010, his essay "Heroes & Villains of the East", analyzing the evolving depiction of the Japanese in Chinese and Hong Kong martial arts cinema, was published in FIU's Japan Studies Journal.