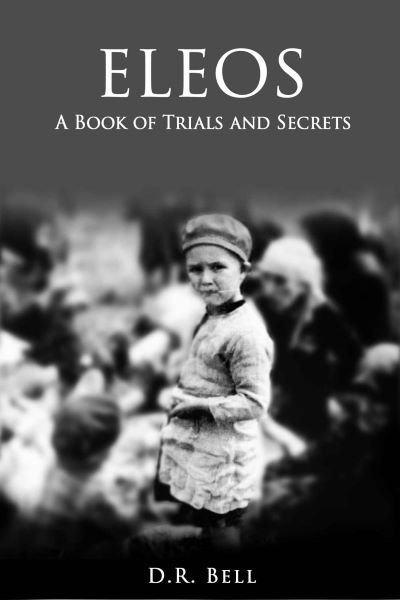 The discovery of a valise of old letters written to his Armenian grandfather from an Auschwitz survivor starts Avi Arutiyan on an odyssey to uncover the mystery surrounding his grandfather’s unsolved death. From the killing fields of Anatolia to the trial of Adolf Eichmann, Avi’s quest opens a door into intersecting paths and dark secrets of three families, stretching back to 1915.
How do these things happen time and again: the Holocaust was preceded by the Armenian Genocide, and followed by the killing fields of Cambodia, Rwanda, and Bosnia. Who were the people behind them? Eleos is a story of saviors and murderers, of bystanders and of those that don’t fall into an easy-to-classify category. Hopefully the book can serve as a reminder to protect our own humanity, because ultimately the battlefield is inside all of us.
Praise for Eleos
“Bell masterfully combines his mystery story with an unflinching look at the 20th century’s bleakest tragedies. A beautiful . . . challengingly complex tale of the ramifications of history.”
Kirkus Reviews

In the glass cage, the little man listened, unmoved. He didn’t consider himself guilty. Not in the sense of indictment. You see a man alone, isolated and despised, and you want to pity that man. But not him. I couldn’t understand him human-to-human; he was somehow from a different place. He had all the physical characteristics of a human being and yet he was different. What did the extermination even mean to him? He didn’t remember where, when and how many he sent to their deaths. But he remembered nice dinners he had. From the Wannsee conference that planned a mass murder, he remembered having cognac by the fireplace. Here was Adolf Eichmann, in the dock, very ordinary, very harmless. But when he had the power…  If they won the war, what would he have looked like?

That night I had another dream of dancing children. They wore school uniforms, the girls in white blouses and dark-blue skirts, the boys in white short-sleeves and black pants. Shirts and blouses were emblazed with a school logo of a tree being consumed by a fire. I couldn’t see their faces in the darkness. The children took each other’s hands and formed a large circle. All, but one boy that held a torch. The boy threw the torch into the middle and a great pyre lit up, hissing and crackling. I was outside of their circle and even there I felt the immense heat and took a step back. But the children didn’t mind. The boy that had the torch joined the circle, and they began to dance: two steps counterclockwise, kicked off their left leg, then their right one, two more steps. They danced silently, with the roar of the pyre being the only terrible music. Their faces were lit up by the orange flames, but I still couldn’t see their features. They went faster and faster. Soon they were dancing on their toes. And then they defied gravity and rose off the cold ground, first by a foot, then a yard, then the circle became a beautiful rotating blur that went up higher and higher, above the pyre, above the embers, into the dark sky.

I woke up in a cold sweat and remembered that we had school children visit the museum two days prior, and last night I walked by a building where they burned some old leaves.

Ten weeks into the trial, Eichmann finally took the stand. He looked different, grayish, afraid at last. In a low voice he told us the story of his misfortune. He was no anti-Semite. He was nobody important; he just happened to have taken up Jews as his specialty. He worked to help the Jews. He had always sought peaceful solutions, but like Pontius Pilate he had no choice. He never acted on his own initiative. Documents had been altered. Colleagues lied. He did not remember this, and he did not remember that. 115 skeletons for research? He did not remember. His name in the letter? OK, but he was not authorized. In Hungary, he was “marginally involved.” He was simply an “observer.” He was “unlucky.” He was the victim. The Washington Post found “dignity” in Eichmann.

For two months in that courtroom, he was a puzzle, an enigma to me. I couldn’t grasp the essence of his humanity. Until he opened his mouth and said that one sentence:

“The question of conscience is a matter for the head of the state.”

And that’s when I finally saw inside of him. Human beings have a conscience. Sometimes we blocked it in order to survive a bit longer, but it was always there. He didn’t have one, he gave his up voluntarily and permanently. He was a clever, malevolent non-human that feasted on power.

During the Blog Tour, we are giving away one eBook and one paperback copy of ELEOS! You can enter HERE!

• Giveaway ends at 11:59 pm EST on July 15th. You must be 18 or older to enter.
• Giveaway is open internationally.
• Only one entry per household.
• All giveaway entrants agree to be honest and not cheat the systems; any suspicion of fraud is decided upon by blog/site owner and the sponsor, and entrants may be disqualified at our discretion.
• The winner has 48 hours to claim prize or a new winner is chosen.

Pick up your copy of
Eleos
Amazon UK • Amazon US 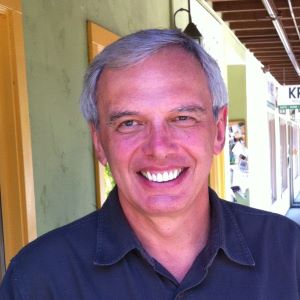 I didn’t plan to become a writer. A few years ago, a friend’s death prompted me to ask what would be the one thing I regret not doing. I’ve always been an avid reader but have not had the courage to write. And I made a New Year resolution to write a book. That’s how The Great Game came about. I try to write about serious topics but wrap them into an action-filled story. While all my books are entirely fictional, each of them carries a Commentary how the fiction is rooted in facts and realities of current events.
The first three books – The Metronome, The Great Game, and The Outer Circle – form a trilogy, where the lives the seemingly unconnected characters intersect against the backdrop of a turbulent power game between United States, China, and Russia. Unfortunately, some of the events described there are now happening in real life.
Marshland is a detective story set in modern Los Angeles, focused on the impact that internet and social media can have on our lives and their potential for unscrupulous abuse by those in power.
The latest project, Eleos, is a historic fiction set primarily during the time of the Eichmann’s trial. In a way, it’s a personal investigation into how events like the Holocaust and the Armenian Genocide become possible.
Connect with D.R. Bell: