#HistoricalFiction author, J.R. Lindermuth, is talking about what inspired him to start writing. He is also sharing an excerpt of his fabulous book — The Bartered Body @jrlindermuth

I believe writers are influenced by the places they live and the people they meet along the way.
As writers, whether we love or loathe these places and people, they tend to show up in our work.
I know it's true for me. Most of my published novels, non-fiction and short stories are set in places where I've lived. I grew up, and now live again, in Pennsylvania's anthracite coal region, right on the edge of what's known as the Pennsylvania Dutch country. 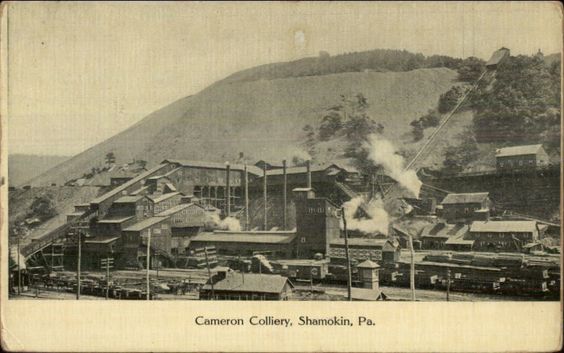 My environment is a mix of what some might term bleak and harsh (the area ravaged by centuries of coal mining and now depressed by lack of economic opportunity) and the more romantic Amish and non-Amish tourist destinations. In fact, there's beauty and despair to be found in both regions.
The beauty can be found in both scenery and people, though it may be less obvious in the former setting.
It's been said, the best part of history is story. My area is rife with history and stories illustrative of that history which have inspired me for most of my life.
My paternal grandfather was a storyteller and, if genes have anything to do with it, launched me on the same path.
Pop was a railroader forced into early retirement by a heart condition. As a boy, I spent much time in his company listening to his tales about his boyhood, railroading, miners, the Molly Maguires and other topics of interest.
I was also an early reader and soon developed a desire to create stories of my own. I remember writing some stories before high school, but that's where it really got started. The draft (Vietnam era) interrupted college plans. The Army sent me to a military version of J-school and I eventually became editor of a division newspaper in South Korea. Paraphrasing Melville I might say the Army was my Harvard and Korea my Yale. 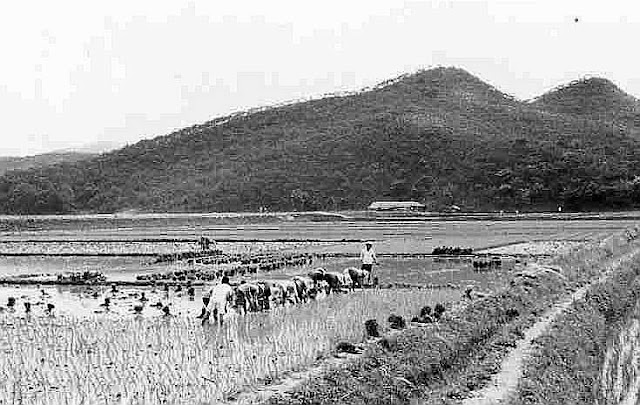 After military service, I remained in Korea for a time working as a copy editor for North Asia Press. Returning stateside, I worked first as a reporter on a small weekly, then on to several dailies covering most every beat and editing slot before finally retiring in 2000 from my hometown daily.
Since retiring I continue to write a weekly local history column for the paper and serve as librarian for the county historical society where I assist patrons with genealogy and research. (Fort Augusta photo)
I'd published short stories and articles throughout my newspaper career but my first novel didn't come until three years into retirement. As might be expected, it was based on local history.
I've now published 20 novels and two regional histories. The novels are a mix of mysteries and historical fiction (including three westerns).
My most recent novel is The Bartered Body, third in the Sheriff Tilghman mystery series set in a fictional coal region community in the 1890s. 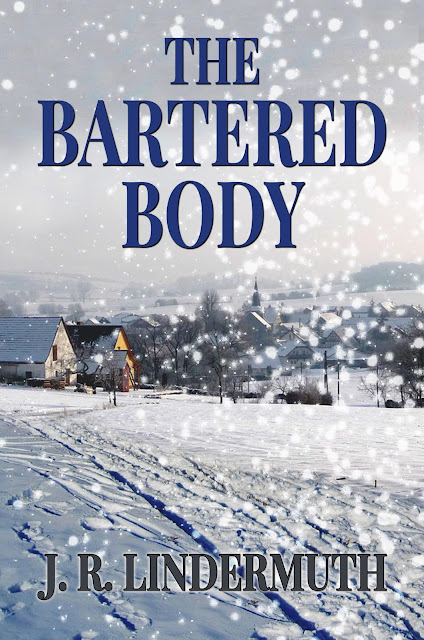 Why would thieves steal the body of a dead woman?
That’s the most challenging question yet to be faced by Sylvester Tilghman, the third of his family to serve as sheriff of Arahpot, Jordan County, Pennsylvania, in the waning days of the 19th century.
And it’s not just any body but that of Mrs. Arbuckle, Nathan Zimmerman’s late mother-in-law. Zimmerman is burgess of Arahpot and Tilghman’s boss, which puts more than a little pressure on the sheriff to solve the crime in a hurry.
Syl’s investigation is complicated by the arrival in town of a former flame who threatens his relationship with his sweetheart Lydia Longlow; clashes with his old enemy, former burgess McLean Ruppenthal; a string of armed robberies, and a record snowstorm that shuts down train traffic, cuts off telegraph service and freezes cattle in the fields.

“She’s gone,” Virgil Follmer said.
“What? Who?”
Virgil’s head shot forward, his face going red as he rose up on the toes of his boots in an effort to appear taller than he actually is. “Dammit, Tilghman,” he bellowed, “open your ears. Don’t make me repeat myself. Time’s a-wastin’.”
Virgil’s our town undertaker and generally the most docile, quiet man you’d ever want to meet. So, seeing him get this excited, I knew something terrible must have happened. “Calm down,” I told him. “I’m not a mind-reader. You’ll have to explain if you want my help. Now—who’s missing?’
“Why Mrs. Arbuckle, of course. Somebody’s stole her body. Zimmerman’s gonna have a fit.”
The late Mrs. Arbuckle was Nathan Zimmerman’s mother-in-law. Zimmerman is burgess of Arahpot, which makes him my boss. This news imposed a bit more urgency on my response. “I’ll get my hat and coat and be right with you,” I told Virgil.
I’d just returned home and was heating up a pot of soup Doc Mariner’s wife had sent over when Follmer commenced pounding on my door.
He waited impatiently by the door while I took the pot off the stove and got my garments. “If you’d subscribe for phone service a body wouldn’t have to go runnin’ half way across town to fetch you,” Virgil snarled.
I’m the third of my family to hold the job of sheriff here in Arahpot, Jordan County, Pennsylvania, and I take my responsibilities seriously. But I have enough people yammering at me during the day at the office and prefer not to make it so convenient for them once I’m home for the evening. Of course I didn’t explain this to Virgil. Instead, as we strode down the hill toward town, I asked, “Didn’t you stop at the office? Cyrus should be there.”
Virgil huffed. “If I’d wanted your deputy, I’da gone there. Thought this was important enough for your attention.”
I couldn’t dispute his remark.
Slush from the last snow made walking precarious and we had to concentrate on where we stepped to avoid slipping. It didn’t prevent Virgil from continuing to harp on the subject of the telephone.
“I’m sure Miss Longlow would have seized the opportunity for the telephone contract if she’d known about it in time,” he said.
I couldn’t argue the point. Lydia is one of the most astute business women I know and she certainly would have added the telephone to her various enterprises if McLean Ruppenthal hadn’t got the jump on her with prior knowledge—one of the benefits of being on the borough council, I suppose. He got the telephone franchise and has his sister Cora operating the switchboard. That makes him privy to many of the secrets in town—another advantage I’m certain he hasn’t overlooked.
Still, this wasn’t the subject on my mind at the moment. “Never mind all that for now,” I said. “Why don’t you fill me in on what happened before we get to your place and I have to face Zimmerman.”
Virgil gave me a look like a startled deer. “God, I haven’t told him yet. I wanted to talk to you first.”
“Well, you haven’t told me a thing so far—other than that the old lady’s body is missing. How’d it happen?” I drew my collar closer round my neck against the damp chill of the evening, wishing I’d have thought to bring the nice warm scarf Lydia has knit for me.
Follmer heaved a sigh and skipped his short legs in an effort to catch up to my longer pace. “I wish to heaven I knew how it happened. We had her all laid out nice in the coffin, set to deliver her for the viewing. Before goin’ out for supper I stepped in to make sure all was in readiness. The casket was empty. Syl, I know that old lady didn’t get up and walk out of my place on her own.”
“That don’t make a bit of sense, Virgil. Why would someone steal a body?”
“I don’t know. But they sure as heck did.”
‘I take it Floyd helped with the layin’ out,” I said, referring to Virgil’s assistant.
“Course he did.”
“Maybe he moved the body and you looked in the wrong coffin.”
He peered at me as though my remark was the most idiotic he’d ever heard. “Why would he do that? I know which casket I put her in.”
I shrugged. “Just a thought.”

A retired newspaper editor, J. R. Lindermuth is the author of 20 novels and two regional histories. Since retiring, he has served as librarian of his county historical society where he assists patrons with genealogy and research. His short stories and articles have appeared in a variety of magazines. He is a member of International Thriller Writers and the Short Mystery Fiction Society, where he served a term as vice president.
Connect with J. R. Lindermuth: Website • Facebook • Twitter • Goodreads • Amazon Author Page.

Book Of The Month

The Year the Swans Came by Barbara Spencer