#HistoricalRomance author, April Munday, is talking about the inspiration behind her fabulous series — The Soldiers of Fortune @AprilMunday

The Mercenary’s Tale
By April Munday 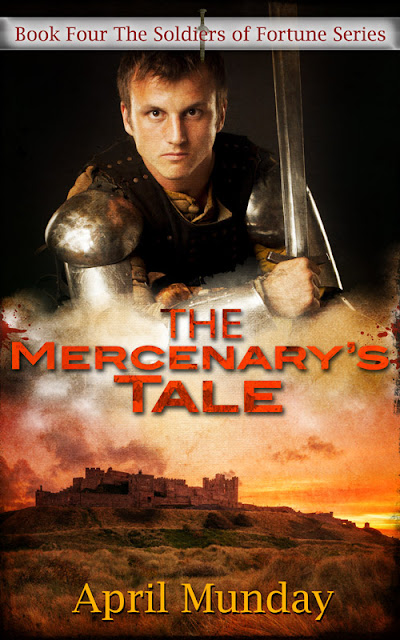 1366
Aymer Montfort has been a mercenary for ten years, but it’s time for him to return home and make his peace with the brother who accused him of murder. He is less than enthusiastic when he is persuaded to take a beggar with him to England.

Melissant de la Chapelle set out on a pilgrimage with a father and servants. After their murders, she’s alone and penniless. She has been begging in Calais for a month when Aymer rescues her. His kindness makes it easy for her to fall in love with him, but all he seems to care about is ridding himself of her as soon as possible.
The journey home is more dangerous than either of them could have imagined.

Some years ago I read a book about the concept and practice of pilgrimage in the Middle Ages. It was a fascinating book, and one of the things that stayed with me after I read it was the story of a young woman who was on a pilgrimage with her father and their servant. The father and the servant were murdered and the small group’s money stolen, leaving the woman alone in a town far from home with no one to protect her and no means of feeding or housing herself.
It’s the sort of thing that must have happened fairly frequently, for pilgrims, especially at the beginning of their journey, often carried a lot of money: going on a pilgrimage could be an expensive business. English pilgrims had to pay to cross the Channel by boat, then there were all kinds of tolls to cross bridges and enter towns along the route. Pilgrims were supposed to be exempt from most tolls, but the exemption wasn’t always observed. Often pilgrims could find free accommodation and a meal in monasteries and hostels run by monasteries, but inns would always charge. Sleeping under the stars was free, but it wasn’t always a good idea, even if you were part of a large group. Apart from the possibility of being exposed to inclement weather, there was always the chance of being attacked by thieves. Food and ale or wine had to be bought, although there was always a chance that some pious person would donate them for the benefit of his soul. A pilgrim, therefore, needed money for the journey.
Some pilgrims worked as they travelled, so carried little money, but others carried enough money to see them through the weeks or months that the pilgrimage would take. For many, it was safer than leaving it at home in the care of relatives or the church. There were no banks and nowhere to store possessions securely. Houses and chests could be broken into and servants might be more inclined to help themselves to their master’s wealth than to protect it. Leaving it with the church or relatives might seem like a good idea, but many of those who did found themselves involved in a dispute about ownership on their return. If you couldn’t trust the church or your own family, it might be better to risk taking as much as you could with you.
Thieves and robbers who attacked and robbed pilgrims were threatened with excommunication, but that wasn’t always a deterrent. If the pilgrim was rich enough, the rewards could be great. Pilgrims often travelled in large groups for protection, but they carried no weapons beyond a wooden staff. The staff could be used for defence, but the chances of holding off a well-armed band of robbers were slim.
The end result was that pilgrims were robbed and killed, and women could find themselves with nothing in a foreign country. The more I thought about it, the more I realised how impossible the situation of such a woman would be. How could she survive without help? How would she communicate with the people around her? How would she protect herself?
There was a story that I could tell here. A lone woman in a foreign country, who couldn’t speak the language was definitely a damsel in distress. Her immediate needs might be taken care of by a monastery providing accommodation to pilgrims, but could she truly be considered a pilgrim if she didn’t have the means of continuing her journey?
In The Mercenary’s Tale, Melissant is the woman left to fend for herself after her father and their servants have been killed. She has no means of continuing her pilgrimage, nor of returning home. As each day passes her situation grows worse.
Once I had a damsel in distress, I needed a knight to rescue her.  Aymer Montfort is the reluctant hero. He’s a wealthy mercenary who wants nothing to do with the ragged Englishwoman begging in the streets of Calais. A friend persuades him to do a good deed that almost costs the three of them their lives.
The Mercenary’s Tale is the fourth book in the Soldiers of Fortune series, but can be read as a standalone. 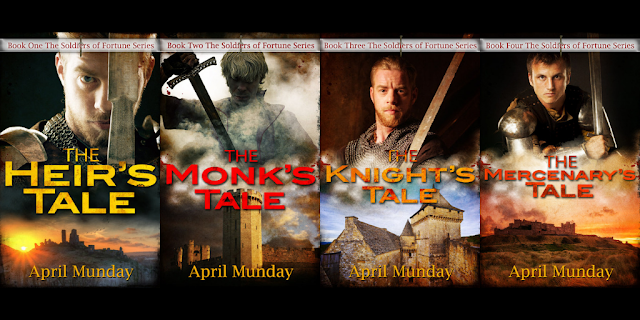 Start your reading adventure today!
The Soldiers of Fortune series
AmazonUK • Amazon US 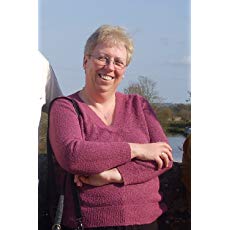 April Munday is the author of eight romances set in the fourteenth century and three set in the Regency period. She lives in Hampshire, where many of her stories are set.  She is inspired by the remnants of the past which are part of her local landscape. Her latest series, The Soldiers of Fortune, is set after the Battle of Poitiers, which changes the lives of four brothers. The Mercenary’s Tale is the fourth book in the series.