#HistoricalRomance author, Jayne Davis is taking a look at life in the times of English Landscape Gardening. There is also a chance to check of Jayne's fabulous #NewRelease A Suitable Match @jaynedavis142 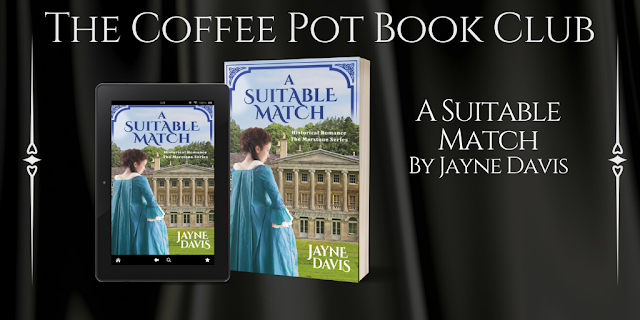 Life in the Times of English Landscape Gardening
By Jayne Davis
In the 18th Century, the formal style of garden for stately homes (described in my previous post here began to give way to a more natural style of gardening. Three men stand out in the transformation of the parks and gardens of the wealthy: William Kent, Lancelot ‘Capability’ Brown, and Humphrey Repton.


The landscape was designed by Capability Brown, and modified later by Repton. Although it has been altered further since then, not least by the addition of golf course, the water feature is obviously very different to the rectangular canals featured in earlier, formal designs.

Kent worked as a painter and architect as well as landscape designer. He introduced the Palladian style of architecture and also the ‘natural’ style of gardening that came to characterise English landscape gardens. Among his most famous projects were the gardens at Stowe in Buckinghamshire, Rousham House in Oxfordshire and Chiswick House in London. The gardens included various temples, cascades, bridges and other structures to allow visitors to tour picturesque scenes.

More famous than Kent is Lancelot Brown (known as Capability Brown, because he used to tell clients their grounds had ‘capability’ for improvement).

Brown removed parterres and other formal, geometric structures and instead provided lawns and trees arranged to look naturalistic while providing good views. He also dammed streams to make lakes, and arranged canals to look like natural rivers. He designed 170 gardens, including those at Chatsworth and Blenheim Palace, and also acted as a contractor to implement his ideas.

Repton tried his hand at many careers, with little success. Eventually he decided to combine his skills with watercolour sketching with his experience in redesigning the grounds at a small country estate he’d once owned, to fill the gap left by the death of Capability Brown in 1783. Whereas Brown had designed parks and landscapes then organised and completed the work, Repton sold his ideas and rarely implemented them himself. Brown produced plans, but Repton was much more imaginative in showing potential clients how their grounds could look. He provided Red Books (so called because he had them bound in red) depicting the proposed scenes, with overlays (flaps that could be turned back) to show the scene in its current state.

Repton also rolled back Brown’s work to some extent, by reintroducing some formal gardens and terraces close to the house, to give it a more formal setting. He was also adept at ‘borrowing’ existing landscape features to enhance views, such as by cutting gaps through woodland to reveal the view of a distant church tower or hill.

The same landscape with Repton’s proposed improvements. You can see on the right where a flap has been turned back.

There is a video here showing the Red Book for Sheringham Park:

Jayne’s latest book is just out! A Suitable Match is Book 2 in the Marstone Series, but each story can be read as a standalone novel with no cliffhangers. 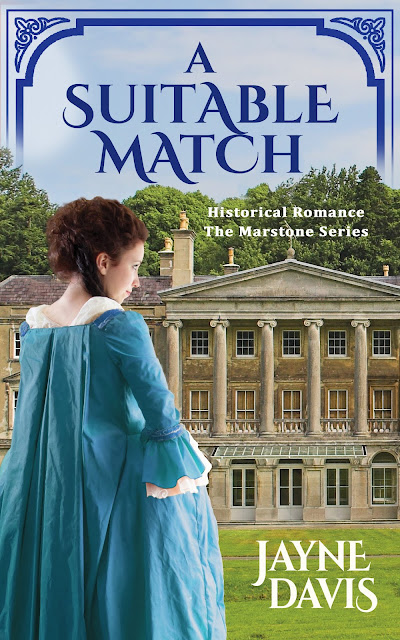 Lady Isabella has been kept on a tight rein by Lord Marstone, her overbearing father. She's excited when he packs her off to London to make an advantageous match, confident her brother will preserve her from an unsuitable alliance. But when her brother is called away on vital business, he asks Nick Carterton to stand in for him.
Nick, a scholar who relishes the quiet life, has avoided marriage for years but is finally giving in to his father’s request that he seek out a bride. Looking out for a young miss new to society is the last thing he'd choose to do.
Will Nick’s attempts to help merely reinforce Isabella’s resentment at having her life arranged for her? Can Nick keep the headstrong Isabella out of trouble, put off unsuitable suitors, and still find himself a wife?

Pick up your copy of
A Suitable Match 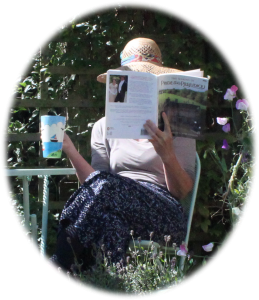 She was hooked on Jane Austen and Georgette Heyer as a teenager, and longed to write similar novels herself. Real life intervened, and she had several careers, including as a non-fiction author under another name. That wasn't quite the writing career she had in mind...

Finally, she got around to polishing up stories written for her own amusement in long winter evenings, and became the kind of author she’d dreamed of in her teens. She is now working on the first few books in the Marstone Series, set in the late Georgian/early Regency period.

Illustration credits
All illustrations can be found on Wikimedia Commons.