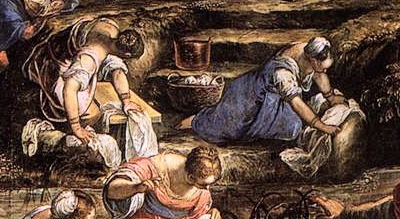 The moment the ice began breaking up, Mistress Euphemia started planning the over-due laundry day. Weeks of lingering winter had resulted in piles of soiled linen and to hear it, the household was reaching a stage where there would be no clean shirts for the master or mistress. Gentlefolk could not be expected to wear the same linen chemise for well over a month—or so Mistress Euphemia said, going on to explain that their lady had the most sensitive skin, a delicate flower that wilted under the abrasions of over-used sheets.
In Ellen’s opinion there was nothing delicate about Lady Cecilia. Their young mistress was a fire-breathing dragon who had everyone in the household on their toes, including her ageing husband and Mistress Euphemia, the overweight housekeeper.

“What are you dreaming about?” Fat fingers pinched Ellen’s cheek.
“Nothing, mistress,” Ellen replied, dipping Mistress Euphemia a curtsey. She did not rub her aching cheek—to do so would just have the housekeeper pinch her again.

“Nothing?” The housekeeper snorted. “All you have in that head of yours are fripperies.” She pointed at the closest pile of linens. “Get to it, girl!”

“Yes, mistress.” Ellen filled her arms with dirty shirts and hastened over to the barrels lining the laundry shed. She held her breath as she got closer to avoid inhaling the acrid scent of old piss, hastily dunking her load into the closest of the barrels before rushing back for yet another armful.
Old Sara was put in charge of preparing the lye for tomorrow. Ellen and Marie were ordered to ensure every single garment was soaking in urine before filling the huge cauldrons with water. 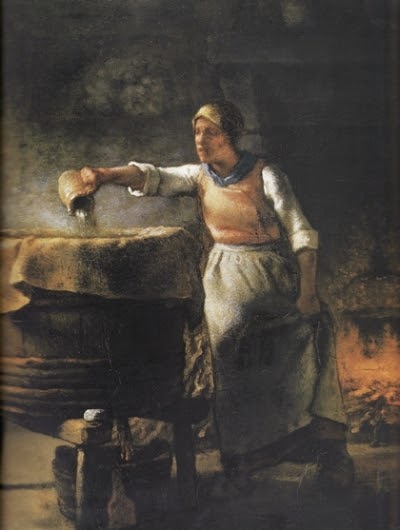 “Why can’t some of the men help with this?” Ellen muttered to Marie as they lugged bucket after bucket from the well to the laundry shed. She knew, of course: the manor was short on menfolk, and the few that were still around were either too old, too maimed or too important to carry water. An icy wind tugged at her shawl, the water she spilled on her skirts and apron stiffening into brittle ice. Her hands were red with cold and come tomorrow it would be even worse.
Next day dawned bright—and crisp. Frost sparkled in the reeds closest to the lake’s shore, the dark water rimmed by glittering ice. In the laundry shed it was hot. Back and forth Ellen went, dumping sodden piss-drenched linen into a rinsing through where she poured bucket after bucket of water over them before carrying the heavy and wet garments to the cauldrons. Water hissed and spat, the lye stung her hands, and after less than an hour, her shoulders ached. She had to stand on a stool to reach, leaning into the steam as she stirred the laundry, dragging her stick round and round. The stool wobbled. For an instant, she feared she’d pitch headfirst into the water, but Sara grabbed hold of her and Ellen swallowed back a sob.

Ellen gave her a grateful smile and hastened over to where steaming, newly boiled garments and sheets were heaped into wicker baskets. Ellen was small. The baskets were heavy—so, so heavy—and the ground underfoot was slippery in places, small patches of ice causing her sturdy clogs to slide this way and that.
By the lake, scrubbing boards were already waiting. Kneeling on the rough boards of the jetty, Ellen did as the others: one garment at a time was dipped into the lake, scrubbed, dunked again. Over and over, until all the lye had been rinsed out. The lye made Ellen’s skin itch. Her nails throbbed with the cold but she knew better than to complain: she was here on sufferance. Two bowls of barley gruel a day, bread, a strip of salted pork and warm spot in which to sleep—Ellen was fortunate, or so Mistress Euphemia would tell her. Ellen’s mother agreed: with six children to feed and a husband she’d not seen since he’d been hauled off to serve in Gustaf II Adolf’s army three years ago, Ellen’s mother had been relieved to send Ellen off to serve at the local manor, even if she was not yet ten.

“Be a good girl,” Mamma had said, tightening the knot on the little bundle that contained everything Ellen owned: a spare chemise and a white clout for Sunday wear.
Ellen tried to be a good girl. She might be the smallest of the maids, but she worked hard, said little and avoided the few men on the manor.

“Not an able-bodied man left soon,” Mistress Euphemia had complained to the cook last week. “Off they go to win glory and gold in the king’s war. Pah! They return permanently maimed or not at all, and what gold there may be ends up in the pockets of the officers.”
Mistress Euphemia, Sara had confided, had seen both her sons ride off to join the king’s army. Neither of them had returned, and God alone knew if they were dead somewhere in Saxony or if they were still alive.
“Daydreaming again?” A hard slap had Ellen biting back a whimper.

“No, Mistress,” she said, increasing her efforts on the scrubbing board.

“Useless child,” Mistress Euphemia said to her back. “Too small and puny to be of any real use. Why I ever offered you a place here I do not know.” 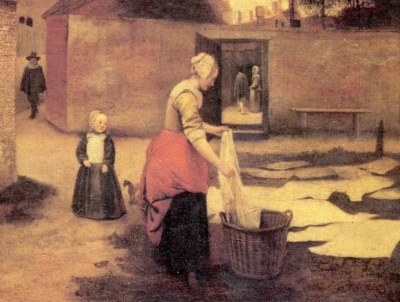 Ellen scrubbed even harder. Should she be sent home, Mamma would despair, because there was nothing to eat. Come sun and warmth there’d be nettles and birch sap, bird’s eggs and rabbits. But now, in the bleak months where winter still ruled,  everyone went hungry, the winter stores long since run out.
The sun was dipping towards the west when Ellen began on her final basket. Her hands were numb well up to her elbow and she’d been shivering for the last hour. When she grabbed a garment out of the basket her movements were clumsy and uncoordinated. A shirt. She dunked it into the water, trying to tighten her grip on the fabric. Her fingers didn’t work as they should. Like fat, swollen sausages, they would not bend. Her hold on the shirt slipped. It floated away.

“That’s the master’s best shirt!” Mistress Euphemia roared. “What have you done, you foolish, foolish child?”

Ellen barely registered the blows, but all of her quaked when Mistress Euphemia promised she’d be out on her ear for this. Immediately.

“I’ll just…” If she stretched, she might just reach the billowing sleeve.

“Ellen!” Mistress Euphemia barked, and now there was another note to her voice. “Child, no!”

Too late. Ellen fell face first into the icy waters. In front of her, the linen shirt floated just below the surface. The afternoon sun lit up the waters from above, and it was so very, very cold. Ellen tried to kick, tried to move her arms as Sven had taught her last summer in the lake back home. For an instant, her head broke the surface. She heard someone shout her name. Mamma?

“Mamma,” she cried, and her mouth filled with water.

The last thing she saw was Mistress Euphemia, one hand covering her mouth as tears ran down her cheeks. And then she sank into the icy embrace of the lake, her hand tangled round a fine linen shirt edged with lace.

She is dragged back through time to a new life, a new and frightening world. And a new man…
Love. Drama. Heartbreaking loss & heady adventure. Welcome to The Graham Saga! 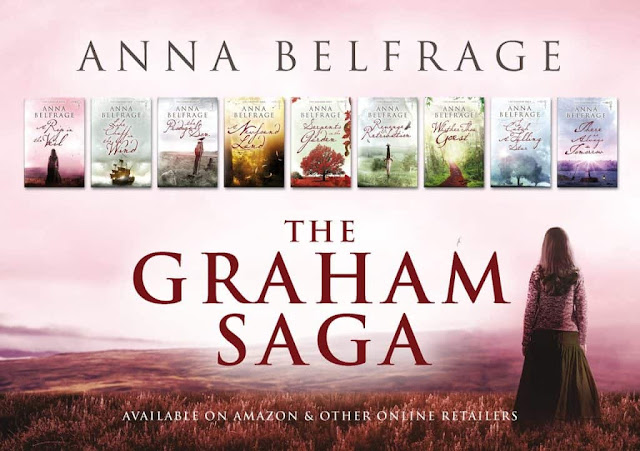 The fourth book in my series The King’s Greatest Enemy, is here! Publication date Feb 16, 2017.
Welcome to 14th century England, to the world of an inept king, a rebellious baron and an adulterous queen. Welcome to the life of Adam de Guirande, an honourable knight torn apart by his loyalties.

Say hello to Jason and Helle
This is a dark, edgy romance – and a rather steamy read. Helle has moments when she believes Jason is insane – but she has no doubt whatever that Jason is a far safer bet than dark and dangerous Sam Woolf. Definitely. 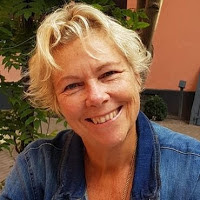 Had Anna been allowed to choose, she’d have become a time-traveller. As this was impossible, she became a financial professional with two absorbing interests: history and writing. Anna has authored the acclaimed time travelling series The Graham Saga, set in 17th century Scotland and Maryland, as well as the equally acclaimed medieval series The King’s Greatest Enemy which is set in 14th century England.  She has recently released A Flame through Eternity, the third in a new series, The Wanderer, a fast-paced contemporary romantic suspense with paranormal and time-slip ingredients. At present, Anna is working on a new medieval series in which Edward I features prominently as well as a book set in 1715 where magic lockets and Jacobite rebels add quite the twist.


Find out more about Anna by visiting her website, www.annabelfrage.com or her Amazon page.
You can also find her on Facebook or Twitter.
Posted by Mary Anne Yarde at 04:00