Have you heard? MJ Porter's fabulous book — The Danish King’s Enemy (The Earls of Mercia) — is only 0.99 on #Kindle for a Limited Time #HistoricalFiction #BookBlast @coloursofunison 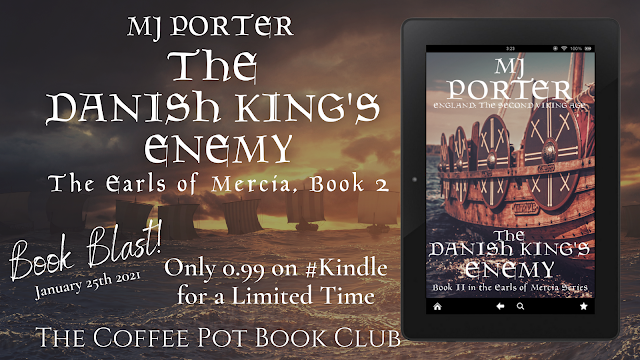 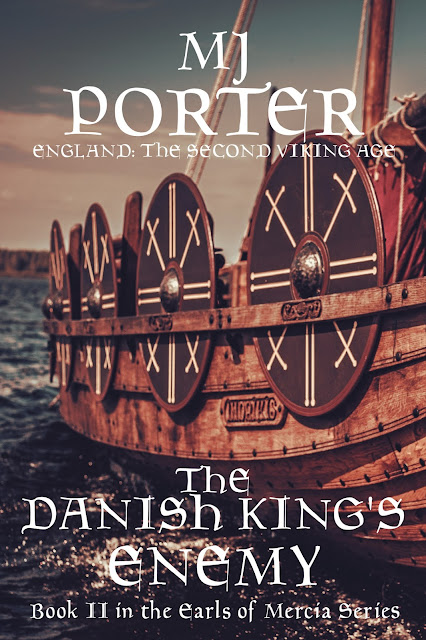 Every story has a beginning.

Leofwine has convinced his king to finally face his enemies in battle and won a great victory, but in the meantime, events have spiralled out of control elsewhere.

With the death of Olaf Tryggvason of Norway, England has lost an ally, and Leofwine has gained an enemy. And not just any enemy. Swein is the king of Denmark, and he has powerful resources at his fingertips.

In a unique position with the king, Leofwine is either honoured or disrespected. Yet, it is to Leofwine that the king turns to when an audacious attack is launched against the king’s mother and his children. But Leofwine’s successes only bring him more under the scrutiny of King Swein of Denmark, and his own enemies at the king’s court.

With an increase in Raider attacks, it is to Leofwine that the king turns once more. However, the king has grown impatient with his ealdorman, blaming him for Swein’s close scrutiny of the whole of England. Can Leofwine win another victory for his king, or does he risk losing all that he’s gained?

The Danish King’s Enemy is the second book in the epic Earls of Mercia series charting the last century of Early England, as seen through the eyes of Ealdorman Leofwine, the father of Earl Leofric, later the Earl of Mercia, and ally of Lady Elfrida, England’s first queen.

The Danish King’s Enemy is free to read with #KindleUnlimited subscription. 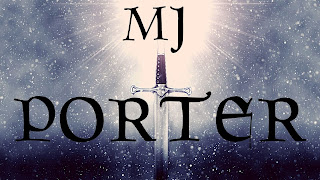 I’m an author of fantasy (Viking age/dragon-themed) and historical fiction (Early English, Vikings and the British Isles as a whole before the Norman Conquest), born in the old Mercian kingdom at some point since AD1066.
I write A LOT. You’ve been warned!
Website • Twitter • Instagram 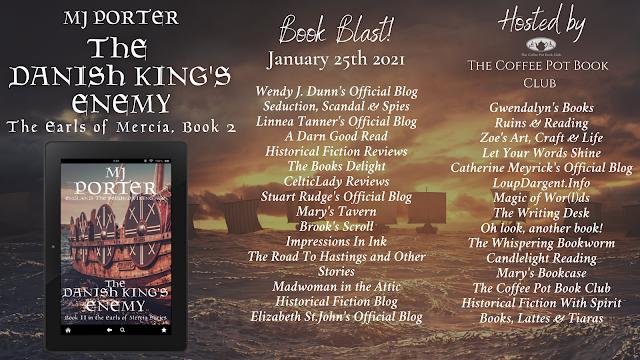