Welcome to Day #8 of the blog tour for A Rooster for Asklepios (A Slave's Story Trilogy, Book 1) By Christopher D. Stanley #HistoricalFiction #BlogTour @aslavesstory @JudithArnopp 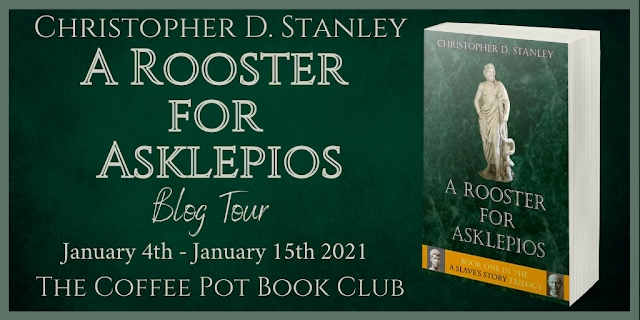 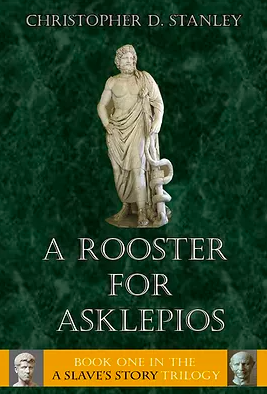 January 4th – January 15th 2021
Amazon UK • Amazon US • Amazon CA • Amazon AU
Publication Date:  May 23rd 2020
Publisher: Amelia Books
Page Length: 522 pages
Genre: Historical Fiction
Marcus, a slave in the household of Lucius Coelius Felix, enjoys a better life than most slaves (and many free citizens) as the secretary and accountant of a wealthy aristocrat.  His master is rising in the civic life of the Roman colony of Antioch-near-Pisidia (central Turkey), and his responsibilities and income are growing as well. If this continues, he could soon earn enough to buy his freedom, set up a small business, and even marry.
Then misfortune strikes, and his master falls into a deep depression that is exacerbated by a nagging illness that his physician is unable to cure.  The future looks bleak until the physician receives a dream from the healing god Asklepios calling Lucius to travel hundreds of miles across western Asia Minor to his sanctuary at Pergamon for treatment and, he hopes, a cure.
Accompanied by Marcus and his new wife Selena, Lucius embarks on a long and eventful journey in which both master and slave encounter people and ideas that challenge long-held beliefs about themselves, their society, and the world around them.  Values are questioned, loyalties tested, and identities transformed in a story that brings to life a corner of the Roman empire that has been neglected by previous storytellers.
Ever wondered about sickness and Health Care in the Roman World? Head on over to Judith Arnopp’s Official Blog, to find a Guest Post by Christopher Stanley!
Click HERE! 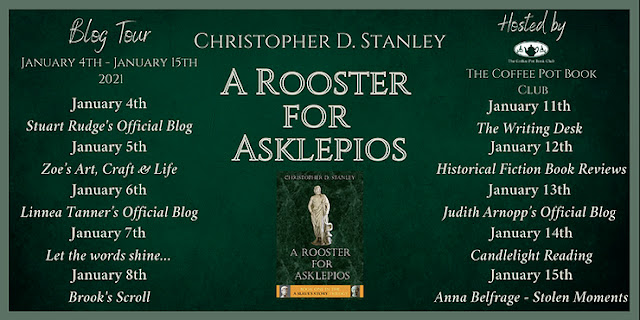