Join author, Jennifer Macaire and find out what life was like in the last Ice-Age! There is also a chance to check out Jennifer's fabulous #NewRelease - A Remedy In Time #TimeTravel @jennifermacaire 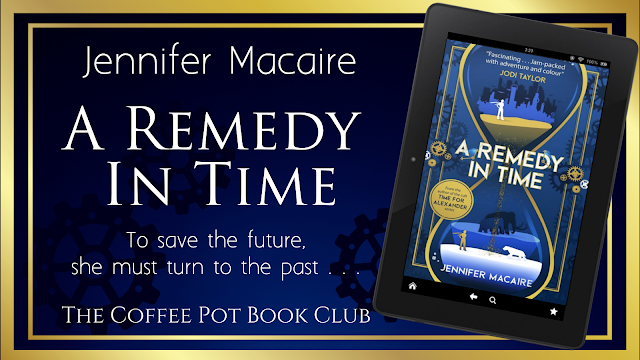 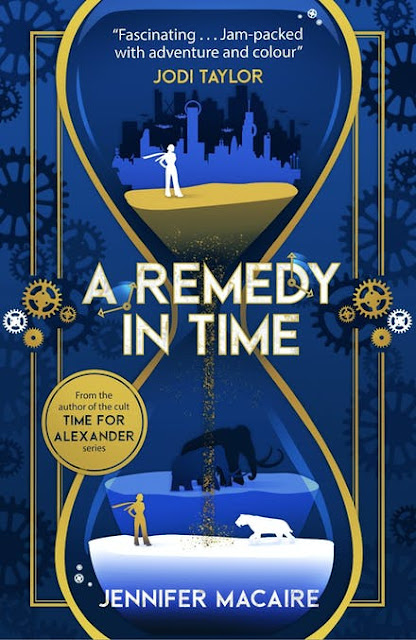 San Francisco, Year 3377. A deadly virus has taken the world by storm. Scientists are desperately working to develop a vaccine. And Robin Johnson - genius, high-functioning, and perhaps a little bit single-minded - is delighted. Because, to cure the disease, she's given the chance to travel back in time.

But when Robin arrives at the last Ice Age hoping to stop the virus at its source, she finds more there than she bargained for. And just as her own chilly exterior is beginning to thaw, she realises it's not only sabre-toothed tigers that are in danger of extinction . . .

'A fascinating glimpse into the Ancient World jam-packed with adventure and colour.'

History is a funny thing. Since writing was developed, we have a good idea (although not always an exact idea) of what happened in the past. We have bills of sale, letters, diaries, books, and poems to tell us how people lived, thought, and loved. But what about prehistoric times when there was no written record? Sure, there are paintings on the walls of caves and some carvings in ivory and stone, relics of jewelry, weapons, and even a few bones. But the truth is, we have very little idea of how people in prehistoric times really lived. All of the bones and teeth from these people that we have found can fit in the back of a pickup truck, which doesn't give us much to go on! We have more information on the animals of the time – mammoths, sabretooth tigers, and dire-wolves – but even for them our knowledge is incomplete.

When I decided to set my newest time travel book in the Paleolithic Era, it was like looking at a vast, blank canvas. My character from the future goes back to the past. And one of the characters is a caveman. The idea of a caveman as a savage is a hard one to shake, but when you look at the carvings and paintings from that time period, you see an amazing sensitivity to nature. Humans, even so far removed from us, were sophisticated artists. I didn't want my character to be two-dimensional, and looking at the artwork from the time gave me an intimate glimpse into their world, which was rich and full of imagination. They lived in such a vast world filled with dangers. I imagined they would have lived in tight family groups with strong emotional attachment in order to survive. However, we have no way of knowing how they lived unless we really do travel back in time to see!

One of the rules of time-travel is not to change time, and for my heroine it was to avoid human contact at all cost. Not much was going on back in the Americas in the time period I chose. People were few and far between, and giant mammals roamed the continents. In Europe, Paleolithic tribes had formed settlements and had even started raising livestock and farming, they traded with each other, and the Iron Age was a whisper on the horizon. But in the Americas there were only a few nomadic groups of people, so a time traveler could go back in time and not risk making contact. Unfortunately, things don't always go as planned. The first thing she meets though, are the wild animals of the time.

The glyptodon, a sort of walking igloo, was one of the characters in my book. As I wrote it into the story I grew so fond of the creature I gave him a small role.  Of course, the real star of the show is the smilodon. With his huge canines and cat-like reflexes, he must have been a formidable predator.

The story starts in the far future, where Robin works as a researcher for a department in Tempus U, which is also known as the Time Travel Institute. Her work is mostly about ancient pathogens, which is why she's asked to go back in time to collect samples from the smilodon when a virulent form of typhus breaks out. Robin and another scientist go back in time, intending to stay for a week, get the samples they need, and return. But nothing goes as planned, and the scientist accompanying Robin dies  just as they arrive. Stranded, she uses the emergency beam and awaits rescue, but while she's waiting, she makes a terrible discovery. The other scientist wasn't supposed to die – she was. And if she doesn't survive, millions of people back in her own time will perish.

*“Since the dawn of time, several billion human (or humanlike) beings have lived, each contributing a little genetic variability to the total human stock. Out of this vast number, the whole of our understanding of human prehistory is based on the remains, often exceedingly fragmentary, of perhaps five thousand individuals. You could fit it all into the back of a pickup truck if you didn't mind how much you jumbled everything up, Ian Tattersall, the bearded and friendly curator of anthropology at the American Museum of Natural History in New York, replied when I asked him the size of the total world archive of hominid and early human bones.”

Quote from “A Short History of Nearly Everything” by Bill Bryson

When I next opened my eyes, sunlight slanted into the cave. Motes of dust danced and sparkled in the air. An acrid, bittersweet odor filled my nostrils, and smoke made lazy spirals in the breeze. I heard a crackling sound, but it was just the fire dying into embers. My bed, if you can call a pile of furs a bed, faced the cave entrance with the fire between me and the opening. The cave was little more than an indentation in the rock, and not deep at all. It hadn’t been lived in long. The fire had hardly any ash. There were no other signs of human presence except the bed of furs and the fire. I would have expected a more structured space, perhaps some baskets, articles of clothing, weapons even.

I started to feel better and sat up, being careful not to jog my arm. Bracing myself on the stone wall, I stood. My knees wobbled, but I was up. I checked, and saw my comlink was still around my wrist. I called up my vid cam. It flew into the cave like a demented bat, and I winced. It must have spent the night outside and gotten hung up in a tree. A small branch was stuck to it.

I plucked the branch off it and sent it out to scout, and then I opened a floating screen. I didn’t want to walk into danger. If I had to, I’d stay here until the rescue team came and have my vid cam lead them to me. The screen showed the river. And it also showed the cave I was in. It wasn’t the cave I’d seen from the river - no, that one had been high on the cliff. This one was nearly flush with the river and must flood after too much rain. No wonder it wasn’t used as a dwelling. The caveman must have dragged me here from the river and lit the fire for me. And he’d gotten furs for me. His intentions had been good. He’d gone out of his way to help me. Another thought occurred. I hadn’t been wearing my modern clothes. There wasn’t too much about me that screamed “Woman From the Future!”. My comlink was one I’d chosen because it looked so natural - the band looked like leather with three large copper beads on it: one for my floating screen, one for my vid cam, and one for my computer. 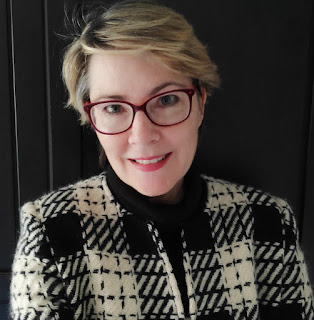 Jennifer Macaire lives with her husband, three children, & various dogs & horses. She loves cooking, eating chocolate, growing herbs and flowering plants on her balcony, and playing golf. She grew up in upstate New York, Samoa, and the Virgin Islands. She graduated from St. Peter and Paul high school in St. Thomas and moved to NYC where she modelled for five years for Elite. She met her husband at the polo club. All that is true. But she mostly likes to make up stories. 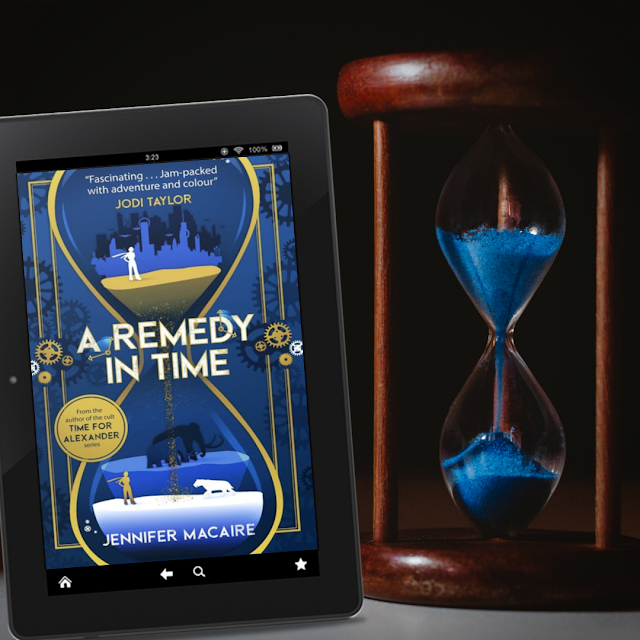