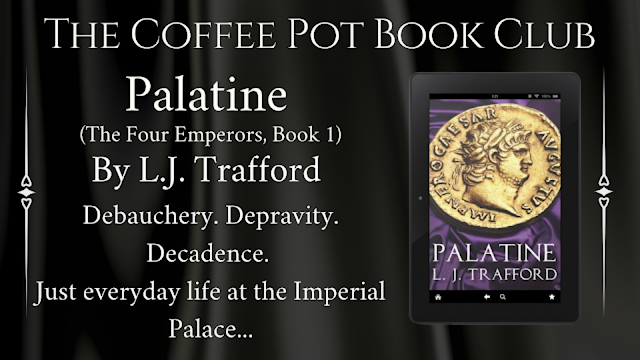 The Four Emperors
By L.J. Trafford 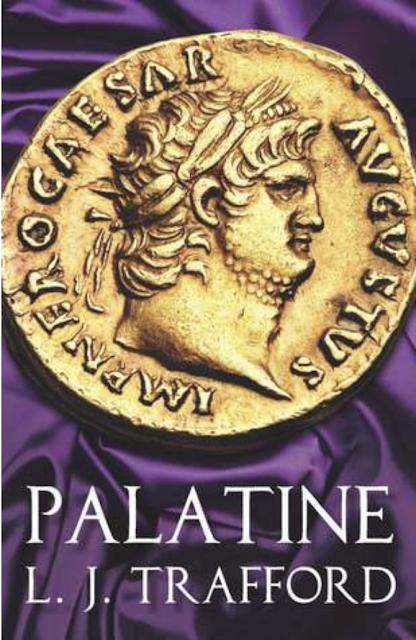 Publication Date: 31st August 2018
Publisher: Sphinx
Page Length: 428 Pages
Genre: Historical Fiction
Debauchery. Depravity. Decadence.
Just everyday life at the Imperial Palace.
Whilst Emperor Nero plays with his new water organ and a cross-dressing eunuch, his wily secretary Epaphroditus manages affairs of state. But dissent and rebellion are growing across the empire, and Nero is soon to discover playtime is over. Praetorian prefect Nymphidius Sabinus, disgusted by the moral degeneracy, secretly plots the overthrow of Nero's court. Motivated by the traditional Roman values of valour and nobility, yet blinded by his own righteousness, Sabinus is ignorant of what he has unleashed - The Year of the Four Emperors.
Palatine is the first in an enthralling four-book series about the tumultuous 'Year of the Four Emperors'.

How I came to write the Four Emperor Series. 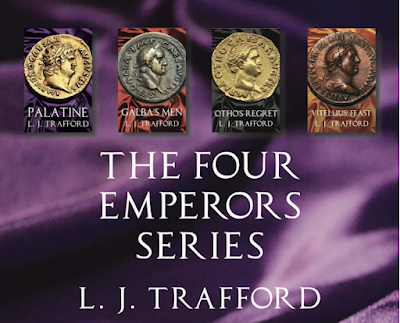 The year 69 A.D. was a momentous one in Ancient Rome, known as the Year of the Four Emperors, it saw four very different men battle for supremacy. Three would ultimately fail, one would be left standing as the sole ruler of an empire that stretched from chilly Northern Europe to the warmth of the North African desert.
It is a year heaped with incident and drama; massacres, coups and battles between warring armies all feature. But my inspiration for writing the Four Emperors Series of novels came from a single moment in this most incident packed of years.
It was the morning of the 15th January 69 A.D. and Emperor Galba has discovered his own Praetorian Guard have declared Otho emperor. A debate followed between his advisors as to what they should do, when one made a suggestion:
“Titus Vinius urged the necessity of staying in the palace, arming the slaves for defence.” So says Tacitus in his Histories, an account of this year.
My immediate thought was, “I wonder what those slaves were thinking?”
This was the lightbulb moment, the driving force behind the four books (Palatine, Galba’s Men, Otho’s Regret and Vitellius’ Feast) that make up the series, what were these Imperial slaves and ex-slaves of the palace thinking?
What were their thoughts as Galba’s advisors handed out the weaponry and instructed them to hold the palace?
Were their loyalties even with Galba? Or did they see Otho as their saviour?
What was it like for them to have their whole world turned upside down serving four very different men as emperor in the space of a year?
How did they survive these violent changes of regime?
Indeed, how did they survive at all in a brutal world where they could be whipped, beaten or even crucified on the whim of their master?
These were the characters whose eyes I would explore this dramatic year through, because the Imperial slaves and ex-slaves of the palace are the ones with a ringside seat of events. When Emperor Nero fled Rome in 68 A.D. and committed suicide, which kicked off this bloody battle to be his successor, he took only three people with him; they were all ex-Imperial slaves.
These members of the Imperial household are by the side of emperors as they triumph and as they, bloodily, fall. They were the perfect witnesses for my fiction series.
Having slaves as my heroes and heroines gave me a chance to explore a chunk of Roman life that isn’t so well known. Soldiers and gladiators are well covered in fiction, but those toiling as secretaries and seamstresses, bodyguards and hairdressers for their Imperial masters and mistresses feature less often. Their voices are absent from the historical record almost entirely, there are no memoirs by Roman slaves, there are no accounts of their lives by themselves. When the likes of Tacitus mention them at all, it is a sneering way; uppity ex-slaves unworthy of advising and emperor. It seemed important to give them a voice for once, along with their own dreams, ambitions and failings – all played against the drama of history.
One reviewer described Palatine as: “Downton Abbey with teeth.” Which I think captures it nicely. 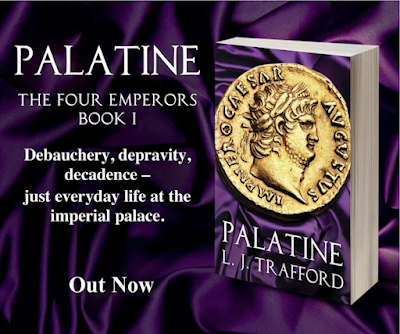 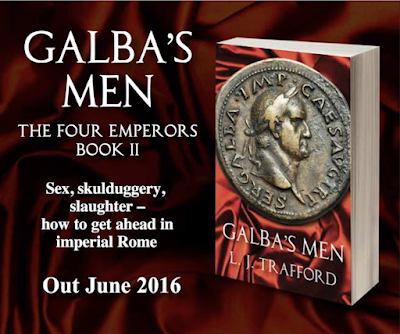 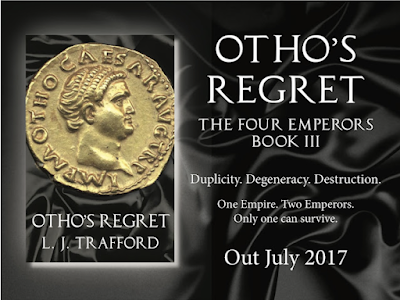 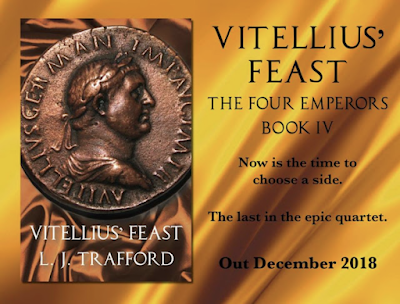 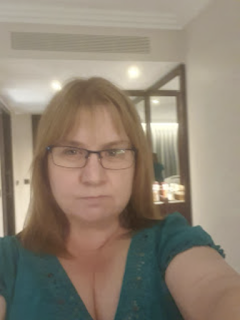 L.J. Trafford studied Ancient History at the University of Reading after which she took a job as a Tour Guide in the Lake District.

Moving to London in 2000 she began writing ‘The Four Emperors’ series. The series comprises four books – Palatine, Galba’s Men, Otho’s Regret and Vitellius’ Feast – which cover the dramatic fall of Nero and the chaotic year of the four emperors that followed.

Her most recent published work is the non-fiction, How To Survive in Ancient Rome is available from Pen and Sword.