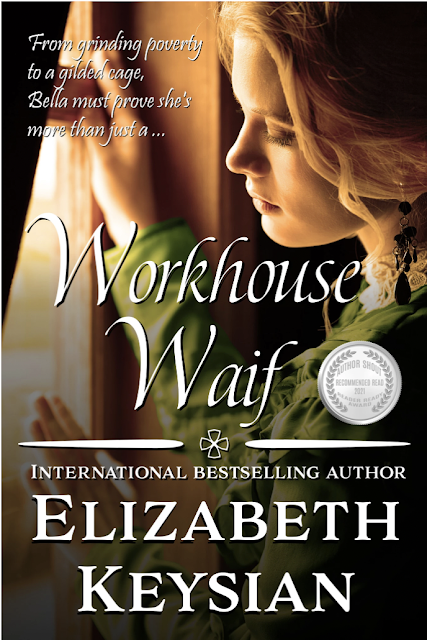 How can Bella Hart escape the hell of the Victorian workhouse?

Fleeing the abuse that she suffered there, the lonely outcast hopes her new life in a factory town can provide the esteem and affection she craves. Torn between the worlds of masters and workers, Bella falls for the enigmatic Jack, but their relationship shatters when his true identity is revealed. In a desperate bid to revive her love, Jack unearths Bella's past, with tragic consequences.

After a devastating fire, a secret emerges that seals Bella's fate, and that of everyone and everything she holds dear. 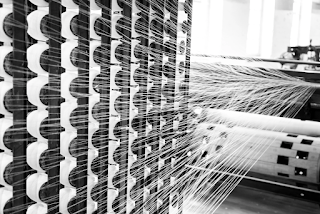 To many people, the word “mill” suggests a windmill or watermill. But in the Victorian era, mills were mainly thought of as factories, places where goods were manufactured. Factories had come into existence during the previous century, in the era known as The Industrial Revolution, and their creation opened the door to hardship, poverty, and abuse, and led to the creation of unions to protect workers’ rights.

There is plenty of primary source material from the Eighteenth and Nineteenth centuries available to the writer. There are popular secondary sources too; the plight of the lower classes was a subject close to the heart of Charles Dickens, and school text books are full of shocking tales of child labour. But was industrialisation as damaging to society as one might imagine?

I will deal here with the development of the West of England woollen cloth industry, since it is a familiar one to me. I worked for many years in a museum housed in a former woollen mill, and was fascinated by its history. I will just offer a brief overview of the woollen cloth industry here, to give readers a background to WORKHOUSE WAIF.

From the 1500s to the 1700s, the processing of wool was carried out in workers’ cottages. The raw fleece would be scoured to remove the grease, then picked over to get rid of stray twigs and seeds. Next, it was combed to ensure all the fibres lay in the right direction, and then the wool was spun into yarn, ready to be dyed and woven into cloth. 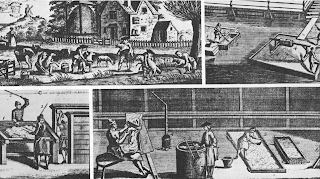 The benefit of this domestic system meant workers could operate at their own speed, and keep an eye on their children, many of whom could assist with the work once they were old enough. Windows could be opened on hot days, the family could rest when they needed to, and take their meals whenever they wanted to.

However, the manufacture of cloth in this manner was very slow, and the amount produced was not sufficient to keep up with the growing population of the United Kingdom. A faster system was needed, and by the Eighteenth Century, the transfer of the woollen industry from cottage to factory had begun. The introduction of advanced machinery increased yield and improved sales.

The arrival of machines such as mechanised looms and spinning mules changed the processing of cloth from a domestic system to an industrial process, but the changes came at a cost—a human one. Although long hours had been customary for agricultural and domestic workers, the factory system was different. It brought in strict discipline, harsh punishment, unhealthy working conditions, and low wages. Employees worked from 6 a.m. to 6 p.m. and there were no statutory holidays. 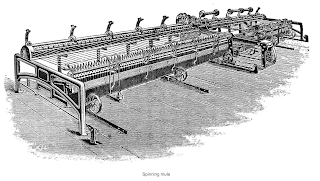 The noise from the machinery in the woollen cloth mills was deafening. Workers had to shout over the noise, and some became deaf, so sign language and lip-reading were often used for communication. With inadequate ventilation and the air thick with dust, many illnesses developed amongst the employees. Eye inflammation, tuberculosis, and cancer of the mouth could all be attributed to the working conditions in the mills. 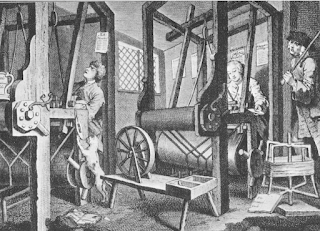 With intense long hours, difficult working environments and fast-moving machinery, there was always the risk of accidents occurring, which could range from losing a finger to becoming tangled in the machinery and crushed to death.

I decided to include a couple of such accidents in WORKHOUSE WAIF, to add to the drama. But don’t worry—the heroine was saved by the hero in the first. The second happened to one of my heroine’s antagonists, but I swear she had it coming, and she may even have become a better person thereafter… 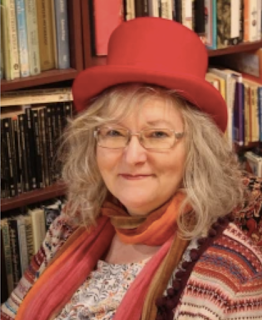 Elizabeth Keysian is an international bestselling author of heart-pounding Regency romances, set mostly in the West of England. She is working on a fresh series for Dragonblade Publishing called Trysts and Treachery, which is set in the Tudor era. Though primarily a writer of romance, she loves to put a bit of mystery, adventure, and suspense into her stories, and refuses to let her characters take themselves too seriously.

Elizabeth likes to write from experience, not easy when her works range from the medieval to the Victorian eras. However, her passion for re-enactment has helped, as have the many years she spent working in museums and British archaeology. If you find some detail in her work you’ve never come across before, you can bet she either dug it up, quite literally, or found it on a museum shelf.