Writing Historical Fiction based on a Diary

Pepys Diary is the most famous diary in England. When I first had the idea of writing a book based on the women in Pepys’ Diary, I imagined it would be easy. Pepys would tell me what the women were doing, and all I had to do was re-imagine their lives from a different perspective. Of course this was naïve, and the process turned out to be far more complex than I could have imagined. To construct a historical novel from a diary is an interesting exercise in patience, perseverance and painstaking reading.

In the first novel, (Pleasing Mr Pepys) the three women in the novel were those literally the closest to him; his wife, his maidservant, and the woman who lived next door. As I began to piece together a life for them, I soon saw that his wife Elisabeth might be in the diary every day for months, and then suddenly disappear - there would be no reference to her for weeks. Presumably though, she was still in his bed every night, and running the household. Deb Willet’s story spanned months of intense entries, before she was dismissed for her affair with Pepys, and after that she only appeared sporadically.

Effectively this meant that if I were to follow the chronology in the diary, Pepys himself had control over the pace of the story and what was important to him, disenfranchising the women. To take control back for these women, I needed to compress the parts that were mundane, even if those entries were long, and expand upon those where very little was written, because in these gaps the more interesting story was taking place. This had its problems though. For example I couldn’t just re-locate characters at will. If Elisabeth Pepys had decided to go abroad, or leave him for example, he surely would have mentioned it in his diary. Maids still had to fix fires as usual, even if their lives were unravelling.

Because of this, all the women in the trilogy became more furtive, and their adventures more hidden than I had originally intended, because their ‘ordinary life’ must continue and not arouse Pepys’ suspicion. Undoubtedly though, this led to much more interesting stories, and much of the tension lies in the fact Pepys is oblivious to what is going on right under his nose!

Pepys’ diary is a gift for a novelist as he was interested in everything – science, art, literature - and he supplies us with many small details that give an insight into 17th Century London. The downside is that things can’t be ‘made up’ for effect. No use thinking I could add atmosphere with a storm, when Pepys tells us quite clearly the weather was sunny and dry.

When it came to writing the second and third books, many of the characters’ lives overlapped. So – should I try to refer to the other women’s stories in the new books, or ignore them? Both Bess Bagwell (in A Plague on Mr Pepys) and Bird Knepp (Entertaining Mr Pepys) lived through the Plague, but in very different ways and with different experiences. Could I write the same event twice? In the first book, Deb Willet the maid arrives in London after the devastation of the Great Fire, whereas in the third book Bird Knepp rescues her husband’s horses from the Great Fire.

The chronology of the books was a constant concern, with me checking and re-checking Pepys’ diary entries to check the women’s stories would be congruent not only with the diaries, but with each other.

Difficulty of the Diary Form

You might think that in a novel based on a diary, this might be the natural form for a writer to choose, but I made a deliberate decision not to use the journal form. This was because then the reader is only party to reflection after the event and does not witness the actual scene in real time. This has a distancing effect, and I wanted to really immerse the reader in the time.

Although each woman is a very different character, in a sense, all the women in the diaries are aspects of myself. A frightening thought, but it was the only way I could inhabit them, because I was imagining myself into the gaps. So the diary instead of pushing me towards the more factual, actually pushed me to the more fictional – one of the paradoxes of writing from a historical diary, but one which was its joy and ultimate reward. 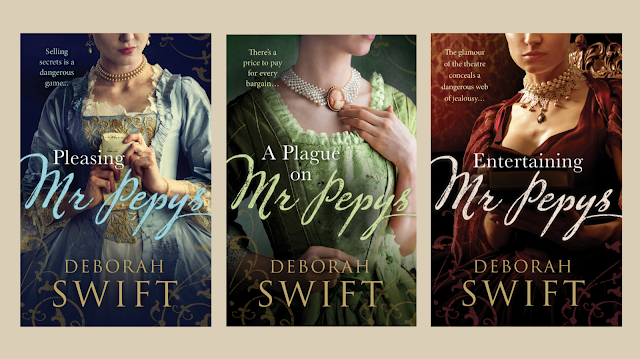 'Pepys and his world spring to vibrant life… Gripping, revealing and stunningly imagined'
Lancashire Evening Post
'Swift is a consummate historical novelist, basing her books on immaculate research and then filling the gaps between real events and real people with eloquent storytelling, atmospheric scene setting and imaginative plot lines'
The Visitor
'A novel that transports readers with astonishing and engrossing detail'  Readers Favorite 5* 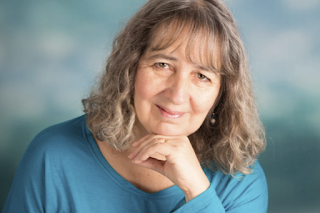