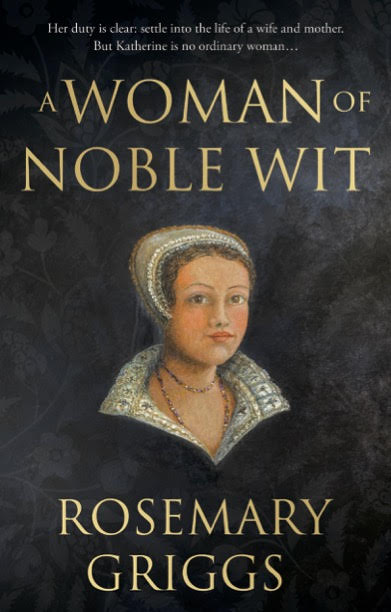 Publication Date: 28th September 2021
Publisher: Troubador
Page Length: 423 Pages
Genre: Historical Fiction
Few women of her time lived to see their name in print. But Katherine was no ordinary woman. She was Sir Walter Raleigh’s mother. This is her story.
Set against the turbulent background of a Devon rocked by the religious and social changes that shaped Tudor England; a Devon of privateers and pirates; a Devon riven by rebellions and plots, A Woman of Noble Wit tells how Katherine became the woman who would inspire her famous sons to follow their dreams. It is Tudor history seen though a woman’s eyes.
As the daughter of a gentry family with close connections to the glittering court of King Henry VIII, Katherine’s duty is clear. She must put aside her dreams and accept the husband chosen for her. Still a girl, she starts a new life at Greenway Court, overlooking the River Dart, relieved that her husband is not the ageing monster of her nightmares. She settles into the life of a dutiful wife and mother until a chance shipboard encounter with a handsome privateer, turns her world upside down.…..
Years later a courageous act will set Katherine’s name in print and her youngest son will fly high.

“God’s blood!” the girl yelled as she slammed into the wall. He’d done it again; got there first! Only a few seconds ahead of her, but he’d already scrambled up to his favourite lookout point. She leaned against the wall, shoulders heaving, breath coming in jagged gasps. “God’s blood, Johnny, I’ll beat you one day!” she shrieked, glaring at the unyielding stones as a mocking chuckle drifted down to her.

She stamped her feet in the dirt and beat her fists against her sides, fingers rolled into tight balls of fury. She’d never be able to climb that wall! “Fie upon these accursed skirts. Must they always keep my feet planted so firmly on the ground?” she screamed. “Ooh, ooh, ooh, all right, Johnny! So you think you’ve got the better of me, do you? We’ll see!” Without deigning to look up, she spun on one heel and stalked back down the path between the apple trees. Swish, swish, swish went the offending skirts.

But her anger was short-lived. She slowed down, recovered her breath and let her heart calm its furious beating. By the time she reached the gate into the walled garden she was smiling. Everything looked fresh and new, shining in the sunshine. The sweet Devon air held a faint scent of newly cut grass; the gardeners’ first cut to clear the path. She stooped to examine the soft spears of chives growing in thick clumps at the edge of the herb bed; fat buds almost ready to burst. A blackbird was reprising his morning music while a wood pigeon kept time. Ru-hoo, ru, ru, hoo, he called. Ru-hoo, ru, ru, hoo.

She straightened up and brushed the dust from her gown. So be it. Let him enjoy his moment of triumph. Even had she not been hemmed in by her skirts, Johnny would always be two years older than she was. He would always beat her. He was a boy. She was a girl. It was the way of things.

Katherine Champernowne picked up the book she had cast aside when her brother had challenged her to yet another race and skipped back along the path. She flopped down under the spreading branches of an apple tree – the perfect spot; close enough to catch Johnny’s words if he decided to share what he could see. Lying back on the springy new grass, she watched the bees busy amongst the pink- tinged blossom.

Her gaze drifted up and she lost herself in the clear, unending sky. Such a special shade of purest blue – even brighter than Eliza’s eyes, she thought, stifling a pang of envy. A lark rose and she closed her eyes to listen to its fluting song. Surely its little heart must be bursting with the sheer joy of this spring day! At last the long, cold months cooped up inside were over. She could enjoy the warmth of the sun on her face again. If Agnes caught her she’d chide her to have a care for her fine complexion. But Katherine didn’t care. Winter was banished at last. Johnny was at home. Best of all, tomorrow they would go to the fair.

She raised her head and squinted into the sun. There he was, up in his eyrie, silhouetted against the sky on top of the wall that used to separate their home from the old Benedictine priory beyond. The French monks had left long before Katherine was born; before the world went mad and the Houses of York and Lancaster fought for the Crown of England. Her brow puckered as she struggled to remember what her father had told her. Ah, yes; he’d said that lots of orchards had gone to ruin after the people who’d survived the great sickness long ago had forgotten how to care for them. It was those French monks who had saved Modbury’s apple trees. But she couldn’t remember which King had sent the monks away and bestowed the priory lands upon his new school. It was probably one of the Henrys. There had been a lot of them. She did know that the school was many miles away. She could even remember its name: Eton College. Oh, Father would be so pleased with her! He was a stickler for that sort of thing.

Excited voices, laughter, and snatches of song drifted over the wall; an insistent, infectious buzz growing louder by the minute. The people of Modbury were preparing for the annual fair when everyone made merry for St George. 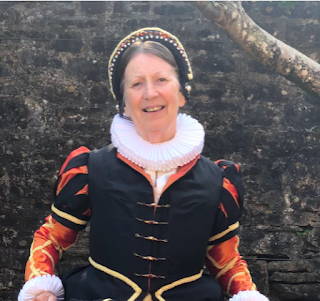 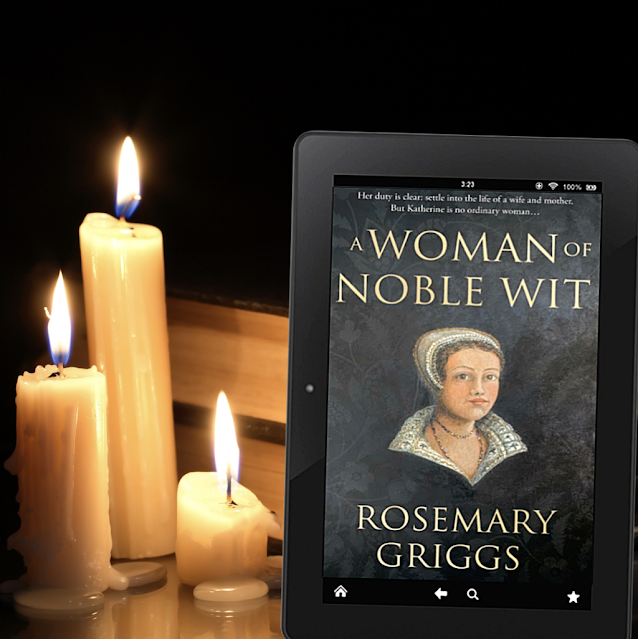