#BookReview - A Rule of Life by Patricia Brandon #HistoricalFiction @pgaddisbrandon 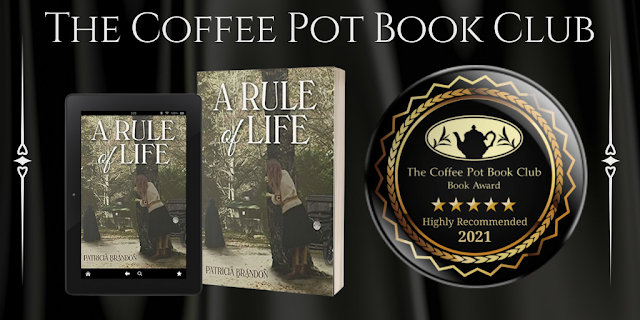 A Rule of Life
By Patricia Brandon 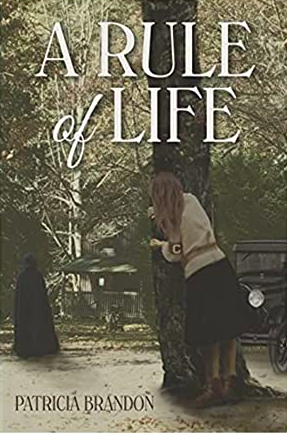 Publication Date: April 21st 2021
Publisher: Independently Published
Page Length: 324 Pages
Genre: Historical Fiction
1919 - Could a local murder, an attempted kidnapping, and a strange and macabre ritual, brought to Appalachia from Europe, have anything to do with missing youth?
The Great War and the Spanish Flu pandemic have just ended, soon to give way to Prohibition, the riots of Red Summer, the culmination of Women's Suffrage. A new camp for girls has just begun in the mountains of western North Carolina. Camp counselor Tricia Grimball seeks both adventure and escape from her predictable life back home. What she finds is far more than she could have ever imagined.
A coming of age story of friendship, sacrifice, faith, forgiveness – and love.

“I want to know. I’ve got to know.”
What really happened to Miss Priscilla Parker, and who killed Chester Graves? Tricia Grimball’s inquisitive mind will not rest until she has all the answers. But as she tries her best to become something of an amateur detective, she discovers a very dark and dangerous world that not only threatens her safety, but also the safety of the man she is falling hopelessly in love with.
The clock is ticking, and time is not on Tricia’s side. If she cannot put all of the pieces together, then another child will fall victim to a hideous crime. However, Tricia is unaware that those she seeks to bring to justice will do anything and everything to silence her forever…
A Rule of Life by Patricia Brandon is a novel that shines so bright in its own brilliance that is near on impossible to put down. The compelling narrative drew me in from the opening chapter, and not once did I feel my attention waver. I became invested in this story and these characters. It was as if I was experiencing what they were experiencing, rather than reading about it. The characters were fresh and exciting, but there was also an air of innocence, especially when it came to the children, as they delighted in their shared childhood discovery, all the while cementing friendships that would last a lifetime. And with the young counsellors, there was a wonderful excitement of a future enveloped in endless possibilities.
Camp Arden Woode for Girls is situated in idyllic surroundings, and it is here that the children are valued for who they are, and perhaps when they leave they know a little more about who they might become. It is here that Tricia’s, who is a camp counsellor, life really begins. She finds the courage to question whether to stay on the path that her controlling and, at times, emotionally abusive parents have carefully orchestrated for her. Tricia was a character that I instantly adored. Her gentle disposition makes her a firm favourite of the children in the camp and she effortlessly steps into the role of mentor, carer and friend. But there is also a side to her that craves adventure and she is curious about the world around her. It could be said that she is as curious as a cat, although perhaps not as stealthy as one! Before she knows it, she is confronted with a sinister truth. Brave, Tricia most certainly is but she is sometimes very foolish as she gives into temptation and takes it upon herself to solve the mystery and to end the frightening attacks on children, particularly young girls.
This novel is a story about discovery. Not only are Tricia and her friends desperately trying to discover the identity of the men who attacked, and the man who saved Priscilla, but they are also exploring the possibilities of their own future. Trisha finds herself at a crossroads. Does she maintain the status-quo and live her life as her parents have dictated, or dare she strike out on her own and in doing so find her true calling and perhaps even love? At times Tricia is very indecisive, not quite trusting her intuition, which I thought made her character all the more real in the telling.
Although this novel exclusively follows Tricia, she achieves nothing without the help of her friends, who are willing accomplices for our brave heroine! Tricia’s friends are as determined to discover the truth about the men who attacked Priscilla, and although a few of them feel an edge of unease about the situation, the bonds of their friendship are so strong that they would never abandon each other. I thought the camaraderie between Tricia and her friends was particularly well-drawn and it certainly helped to propel the story forward.
Social inequality is a theme that runs through this novel. Otha Moses, the camp’s cook, is limited in her choices and indeed the choices for her family because of the colour of her skin. Her fear of the authorities is justified, for she has experienced injustice first-hand. And although the camp might seem, on the outside, progressive, it does not allow children of colour to attend, which considering the year this novel is set in, should come as no surprise. Social integration and social acceptance still have a long way to go, but in characters such as Otha, there is a spark of hope, for she is a beloved member of staff who the young councillors, especially Tricia, admire and desperately want to protect. But the fear that Otha lives in is constant, and I thought it was very telling of the era.
There is an element of “who done it?” in this novel, and often I felt moments of doubt, just like Tricia does, about certain characters, which I think made this novel all the more compelling. It also demonstrated Tricia’s determination to get to the bottom of the truth, no matter what. But on the other hand, Brandon has also depicted the joy of summer and the fun of being in the camp. It makes for a well-rounded read. There is danger, but there is also sunshine and laughter.
The historical backdrop of this novel is breathtakingly beautiful. Brandon has captured the very essence of this period and brought it gloriously back to life. Kudos, Ms Brandon. Kudos, indeed.
A Rule of Life by Patricia Brandon is fabulous from beginning to end. It is the kind of book that I would happily read over and over again.
I Highly Recommend.
Mary Anne Yarde
The Coffee Pot Book Club 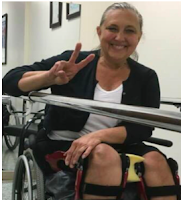 Patricia Brandon is a winner of a Carrie McCray Memorial Literary Award and the author of In The Valley Of Achor, her poignant, gritty, and inspirational story of her first year after facing sudden paralysis of her legs. She no longer plays tennis (yet!), but is writing, working on guitar and mountain dulcimer skills, and traveling with friends when she can. She hasn’t given up in the fight to regain her ability to walk! 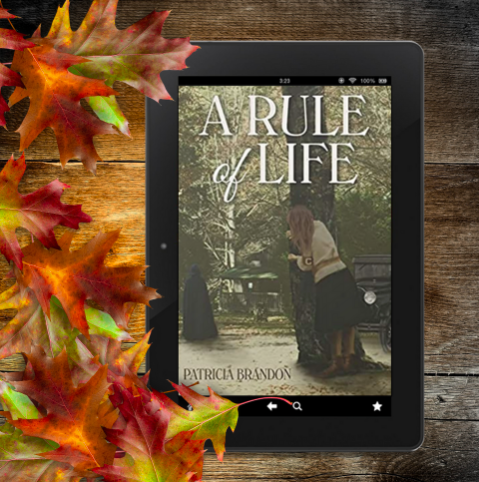