Historical fiction...my favourite place to be.

I am inspired by beautiful places, especially those rich in history. I grew up a mere 20 minutes drive away from the Ancient Isles of Avalon...or Glastonbury, as it is now known.

Glastonbury means many things to many people. The annual music festival is obviously a very big draw, although the locals like to point out that it is in fact held in the village of Pilton and the old folks still call it Pilton Pop Festival!

For me, Glastonbury is all about the history and the myths. One of my favourite places has to be Glastonbury Abbey which holds a special place in my heart. 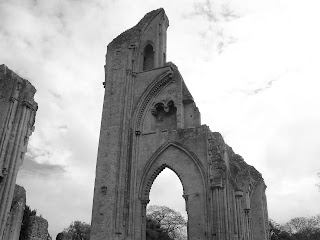 Glastonbury and the Abbey have always attracted pilgrims and I can understand why. There is something special about the place, a feeling, a sense of peace, despite its brutal destruction during Henry Tudor's reformation of the monasteries in the 1540s. Henry may have burnt the walls, but he could not destroy its tranquillity or its appeal. 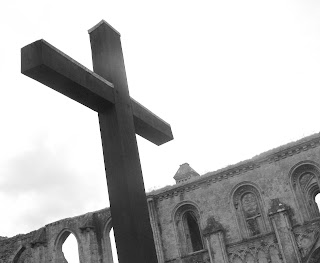 No one knows where Arthur is buried. When the monks heard that King Henry was going to destroy their home, they moved Arthur's body to a secret location. If you ever find yourself at the Abbey, you will see a plaque that claims to be the last known resting place of Arthur. It isn't grand or showy and no way befits a king, but I think it adds to the mystery of the man. There is no tomb as such, but he does not need one in order to be remembered. For his legacy is long and everlasting. 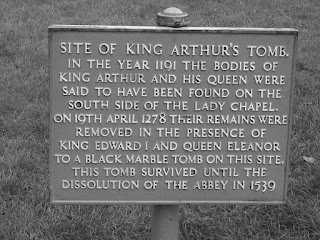 Please come back and visit again soon. Remember, my historical novel,  The Du Lac Chronicles will be out in the new year, 2016. If you would like to know when my next blog is out, make sure you sign up to my mailing list.  See you soon.  xx
Posted by Mary Anne Yarde at 16:48