The earliest written documentation of Arthur is given to us by a 9th Century monk who went by the name of Nennius. Nennius wrote Historia Brittonum, The History of the Britons. It is not an easy read. Structure and organisation were two words Nennius chose to ignore. But it is worth persevering with his work, because there are some real gems in there. 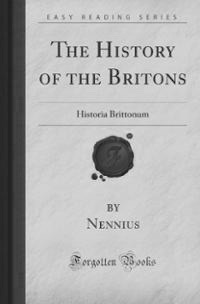 What I love about the work of Nennius is how he portrays Arthur. Think of a Dark Age version of Iron Man and you might be getting somewhere.  Strangely however, he does not describe Arthur as a king. See what you think?

"then Arthur fought against them in those days with the Kings of Briton, but he himself was leader of battles."

Has time and folk law turned a general into a King?
Maybe.

Nennius also describes a prophet called Ambrosius. Ambrosius and Arthur are often portrayed in later works as being one and the same. Nennius clearly states that they are not. They are two very different people.

So what does Nennius say about Arthur? First and foremost, he describes Arthur as a great warrior and lists the twelve battles which Arthur led. I am not going to describe all the battles here, but I am briefly going to look at the two most controversial.

"The eighth battle was in Fort Guinnion in which Arthur carried the image of St Mary, ever virgin, on his shoulder..."

With old text I think we have to be very careful as to how we translate them. And I believe that the translation here is wrong. I do not think that Arthur carried an image of St Mary on his shoulder. I think he carried the image on his shield, which would make slightly more sense. Ignoring the translation, it does tell us that Arthur was a Christian.

"The twelfth battle was at Mount Badon, in which nine hundred and sixty men fell in one day from one charge from Arthur, and no one overthrew them except himself alone." 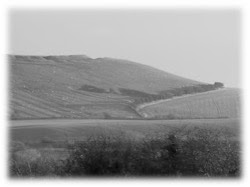 This is the most famous battle that Arthur fought in. It is generally accepted that this was Arthur's greatest triumph and he did hold back the Saxon invasion.  Did Arthur slay 960 men in a single charge without any help? Probably not. Was he a great military man? Almost certainly.

Arthur, whoever he was, had captured the imagination of a nation and in later works he became the hero that we all know and love.
Posted by Mary Anne Yarde at 18:55