I have been very busy researching, writing, more researching. And yes, that is candy floss you can see in the picture...best not ask! 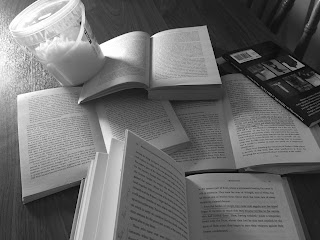 My book, The Du Lac Chronicles, is set roughly 24 years after the fall of King Arthur. When Arthur died it seemed all the heroes did too and I wanted to do something about that. But, in order to write about Britain in post Arthur years, I had to know how Arthur changed the political landscape of the kingdom. So before I put pen to paper, or fingertips to keyboard as it was, I researched the world of Arthur. 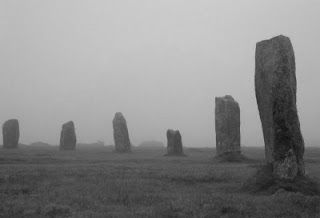 Arthur has been a hero for centuries. By the Norman conquest he was already firmly fixed in the imagination of the people. There is a lovely story about nine monks from Laon in Northern France who visited Britain in 1113. They traveled to the heart of southern England looking for 'relics' of Arthur's time. When they visited Bodmin in Cornwall, the subject of Arthur came up. The Laon monks dared to suggest that the idea that Arthur would rise again was nothing but a child's fairy tale. This did not go down well with the locals. The monks were in 'Arthur's country.' How dare they suggest such a thing? A full blown riot was only just avoided!

Not long after this incident, Geoffrey of Monmouth wrote the best seller of the middle ages, The History of the Kings of Britain. I love reading Monmouth's masterpiece, he turned Arthur into a hero and although some of his fact must be taken with a pinch of salt, it gives you the sense of how much pride the British had for their past. And also how much we need heroes,  someone to look up to. Arthur is portrayed as a King who stands for chivalry, honour and everything noble. He's almost to good to be true. He certainly had an amazing life...if the stories are to be believed.

The Sword in the Stone.

'Whoso Pulleth out this sword of this stone and anvil rightwise King born of all England.'

Many tried - only Arthur succeeded.

Arthur's closest advisor was a wizard called Merlin. And why not? We could all do with a wizard in our lives. 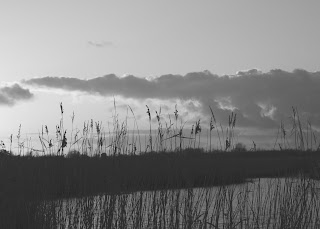 The Somerset Levels
(The Isle of Avalon.)

Arthur needed a special sword, I guess the one he pulled from the stone wasn't good enough...perhaps he broke it.
With the help of Merlin, the Lady of the Lake presented Arthur with his magic sword.

Arthur could not rule alone so he chose a selected few to help him rule. They were as honourable and chivalrous as he was and they often went on quests.

Arthur believed in equality, so he commissioned a round table to be built. Those who sat around it were equal in all things.

Arthur's first knight and the man who ultimately betrayed him....maybe?

The knight who murdered Arthur in a vicious battle.

Those who know the Arthur stories will recognise some of the themes I have just listed. But, I wanted to try and find out the truth...if that was possible...behind the myths. I wanted to know what Arthur was really like.

Thats all for now. Be sure to watch out for my next blog when I explore how an ordinary man became such an extraordinary legend.