As promised, today I am going to take you to the home of Edward Hungerford...remember him from the blog I wrote about Old Wardour Castle? Of course you do, you have been paying attention!
Right, let me introduce you to Edwards, castle. 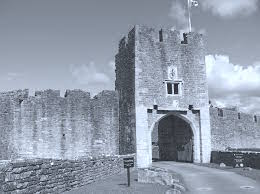 Sir Thomas Hungerford bought the property, which was then a manor, in the 14th Century for a whopping, £733. Walter was an important man, he was the first recorded Speaker of the House of Commons. He was pretty wealthy so it should be no surprise that he then built a castle on the site. Sir Walter Hungerford inherited the castle in 1412.

Sir Walter was a close  friend of Henry V and Henry made him Speaker of the House of Commons. Walter was quite something, he was an expert in jousting and he fought at Agincourt with Henry. Walter expanded the castle considerably. Walter's son, Robert Hungerford inherited the estate. Unfortunately, his son, Lord Moleyns was captured by the French in the Battle of Castillon and his ransom was a mere £10,000, which financially crippled the family.

From there on in things got slightly difficult for the Hungerford Family. During the War of the Roses, Lord Moleyn sided with the Lancastrians. And unfortunately for him, the Yorks won.

Under Edward IV reign, Lord Moleyn and his son, Thomas, were captured and executed. Edward IV gave the castle to his brother, Richard, Duke of Gloucester. Edward's other brother, George may have taken up residence at Farleigh, his daughter, Margaret was certainly born there.

The late Robert Hungerford's son, Sir Walter, became a supported of Edward IV. However, when Richard III took the throne, Sir Walter  changed allegiance. After a failed revolt against Richard in 1483, he ended up in the Tower of London.

Sir Walter managed to escape and he joined Henry Tudor and his invading Lancastrian army. He fought along side Henry at the Battle of Bosworth where Richard was killed and his army defeated. The newly crowned Henry VII returned Farliegh Hungerford to Walter in 1486. 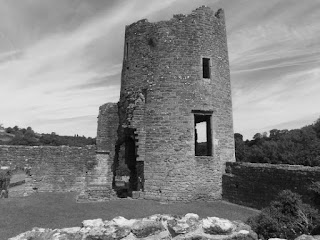 Sir Walter left his estate to his son Sir Edward. Edward was in the court of Henry VIII, but when he died he left the castle to his wife, Agnes.

Agnus was accused of the murder of her first husband, John Cotell. Two of her servant reportedly strangled John Cotell and then disposed of his body in the castle oven. That's right....the oven. She and the servant were hung in 1523.

Edward, another son of Walters, then inherited the castle. Like his forefathers, he held an important position in Thomas Cromwell's, political circle. He became dissatisfied with his first wife, Elizabeth. Probably because he saw her father as a political liability to him. So what do you do with a wife you don't want? You lock her in on the castles tower, of course.

Elizabeth spent several long years in the tower, later she told how she was starved and subjected to several poisoning attempts. It is said that she stayed alive because of the generosity of the villagers who helped to get food to her.

Being friends with Cromwell wasn't a necessarily a good thing. When Cromwell fell from power in 1540, Walter was executed for treason, witchcraft and homosexuality. Elizabeth remarried but the castle reverted back to the Crown.

Sir Edward died in 1607 and he left his estate to Sir Edward Hungerford, his great nephew. In 1642, Civil War broke out in England. As a member of parliament and a Puritan, Edwards was an active supporter of Parliament. Edward was appointed as a Commander in Wiltshire. As we already know, he successfully seized Wardour Castle in 1643.

I am going to leave the history of the castle there for now.

What do I think of the castle? Well, actually despite the body in the over incident, I really like it. It is really pretty and some of the building are still in tact. You can visit the castle chapel where members of the Hungerford Family are buried and you can explore the ruins.

Farliegh Hungerford, like many of theses old historical castle's, has been used for location on film sets. I don't know of anyone can remember the cult tv show of the 1980's called Robin of Sherwood. If you do, then you may recognise parts of the castle in the episode 'The Children of Israel.' 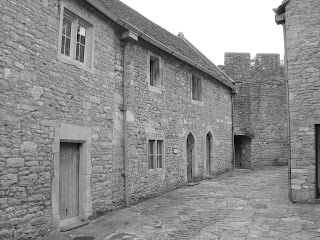 I think I have waffled on enough for one day.