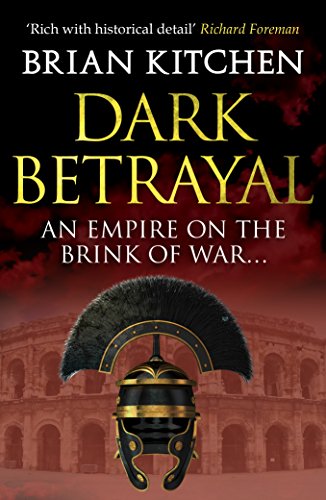 Flavius Vitulasius is at his father’s villa in Ad Trivonam when he receives a letter from his boss, Aulus, informing him of his latest mission.

Flavius is a former soldier who is now a Magistriani. He works with his friend Siward.

The Roman Empire is on the brink of civil war.

The Western Roman Emperor Valentinian has died in mysterious circumstance following a long running dispute with the commanding general of his army, Arbogastes, a Frank.

It is feared that Arbogastes has a candidate he will install on the Western throne as his puppet.

The Eastern Emperor Theodosius, fears that the Empire will once more be plunged into civil war. The war chest is depleted, and Theodosius needs the money to finance an army.

Previously Emperor Theodosius spared the lives of the usurper Magnus Maximus’ wife Elen and their two children when he was overthrown.

Emperor Theodosius wants Flavius and Siward to find Elen. She might know what happened to the Silver Host, a treasure believed to have been hidden by Magnus and his men that can fund the looming civil war.

Joined by their friend Lucius, their mission takes Flavius and Siward throughout Britain and Segontium and across the sea to Hibernia in search of the Silver Host.

Yet an old enemy always seems one step ahead of them: the Saxon woman, Gunhilde, who is working for Arbogastes’ chief agent in Britain.

In Hibernia Flavius and his friends must infiltrate a dangerous court to free a man with vital information. However, what affect will their actions have in the perilous court of the High King?

Returning to Britain, Flavius, Lucius and Siward finally learn the truth about the Silver Host, but a more dangerous situation has now arisen.

The political situation is now on a knife edge.

Flavius, Siward and Lucius soon find out that those who they once thought of as friends will now betray them. A woman who was abandoned and abused as a child, and a group of women loyal to the Goddess, are now their biggest threat.

Rich with historical detail and intrigue, Dark Betrayal is an action adventure and a must for anyone interested in the time when Rome’s rule was threatened by political intrigue and barbarian uprisings.

What did I make of the Story?

The majestic Roman Empire is on the verge of civil war, and in these dark days, there are many who seek to take advantage of the instability of the Roman elite. The time has come to choose a side, for war is now a forgone conclusion.

But this is no easy mission and Flavius will once again come face to face with his own mortality.

What can I say about this book? So much happens, it is like an episode of 24 but set in Roman Briton! Full of intrigue, betrayal, fear, love and adventure this book is up there with the best.

What I loved about this book was the fast pace of the plot. I had absolutely no idea where Kitchen was going with this story — when I thought I had it figured out, Kitchen would throw another proverbial spanner in the works and the story went off in another direction. Talk about suspense. Who was friend? Who was foe? This book will get you thinking.

I adored the characterization of Flavius, not only is he a well-portrayed protagonist, but he is also an extremely likeable one. The story is told in the first person, which is a real treat for the reader as we see everything through Flavius eyes. It is an intimate and enjoyable experience.

The historical accuracies in this book must be commended. Kitchen takes his readers on a personal tour of Roman Briton, and he describes it exactly the way I would imagine it to have been like.

Dark Betrayal is an absorbing read and one you will not want to put down. 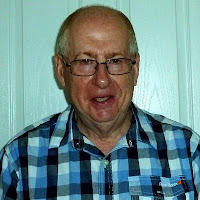 Brian Kitchen lives in Burton upon Trent, England and enjoys walking in the countryside, photography, reading, writing, visiting museums and historic sites & buildings and supporting Burton Albion. He first became interested in the history of Roman Britain as a child and loved the Eagle of the Ninth trilogy of novels by Rosemary Sutcliff. The first of the Flavius Vitulasius novels, Divided Empire is his first published novel.
Should you wish to know more about Flavius & his friends, please visit his website & Facebook page:
facebook.com/FlaviusVitulasius
www.briankitchen.me.uk
Posted by Mary Anne Yarde at 18:16