You may have heard in the news recently that a retired professor, Peter Field, has claimed that he has found the location of King Arthur's Camelot.

I have been holding off blogging about this, as I needed time to collect my thoughts.

There are so many, let us call them, "Arthurian Experts," who are convinced that they have found the real King Arthur. Sometimes there argument seems very compelling at others time, not so much. I have spent many hours studying the life of Arthur, and I have my own conclusions. But then I saw this headline in the Independent...

I sighed very deeply and might have muttered the words "not again." But newspapers are all about punchy headlines that catch the reader’s attention. So I read the article, and now I am in two minds about it. Not the Camelot reference, that is ridiculous, there was no Camelot and that was just the paper trying to catch you eye, but maybe, just maybe, Professor Field is on to something. 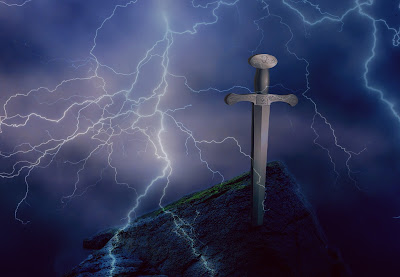 Let's forget about the latest’s findings for a minute and concentrate on Arthur. What do we really know about him?


"A wild boar's fury was Bleiddig ab Eli...
But he was not Arthur, and he fed
Black ravens on Catraeth's wall."
Aneirin, Y Gododdin (c. 6th century)

The very first mention of Arthur was in a 6th Century poem entitled Y Gododdin. What we can surmise from this poem was that Arthur was a great warrior. He is being used as a comparison. Bleidddig ab Eli was a fierce warrior, but he was not Arthur. 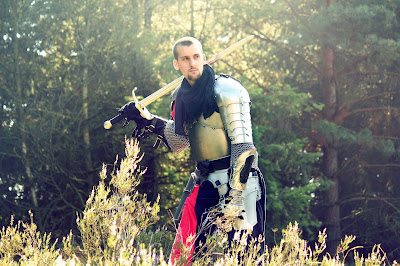 Gildas, in his damning work, "On the Ruin and Conquest of Britain," does not mention Arthur, although he does mention a great victory over the Saxons by the Celts at Badon Hill.

Let's fast forward to the 9th Century. Nennius, a Celtic Chronicler, talks of a great commander called Arthur.  Nennuis also gave us the 12 famous battles of Arthur. These Battles took him all over the kingdom of Briton and he fought like a warrior poet. Let’s take a quick look at the location of those battles...

This where it gets a little tricky because time has a habit of changing things. Place names come and go. There are two River Glens — one in Northumbria and one in Lincolnshire. Which one could it be?


"The second, the third, the fourth and the fifth were on another river, called the Dubglas, which is in the region of Linnuis"

Linnius is in the district of Lindsey. The word Linnius comes from the Celtic name for an island, which is most certainly could have been because the Fens on the Witham were not drained back then. But then again, Dubglas means blackwater, that would put us in Scotland by Loch Lomond.


"The sixth battle was on the river called Bassas"


This is anyone’s guess. Could this be in Nottingham or Glasgow, Shropshire or Hampshire. Pick a county and pick a country.

The seventh battle was in the Caledonian Forest, that is, the Battle of Celidon Coit"

The seventh battlefield site is identified as being Caledonian Forest in Scotland. Although dear old Geoffrey of Monmouth suggested it was fought in Lincoln.


"The eighth battle was in Guinnion fort"

There are so many probably sights for this battle. But I tend to side with the southern Scotland theory.


"The ninth battle was in the City of the Legion"

Legion is in Chester, which is in the west of Briton and away from any advancing Saxons. What is Arthur doing there? But hang on, the Irish, it is said, had landed in the Mercy and had attacked Chester. It seems it wasn’t just the Saxons that Arthur was fighting.

Back to Scotland we go and we should look to the River Frew at Stirling. Or… how about the Severn at Gloucester, or the Eden at Carlisle or how about the River Ribble in Lancashire? Pick a river.

"The eleventh battle was on the hill called Agned"

Edinburgh is the preferred choice.

"The twelfth battle was on Badon Hill…”

Liddington Castle in Swindon is a contender. It certainly falls into the right time period and the village at the foot of the fort is called Badbury. Monmouth suggested Bath. But there is also Bradbury Rings in Dorset. Or how about Solsbury Hill, Somerset?

Nennuis gives us more question than answers. But one thing is for certain. Nennius states that.

"Arthur fought against the Saxons alongside the King of the Britons but he himself was the leader in the battles."

From this we can deduce that Arthur was never a king. He was a warrior. A great one. He was so good that others were being compared to him, but no one could match him, "But he was not Arthur…" 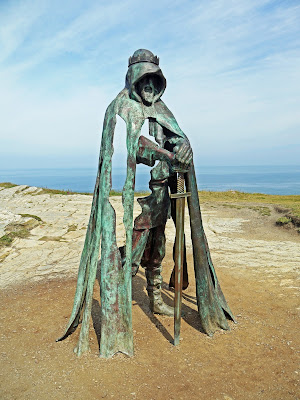 Did Arthur stop the Saxon invasion, for a few years at least? I think he did. According to the Annales of Cambriae (c. 995), Arthur died at the Battle of Camluan (Camlann) along with Mordred. After that, the poets and the Bards got hold of him. And when Geoffrey of Monmouth wrote his History of the Kings of Briton, Arthur, the warrior became King Arthur, the man that we are so familiar with.

Do I think that Professors Fields has found “Camelot.” That’s a tough one, I would have see his thesis on the subject before I made a decision. It is an interesting idea though.