I am so excited to start off this years 'Author's Inspiration' with one of my favourite historical fiction authors. So please give a warm Coffee Pot welcome to
Jana Petkin. 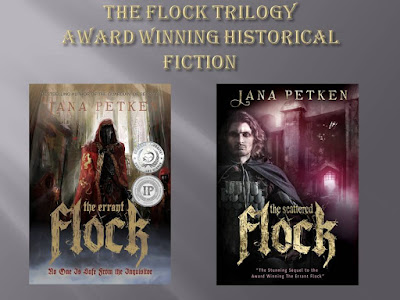 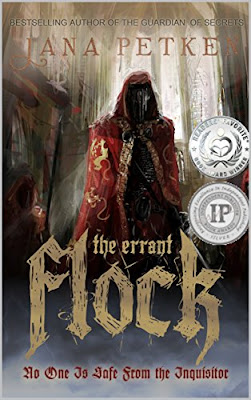 The ambitions of four men merge and collide in a deadly game of intrigue.


David Sanz, a young militiaman, is forced to carry out a heinous crime, and he becomes an unwitting pawn in a tense battle for power.

Luis Peráto, the duke of Sagrat, sacrifices his own people to cover up dark secrets that could see him burnt at the stake for treason.

Sergio Garcia, Sagrat’s lord treasurer, is a cruel and unscrupulous man, willing to eliminate anyone who opposes his rise to power.

The inquisitor, Gaspar de Amo, zealously punishes heretics for their sins against Rome and her Holy Office. But bringing the Inquisition to the town of Sagrat proves more challenging than he or the church could ever have envisaged.

In the midst of chaos, the people of Sagrat, terrorized by a series of murders, face an even greater danger with the arrival of the Inquisition and the unimaginable horrors it brings. 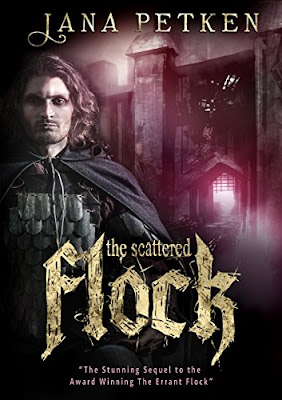 Jana Petken presents The Scattered Flock, a suspenseful, compelling sequel to the multi award winning, The

David Sanz’s journey south is halted abruptly after a devastating turn of events. In a tense battle for survival against thieves and the militia he has been fleeing from, he finds himself shackled and incarcerated in the prison he once guarded.

The Duke of Sagrat’s brother, Rafael Perato, has survived the war, and the royal court’s treacherous intrigues, but when news of his brother’s death reaches their Most Catholic Majesties his life is thrown into turmoil. Banished by the king, and tasked with carrying out insurmountable missions, he becomes entangled in a web of deadly plots and subterfuge, which threaten not only Sagrat but his very life.

In this fast paced epic, David Sanz and Rafael Perato face adversaries more devious and powerful than themselves, and it is only faith, courage, and unlikely alliances, that may save them both from the Inquisitor and the deadly marauder, Alejandro. 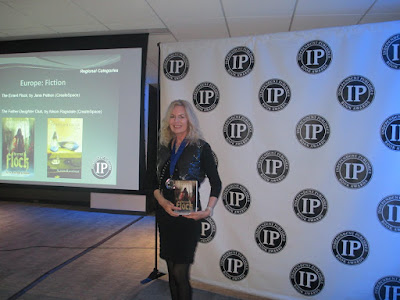 How could I not want to write this series, I asked myself? I live on the East coast of Spain, surrounded by medieval and Roman castles, walled towns, Jewish quarters that pre-date the Expulsion of the Jews in 1492, and most importantly, magnificent churches and cathedrals built during the 15th and 16th century.


The Spanish Inquisition was not a fleeting fad that passed into oblivion after a few years; it was a law and a way of life that endured for more than four centuries, leaving its mark on the Spanish people right up until the 1930’s and Spain’s Civil War.
I found writing the two books difficult at times, as the subject matter and research was disturbing and even distasteful to me, but I knew that there was no way to tell the story unless I plunged head first into the truth and emotions brimming over during the Inquisition period.
The characters in the story are completely fictional, as are some of the events they live through, however I did try to stick faithfully to the backdrop and people of the time to make the book as authentic and as true to life as possible.
Spain in the 15th century was run by a feudal hierarchy, with noblemen exempt from paying taxes, being given huge power over their lands and peoples, yet still being beholden to their monarchs’ whims.
The powerful Catholic Church and Inquisition Council that operated in conjunction with the civil courts also had their own laws, judges and jewry who zealously hunted, found and punished heretics. I was, in part, also drawn to write this story because of the inquisitors’ utter carelessness when it came to castigating a population who were in many cases innocent of crimes – indeed, most people were found guilty, simply because they dared to think differently from the norm, were enlightened, or worshipped something other than Rome’s and the Inquisition’s view of God and his laws.
I was also inspired because I see history repeating itself, to a certain extent, in many parts of the world with the terror groups who are infinitely more evil than the Inquisition, but whose mantra is similar: Worship God our way, believe and act the way we do without question and within our manmade doctrine, or die or rot in prison.
The Flock Trilogy books one and two challenges the subject of heresy, loyalty, faith, and evil. It is a thriller, a dilemma, a look into the minds of the most powerful and the downtrodden, fighting to keep their dignity, faith and their heads on their bodies. It is also a story of love of family and the lengths men will go to keep their nearest and dearest safe. 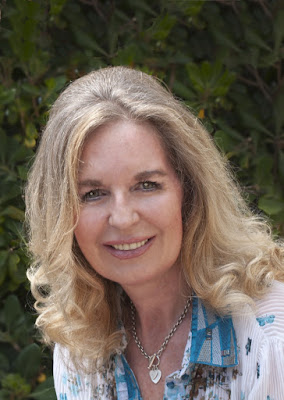 Jana Petken served in the (British) Royal Navy as a leading Wren Regulator, equivalent to a sergeant in the military police.

After the Navy she worked for a travel company as an overseas representative.

She was a security guard at the BBC World Service radio station. Afterwards she spent twelve years as a bodyguard for a Saudi Arabian Princess.

Her final career was as a cabin-crew member for British Airways. Unfortunately, she suffered serious injuries on board a flight. The aircraft, a Boeing 747, was flying at 39,000 feet above Africa when it was caught in clear-air turbulence. As a result of that accident, she endured three major operations on her spinal cord, and was forced into retirement.