Let’s give a warm welcome to T.E.Taylor. Tim  is going to share with us the inspiration behind his latest book…

Zeus of Ithome
By
T.E.Taylor 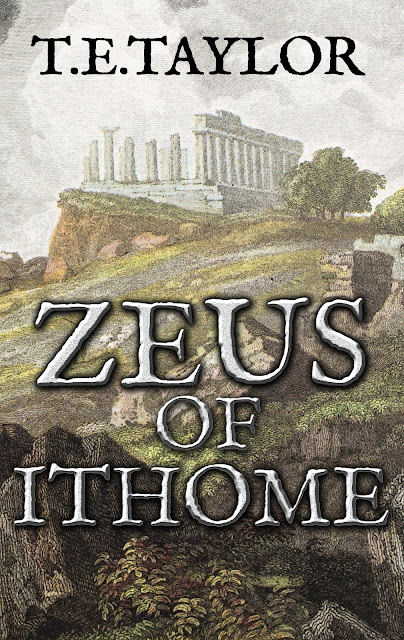 Greece, 373 BC. For three centuries, the Messenian people have been brutally subjugated by their Spartan neighbours and forced to work the land as helot slaves. Diocles, a seventeen-year-old helot, has known no other life but servitude. After an encounter with Spartan assassins, he is forced to flee, leaving behind his family and his sweetheart, Elpis. On Mount Ithome, the ancient sanctuary of the Messenians, he meets Aristomenes, an old rebel who still remembers the proud history of their people and clings to a prophecy that they will one day win back their freedom. A forlorn hope, perhaps. But elsewhere in Greece, there are others too who believe it is time that the power of Sparta was broken.

“Well-crafted and with an engaging narrative, Zeus of Ithome is interspersed with a detailed historical backdrop ... a well-researched novel intertwined with a heartwarming story” – Historical Novels Review 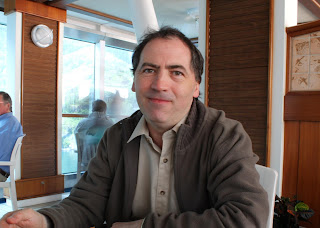 I’d always been fascinated by ancient Greece since I was a child, and I studied Classics at university. The interest continued after I left, but for many years afterwards it didn’t manifest itself in any of my personal projects.
That all changed when I was reading a book about Sparta by the historian Paul Cartledge. We all know the Spartans: their reputation for courage and martial prowess continues to be celebrated to this day in books, TV documentaries and Hollywood movies. What is not so well known is that the reason they were able to devote themselves full-time to the arts of war – and to a large extent, the reason they needed to do so – was that quite early in the history of Sparta they conquered their neighbours and turned them into hereditary ‘helot’ slaves, who were forced to work the land for Spartan masters. Thus freed from the need to feed themselves, Spartan male citizens were able to spend all their time – from the age of seven onwards – training for war or fighting it. The helots, collectively necessary but individually expendable, provided ample opportunity for Spartan young guns to try out their killing skills, an activity which was considered useful for culling any uppity helots and keeping the rest firmly under the thumb.
All of this I already knew, from my earlier studies. I was also aware that the helots included the original inhabitants of Laconia (the country surrounding Sparta) and also those of Messenia, the land across the Taygetus mountains to the west, who were conquered and enslaved by their Spartan neighbours in the eighth and seventh centuries BC. Beyond that, however, I had never really studied the helots or thought too much about them. They feature as unfortunate bit players in the mainstream history of classical Greece.
Reading Cartledge’s discussion of the helots sparked a new and powerful interest in me, and gave birth to the germ of an idea. I was particularly struck by the fact that, although they remained in brutally enforced subjection for three hundred years, the Messenian people never lost their sense of nationhood or desire for freedom, and would rise in revolt when the opportunity arose. It seemed to me that their story was crying out to be told.
What also became clear as I read was that, in the mid fourth century BC (a little later than the period I had studied at university) developments elsewhere in Greece provided an opportunity for the Messenians to make one final bid for freedom. These events themselves were full of drama and packed with fascinating characters, such as the visionary Theban general and statesman Epaminondas. There, almost ready made, was the framework for a story that would bring to life the long struggle of the Messenians and reveal the dark side of Sparta and the myth of its invincibility.
Quite quickly after that I conceived of the fictional characters whose personal stories would unfold against the backdrop of historical events: Diocles, a young runaway helot; his childhood sweetheart Elpis; and Aristomenes, a hard-bitten old Messenian rebel whom Diocles meets on the slopes of Mount Ithome, the ancient sanctuary of the Messenians. The outline of what would become Zeus of Ithome came together during the course of a long train journey and the rest, as they say, is history!

Tim was born in 1960 in Stoke-on-Trent. He studied Classics at Pembroke College, Oxford (and later Philosophy at Birkbeck, University of London). After a couple of years playing in a rock band, he joined the Civil Service, eventually leaving in 2011 to spend more time writing.
Tim now lives in Yorkshire with his wife Rosa and divides his time between creative writing, academic research and part-time teaching and other work for Leeds and Huddersfield Universities.
Tim’s first novel, Zeus of Ithome, a historical novel about the struggle of the ancient Messenians to free themselves from Sparta, was published by Crooked Cat in November 2013; his second, Revolution Day in June 2015.  Tim also writes poetry and the occasional short story, plays guitar, and likes to walk up hills.