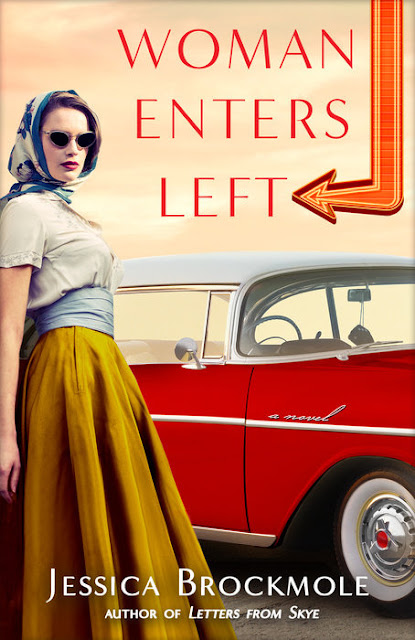 A woman sets out on a cross-country road trip, unknowingly tracing in reverse the path her mother traveled thirty years before.

In the 1950s, movie star Louise Wilde is caught between an unfulfilling acting career and a shaky marriage when she receives an out-of-the-blue phone call: She has inherited the estate of Florence “Florrie” Daniels, a Hollywood screenwriter she barely recalls meeting. Among Florrie’s possessions are several unproduced screenplays, personal journals, and—inexplicably—old photographs of Louise’s mother, Ethel. On an impulse, Louise leaves a film shoot in Las Vegas and sets off for her father’s house on the East Coast, hoping for answers about the curious inheritance and, perhaps, about her own troubled marriage.

Nearly thirty years earlier, Florrie takes off on an adventure of her own, driving her Model T westward from New Jersey in pursuit of broader horizons. She has the promise of a Hollywood job and, in the passenger seat, Ethel, her best friend since childhood. Florrie will do anything for Ethel, who is desperate to reach Nevada in time to reconcile with her husband and reunite with her daughter. Ethel fears the loss of her marriage; Florrie, with long-held secrets confided only in her journal, fears its survival.

In parallel tales, the three women—Louise, Florrie, Ethel—discover that not all journeys follow a map. As they rediscover their carefree selves on the road, they learn that sometimes the paths we follow are shaped more by our traveling companions than by our destinations.

“Tender, touching, original, and rich with delicious period detail of Hollywood’s heyday—buckle up, because you’ll definitely want to go on a road trip after reading this delightful book!”

During the Blog Tour we will be giving away 2 signed copies of Woman Enters Left! To enter, please enter via the Gleam form below.

•Giveaway ends at 11:59pm EST on October 6th. You must be 18 or older to enter.
•Giveaway is open to residents in the US only.
•Only one entry per household.
•All giveaway entrants agree to be honest and not cheat the systems; any suspect of fraud is decided upon by blog/site owner and the sponsor, and entrants may be disqualified at our discretion.
•Winner has 48 hours to claim prize or new winner is chosen.

You can enter the Giveaway here! 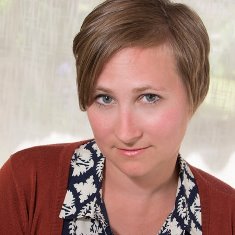 Jessica Brockmole is the author of At the Edge of Summer, the internationally bestselling Letters from Skye, which was named one of the best books of 2013 by Publishers Weekly, and Something Worth Landing For, a novella featured in Fall of Poppies: Stories of Love and the Great War. She lives in northern Indiana with her husband, two children, and far too many books.