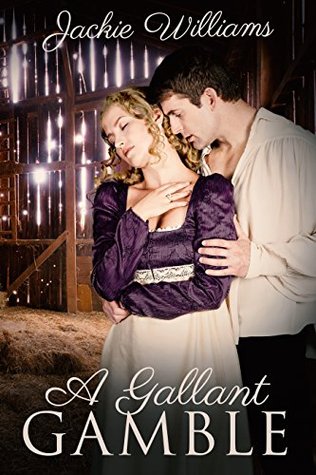 She had been creating havoc since the moment he had first set eyes on her, but avoiding the outrageous yet beautiful Lady Charlotte, had become almost impossible. With her delightful innocence and her exquisite looks, she had entangled herself firmly in his heart.

If only Geoffrey could act upon the riotous emotions that tormented him through day and night, but even as she stood half-naked in front of him, he knew that it was impossible for a stable hand to marry a Lady. Though he had saved her guardians life, the new Lord Caithwell would have him flogged if he knew the thoughts that tortured Geoffrey’s every waking moment.

Now, what with the Duke of Ormond ordering him to accompany Lady Charlotte on her first season in London, Geoffrey’s equilibrium is about to be shattered. Protecting the vivacious woman from the felons who would attempt to steal her fabled Caithwell diamond will be difficult enough, but the thought of any other man even so much as dancing with her was enough to bring Geoffrey out in a cold sweat.

He didn’t think his heart could take it. He needed a distraction from the impossibility of having her for himself. Perhaps riding in Lord Davenport’s annual steeplechase would be a fitting diversion from the delights of the woman he could never win.

Perhaps he would triumph and take the thousand guinea prize. Or maybe he would lose not only the woman he loves, but also his life as rivals for her hand and her priceless heirloom, gamble on the outcome.

A Gallant Gamble is a 16+ (sensual, sexual content) stand-alone read in the Unrivalled Regency series, however, the books are best read in order to fully appreciate all the characters and situations.

Geoffrey is determined to drive Lady Charlotte from his thoughts.  A man like him has no business daydreaming about a Lady like her. She is so far above his station that to even dream about her is ridiculous. But Lady Charlotte is like no other woman that he has ever met. She is courageous, reckless, beautiful, and kind. She is slowly driving him crazy.

Lady Charlotte does not know what she has done wrong. Well, she does, but surely Geoffrey can understand that helping to birth that foal meant she had to take her gown off. It wasn't as if he could see anything. But ever since that...incident...he has been avoiding her. And for some reason, it hurts unbearably.

But now the Duke of Ormond has ordered Geoffrey to be Lady Charlotte escort during her first season in London. Geoffrey can think of nothing more torturous. If Charlotte were to find a husband, then his heart would be forever broken, but what could he possibly offer her and why would she want to accept a nobody like him as her husband?

Jackie Williams has done it again. She has brought us a story filled with passion, mystery, intrigue, and laughter in A Gallant Gamble (Unrivalled Regency #3). The story was so engaging that I did not put this book down and read it within a couple of hours.

I loved the characterisation of both Charlotte and Geoffrey. They both adore each other, but they both think themselves unworthy of each other. Their love story was filled with doubts and misunderstandings, but if ever there were two people made for each other then it is Charlotte and Geoffrey. Their love story is not only believable but wonderful to read about. I thoroughly enjoyed it.

Although this is Book 3 in the Unrivalled Regency, it does work very well as a standalone, but I would recommend starting with Book 1 because you don’t want to miss one page of this fabulous series.

If you are looking for a quality Regency Romance, with one or two surprises, then A Gallant Gamble (Unrivalled Regency #3) is for you. 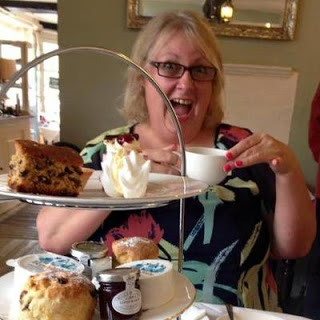 I was born in Essex England during the mid sixties but I missed all the fun. Being only young I assumed that all Beatles were six legged creatures and Flower Power was something to do with the vigorous way my mother kneaded the bread dough.

My own beautiful teenage daughter persuaded me to write my first romance. She was only fourteen at the time and between books for children and adults. She couldn’t find anything that ticked all her numerous and particular boxes and so she asked me to write a book, with all the exact ingredients just for her. Though not just a book for teens, she enjoyed the resulting tale so much that she shared it with her friends and I eventually published A Perfect Summer as an ebook on amazon.

But I have discovered that writing is not easily stopped once you start. It has turned into a grand passion that I just cannot hold back. The fingertips start tapping the keys and ideas suddenly come flooding, far too many for just one book and so I began another and then another. Nine books later I am still nowhere near done. Book ten is on its way and only just the other night I woke from a wild and wonderful dream with book eleven fully formed in my head.

Romance will always be my first love but recently I was so influenced by a tiny polished plaque on a sea wall that I gave paranormal romance a try. (Echo Beach) Mixing the two genres was a real challenge for me but I was delighted with the result. Historical romance is going to be my next genre. All those fabulously titled and passionate men are impossibly hard to resist.
Posted by Mary Anne Yarde at 13:28