It is with the greatest of pleasures that I welcome back author, Larry D. Shackelford onto the blog! Larry is going to tells us about his inspirations behind his latest book… 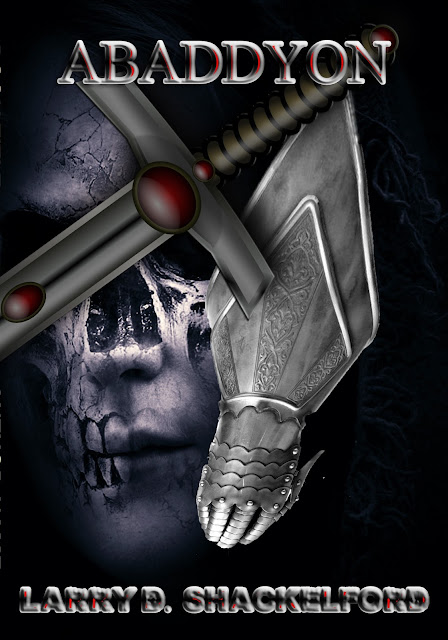 Abaddyon is a fast-paced, Christian, apocalyptic urban fantasy/science fiction romance thriller that takes place in Salt Lake City, Utah and St. Louis, Missouri.  On a sleepy Sunday morning, the local populations are oblivious to ominous events that have occurred on the other side of the globe.  Sacred Biblical artifacts were stolen from a sacred shrine, and are about to unleash devastating effects on their future and the other surviving members on earth.

FBI Special Agent Alan O'Brian, a recent transplant to Salt Lake City, is unwittingly thrust into a chaotic survival scene as the city suffers massive destruction and calamity.  The chain of events are incomprehensible, but with the aid of a rookie FBI agent and a comical Lutheran pastor, Alan attempts to reconcile and resolve the devolving situation.

Emily Cannon is a young housewife residing in a Northern suburb of Salt Lake City.  Her perfect, protected life and religious commitment to the predominant religion is vanquished by the devastating earthquakes that rock the city.   The earthquakes are not her only obstacles; her children have vanished, and the unfathomable seismic events have revealed hidden community secrets Emily could have never imagined.
All hope seems lost when Abaddyon and his legion of angels surface from the depths of hell to claim the condemned souls of the survivors.  Alan and his team of improbable characters must locate and consecrate the unprecedented artifacts in order to reverse the disaster. Battling nature’s fury and formidable hellish creatures, their task is a daunting race against time, and individual spiritual awakenings.

Thank you Mary Anne for inviting me back to your blog site.  I have thoroughly enjoyed reading the stories and inspirations from the other authors featured on your site, and it is an honor and a privilege to be included once again.  I must also say that I look forward to the next installment of your incredible Du Lac Chronicles series!

The inspiration behind the Christian fiction book “Abaddyon” was directly related to my interest in Biblical studies, apologetics, hermeneutics, and epistemology.  I grew up the southern part of the State of Missouri, and I was very fortunate to be raised in a Bible-believing family.  If you are unfamiliar with this region of the United States, this area is known as the “Bible belt of America”.  To help explain this concept better, it may be useful to know that “God” is a three-syllable word in this area (pronounced Ga-haw-da).

Many years ago, I seriously considered resigning from my law enforcement position to pursue a career as a Lutheran pastor, but as fate would have it, this ambition did not materialize.  I could provide a myriad of reasons (otherwise known as poor excuses!) for not obtaining this goal, but perhaps I was negligent because of what a seasoned Lutheran pastor once told me.  “Son, you have to understand that if you become a pastor, you will be rewarded with blessings beyond your understanding.  But, you must also understand that taking on this responsibility is kind-of like taking on a second wife!”  I realized what he was trying to tell me with his humorous comparison, but none-the-less, his comment made a lasting impression on me.  Regardless, there are many ways to serve, and I was grateful for the opportunity to teach High School Sunday School lessons for many years, which I enjoyed immensely.  Ironically, I reside in the State of Utah which has a thriving polygamous community, and the dominate religion is not considered within in the mainstream of orthodox Christianity.  As you have probably guessed, Sunday morning Bible study frequently deterred from what I was supposed to be teaching, to explaining the differences in religions.

My goal with Abaddyon was to write an entertaining Christian action/adventure story with unique characters and diverse backgrounds.  Abaddyon is the seventh book that I have published, and regardless of the genre, I always try and incorporate a compelling romance story.  This story was extremely difficult to write due to the fact the main love story centers around two characters from very different cultures and religious beliefs.  Add in complicating factors such as hellish (no pun intended) circumstances and insurmountable odds of survival, and it is difficult to imagine that true love could ultimately prevail.

One of the main reasons I write fiction stories is because it is challenging to write stories where a unique cast of characters are placed into situations that are difficult to resolve.   Not only do they need to survive, but they must overcome obstacles based on their background and capabilities.  In writing Abaddyon, I hope I was successful with this endeavor.  One final note pertaining to the difficulty in writing this story was, I felt it was important to point out the differences in the religions, but I also believed it was imperative to accomplish this task in a respectful and sensitive manner.

I can honestly say that I will probably not attempt to write another book that involves different theologies anytime soon.  I intend on focusing my efforts toward the customary chaos, calamity, and mayhem fiction themes…or in other words…the usual love stories!
Thanks again Mary Anne! 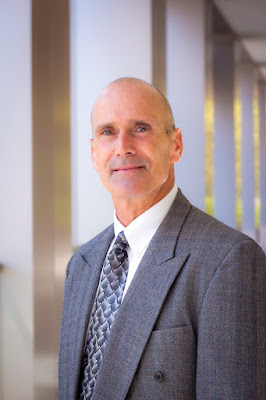 Larry was raised in southwest Missouri where he received his college degree, but he received his education after he graduated and began working in a maximum-security federal prison. After spending two years behind bars, he continued his law enforcement career as a criminal investigator, residing and working in eight states and two foreign countries. Larry retired from law enforcement after twenty-five years of service and resides in Salt Lake City with his wife and cat.
Useful Links
Facebook
Twitter
Posted by Mary Anne Yarde at 07:00