Please give a warm Coffee Pot welcome to Historical Romance author, Tracy Miller. Tracy is going to share with us her inspirations behind her fabulous book…
Loveweaver 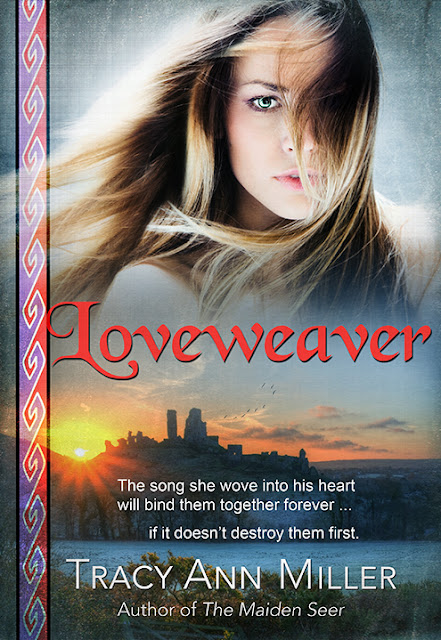 The year is 895. Slayde's job as an top military leader of Kent is to rid England of the last of the Viking raiders. But Llyrica is no ordinary Viking. She's a beauty with a mysterious past ... and a talent for weaving song spells. Even as Slayde saves her from drowning, he knows Llyrica will be a dangerous distraction.

Llyrica is now a stranger in a strange land on a mission to fulfill a deathbed promise. But she must also find her missing brother. This man, Slayde, known as The StoneHeart in his country, seems determined to block her at every turn. And yet she can't help but be drawn to the affectionate, loving side of him that awakens when he sleeps - The sleepwalker.

Unknown to both Llyrica and Slayde, each will use the other to accomplish their quests. Both will also fall under the song spell that she wove into the braid of his tunic.

Will her Lovespell ensure a happily ever after for them? Or condemn them to a love that was never meant to be?

As a former dressmaker and current crafter/DIYer, I have always been fascinated by the art of weaving. So when, during my Viking research, I discovered tablet weaving, I knew it would somehow make its way into a book.

Soon after, I learned that Viking women sang blessings and prayers as they worked at their looms. Viola! My character Llyrica was conceived. She would be highly skilled at tablet weaving, and sing blessings into her decorative braids. She would even weave a lovespell. She would come to be know as the Loveweaver.

Among the details I learned about tablet weaving was that a partial loom was found among the artifacts at a burial site in Norway on the Viking ship, the Oseberg. It dates to around 850 AD. Tablet weaving likely dates back to ancient Egypt. 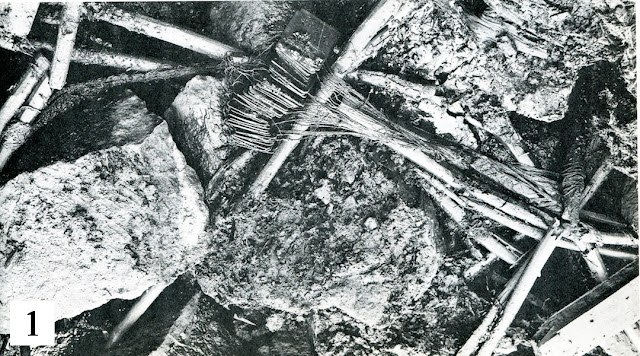 With the purchase of book on tablet weaving, also known as “card weaving” I soon understood the basics enough to build my own loom, and create my own “tablets” or “cards.” 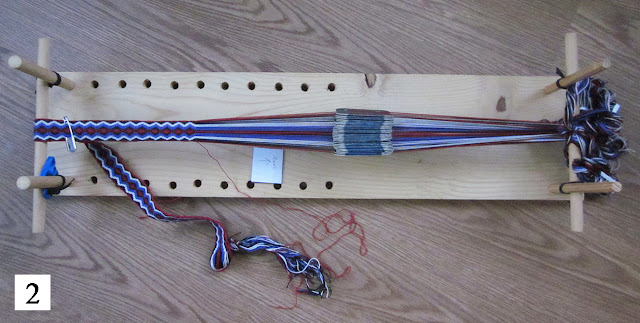 The most time consuming part of any type of weaving is the cutting of the warp yarns and the warping (threading) of the loom. With tablet weaving, the yarns must pass through the holes in the cards in right color combinations, and direction.

The design you see on my loom is the same that Llyrica wove for Slayde’s tunic. I chose this pattern because it goes quickly, especially for an experienced weaver. 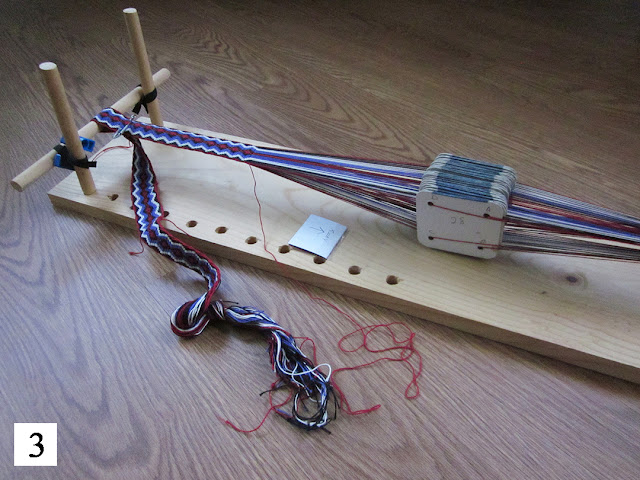 With tablet weaving, as long as you have the tablets and yarn, you can basically set it up and do it anywhere. Llyrica did this many times.

You’ll see a lot of irregularities in the close up of my finished braid. Llyrica’s braid is perfect.

To see tablet weaving in action, watch this YouTube video:

Learning tablet weaving connected me creatively to Llyrica, and it helped me understand what could and could not be achieved as a weaver. They say write what you know, or know what you write, and for me knowing how to weave added something special to my non-writing life.

I so enjoy a heroine in historical romance who has an awesome skill that she uses as a kind of power in the world. It might be healing, rune-reading, baking, archery, singing, dancing or you-name-it. This “power” will also influence the hero in a way that is almost magic. But is it magic? Maybe it’s the magic of love. 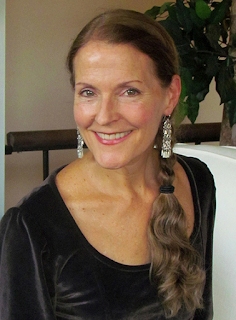 Although Tracy Ann Miller is primarily a graphic designer, (see her work at tracymillerdesigns.com) she has been writing novels for over 20 years.

She was an active member of the National Romance Writers of America with her local chapter, The Virginia Romance Writers. It was there she honed her craft by attending workshops, conferences, and by coordinating The VRW's Fool for Love Contest.

Before being published, she entered and won numerous writing contests, including The Fool for Love Contest for Loveweaver, and the Between the Sheets best love scene contest for The Maiden Seer.

She writes to keep the hero and heroine interacting in story as much as possible (no long separations) and of course they get a spectacular happily ever after.

Tracy invites you to read Loveweaver, and her second book, The Maiden Seer.