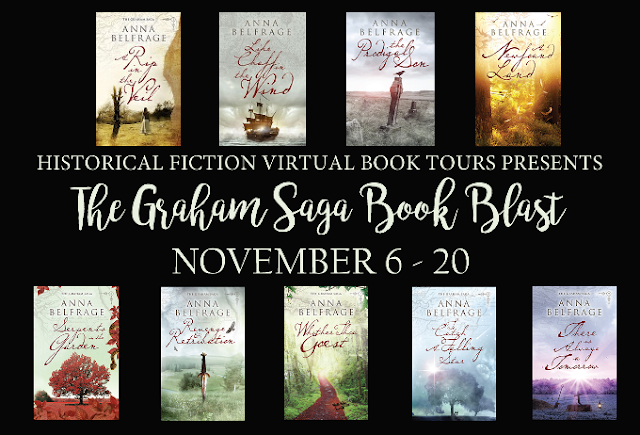 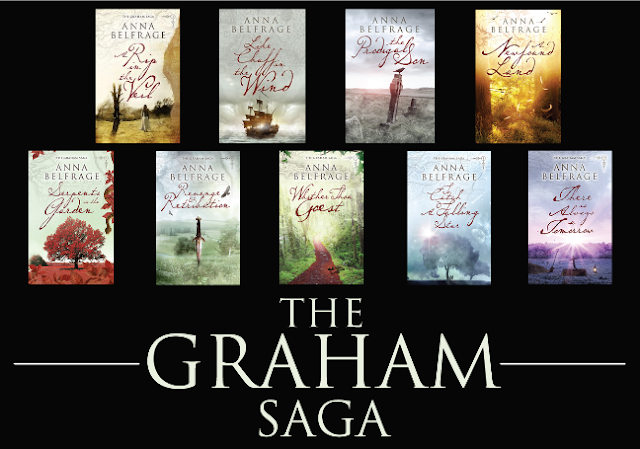 This is the story of Alex and Matthew, two people who should never have met – not when she was born three hundred years after him.
It all began the day Alex Lind got caught in a thunderstorm. Not your ordinary storm, no this was the mother of all storms, causing a most unusual rift in the fabric of time. Alex was dragged three centuries backwards in time, landing more or less at the feet of a very surprised Matthew Graham.

In a series of books we follow the life and adventures of the expanding Graham family, both in Scotland and in the New World – and let me tell you it is quite an exciting life, at times excessively so in Alex’ opinion.
Sometimes people ask me why Alex had to be born in the twentieth century, why not make her a woman born and bred in the seventeenth century where the story is set? The answer to that is I have no idea. Alex Lind is an insistent, vibrant character that sprung into my head one morning and simply wouldn’t let go.

Seductively she whispered about terrible thunderstorms, about a gorgeous man with magic, hazel eyes, about loss and sorrow, about love – always this love, for her man and her children, for the people she lives with. With a throaty chuckle she shared insights into a life very far removed from mine, now and then stopping to shake her head and tell me that it probably hadn’t been easy for Matthew, to have such an outspoken, strange and independent woman at his side.

At this point Matthew groaned into life. Nay, he sighed, this woman of his was at times far too obstinate, with no notion of how a wife should be, meek and dutiful. But, he added with a laugh, he wouldn’t want her any different, for all that she was half heathen and a right hand-full. No, he said, stretching to his full length, if truth be told not a day went by without him offering fervent thanks for his marvelous wife, a gift from God no less, how else to explain the propitious circumstances that had her landing at his feet that long gone August day?

Still, dear reader, it isn’t always easy. At times Alex thinks he’s an overbearing bastard, at others he’s sorely tempted to belt her. But the moment their fingertips graze against each other, the moment their eyes meet, the electrical current that always buzzes between them peaks and surges, it rushes through their veins, it makes their breathing hitch and … She is his woman, he is her man. That’s how it is, that’s how it always will be.

Book One: A Rip in the Veil
Book Two: Like Chaff in the Wind
Book Three: The Prodigal Son
Book Four: A Newfound Land
Book Five: Serpents in the Garden
Book Six: Revenge & Retribution
Book Seven: Whither Thou Goest
Book Eight: To Catch a Falling Star
Book Nine: There is Always a Tomorrow (November 2017)

During the Blog Tour we will be giving away Books #1-8 in paperback to one lucky winner! Enter here.

• Giveaway ends at 11:59pm EST on November 20th. You must be 18 or older to enter.
• Giveaway is open INTERNATIONALLY.
• Only one entry per household.
• All giveaway entrants agree to be honest and not cheat the systems; any suspect of fraud is decided upon by blog/site owner and the sponsor, and entrants may be disqualified at our discretion.
• Winner has 48 hours to claim prize or new winner is chosen. 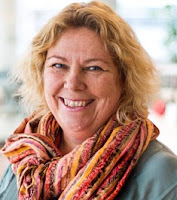 Anna was raised abroad, on a pungent mix of Latin American culture, English history and Swedish traditions. As a result she’s multilingual and most of her reading is Anna Belfragehistorical- both non-fiction and fiction. Possessed of a lively imagination, she has drawers full of potential stories, all of them set in the past. She was always going to be a writer – or a historian, preferably both. Ideally, Anna aspired to becoming a pioneer time traveller, but science has as yet not advanced to the point of making that possible. Instead she ended up with a degree in Business and Finance, with very little time to spare for her most favourite pursuit. Still, one does as one must, and in between juggling a challenging career Anna raised her four children on a potent combination of invented stories, historical debates and masses of good food and homemade cakes. They seem to thrive…

For years she combined a challenging career with four children and the odd snatched moment of writing. Nowadays Anna spends most of her spare time at her writing desk. The children are half grown, the house is at times eerily silent and she slips away into her imaginary world, with her imaginary characters. Every now and then the one and only man in her life pops his head in to ensure she’s still there.

For additional information regarding Anna, her characters, extra scenes, and teasers for her next books, have a look at Anna’s website at: www.annabelfrage.com. You can also find her on Facebook or follow her on Twitter.
Posted by Mary Anne Yarde at 07:00