Blog Tour ~ The It Girl And Me #HistFic @hfvbt @4gottenflapper

The It Girl and Me:
A Novel of Clara Bow 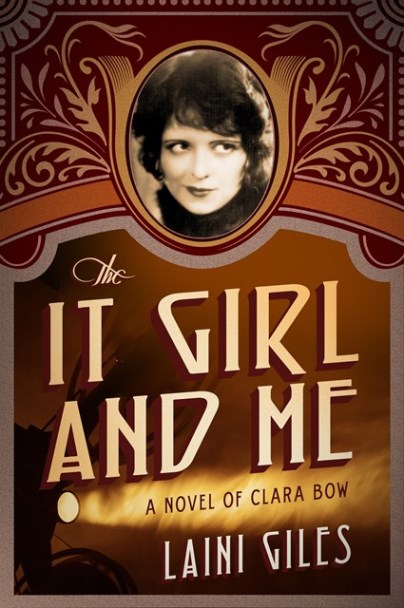 Daisy DeVoe has left her abusive husband, her father has been pinched for bootlegging, and she’s embarrassed by her rural Kentucky roots. But on the plus side, she’s climbing the ladder in the salon of Paramount Pictures, styling hair for actress Clara Bow.

Clara is a handful. The “It” Girl of the Jazz Age personifies the new woman of the 1920s onscreen, smoking, drinking bootleg hooch, and bursting with sex appeal. But her conduct off the set is even more scandalous. Hoping to impose a little order on Clara’s chaotic life, Paramount persuades Daisy to sign on as Clara’s personal secretary.
Thanks to Daisy, Clara’s bank account is soon flush with cash. And thanks to Clara, Daisy can finally shake off her embarrassing past and achieve respectability for herself and her family.

The trouble begins when Clara’s newest fiancé, cowboy star Rex Bell, wants to take over, and he and Daisy battle for control. Torn between her loyalty to Clara and her love for her family, Daisy has to make a difficult choice when she ends up in the county jail.

Here, Daisy sets the record straight, from her poverty-stricken childhood to her failed marriage; from a father in San Quentin to her rollercoaster time with Clara, leaving out none of the juicy details.

I hadn’t even heard her approach, but there was Clara Bow right behind me. The world’s most famous redhead was actually more of a deep auburn, with those deep, lively brown eyes that suggested lots of mischief. I’d seen her from afar in San Antonio, but we’d never met. I’d been too nervous to introduce myself.

The grapevine was abuzz with talk of Edna’s explosion at Pola Negri the week before. Too much pent-up anger, too much Pola. Word was, she’d picked up her last check two days ago and had already taken a job at the Christie Studios on Sunset at El Centro. It was a step down, but at least she was still working.

I was sad to see her go—she’d taught me so much. But her departure meant that those of us left behind were able to move up the salon ladder. So that put me in charge of doing hair for Paramount’s biggest star, Clara Bow. I was excited, nervous, happy, and nauseated, all at the same time. The minute I got back from San Antonio, they’d put me to work doing the hair for her new picture called It. In it, Clara’s character, poor shopgirl Betty Lou Spence, fell for her boss, rich store owner Cyrus Waltham.
Clara’s face lit up at my bit of gossip.

“Gone? Then I guess it’s upta you.” She gave me a wink and hopped into my chair, snapping her gum.

We had tents set up along the waterfront, not far from the casino, and they’d be filming scenes on the S.S. Avalon, standing in for Cyrus’s yacht, the Itola.

“You’ll look great,” I said, hoping I was right. World’s most famous redhead, and they were depending on me to keep her looking her best. Clara had to shine like gold or I’d get the sack.

“What’s your name?” she asked.

“Pleased to meetcha. I’m Clara,” she said unnecessarily. She held out her hand and smacked her gum.

“I know,” I said with a chuckle and took it—the hand, not the gum.

“So whereya from, Daisy DeVoe?” she asked.

At least twenty other flicker stars had asked me the same thing, looking to pass the time while they were in the chair. But most people didn’t have a clue where Kentucky was or why it existed. There was nothing notable about it at all, except you could probably get better bourbon there than just about anywhere else in America right then. My people were used to revenue men. Had been outrunning them for years.
“Paducah, Kentucky, originally,” I said.

“Wherezat?” she said, wrinkling her brow.

“On the Ohio River, about halfway between the north and the south,” I said.
“You talk funny,” she said.

She slapped her knee and gave a big hooting laugh. That did it. We were friends.

“Let’s see what condition your hair’s in before I get started,” I said, examining the color and texture of the strands. She glanced at me in the mirror as I looked at the roots and the ends.

“It looks a little dull to me. When we get back to the lot I’d like to try mixing a little bleach with the henna. It’ll be more vivid on camera. Brighter and less muddy. What do you think?”

During the Blog Tour we will be giving away 5 paperback copies of The It Girl and Me! You can enter the Giveaway here

• Giveaway ends at 11:59pm EST on November 29th. You must be 18 or older to enter.
• Giveaway is open to US & Canada only.
• Only one entry per household.
• All giveaway entrants agree to be honest and not cheat the systems; any suspect of fraud is decided upon by blog/site owner and the sponsor, and entrants may be disqualified at our discretion.
• Winner has 48 hours to claim prize or new winner is chosen. 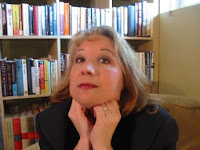 Originally from the counterculture mecca of Austin, Texas, Laini discovered a love of reading early on, and when she was eight, decided to be Nancy Drew. This dream was dashed when she realized she was actually a big chicken, and that there were no guarantees of rescue from tarantulas, bad guys with guns, and other fiendish plot twists. She finished her first “mystery novel” (with custom illustrations) when she was nine.

She set the writing aside for a while when life got in the way, but was led back to it through her interest in genealogy and 18 months of enforced unemployment due to moving north for maple-flavored goodies and real beer. Reading old microfilm stirred new life into her interest in writing, and watching early silent films struck the match.

Like most other writers, most of her monthly budget is spent on coffee and books. She lives with her husband and their two gray cats in Edmonton, Alberta.