We are heading back to Scotland today...

To be more specific we are heading about 1mile - 1.6km for those who prefer metric - to the east of Edinburgh Castle.

Just a short walk from Edinburgh's famous Royal Mile, is Holyrood Estate, which is owned by the reigning monarch, Elizabeth II. This 650 acre sight is made up of an array of hills, glens, lochs ( we are in Scotland after all) and basalt cliffs.

The highest point of the Royal Park is Arthur's Seat. For those who are interested, Arthur's Seat is a dormant volcano.

If you ever happen to find yourself in Edinburgh - great city, cannot recommend it enough - and you have the energy to climb it, then you will be rewarded with panoramic views of Scotland's capital city.

Arthur's Seat was once the site of a large, and very well preserved fort, that dates from around 2000 years ago. 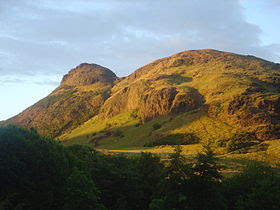 
Okay. Let us venture back to the 6th Century and to a Welsh poem called Y Gododdin and let us travel to an area which we now call Edinburgh. The land belonged to the Votadini (Gododdin) and these people were warriors. They also held a strong dislike for those invading Angles. The poem speaks of what happened in the battle between the Gododdin's and their enemy. But there is one, interesting stanza. Check it out...

He pierced three hundred, most bold,
He cut down the center and wing.
He was worthy before the noblest host,
He gave from his herd horses in winter.
He fed black ravens on the wall
Of the fortress, although he was not Arthur.
Among those powerful in feats
In the front rank, a palisade, Gwawrddur.

If you are interested in reading more of the poem, check out this site http://faculty.arts.ubc.ca/sechard/492godo.htm

Is that it? I hear you ask, clearly confused. 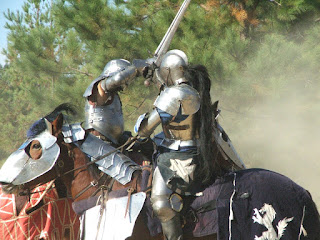 Umm...Well, one thing is certain, whoever the poet was talking about, it wasn't Arthur, but he was a great man... an almost Arthur. But, if this great man was compared to - now I am assuming they are talking about the Arthur that we are talking about - then by the 6th Century, Arthur was already somewhat of a legend. A man others were compared to.

But what has this got to do with Arthur's Seat?

Arthur's Seat is where, it is said, the Votadini's - Gododdin's - had their fort or maybe they had their fort where Edinburgh Castle now sits - lets rephrase - their fort was somewhere in what is now modern day Edinburgh.

Let's clutch at some straws. Lets pretend that Arthur's Seat (or Edinburgh) is another contender for the site of Camelot? Knowing what we already know of Camelot ( if you missed it check out this link) we must come to our own conclusions.

I do not think there is that much to link Arthur's Seat with Camelot. I may be wrong. It has been known to happen now and then. The only thing that connects it, as far as I can see, is the name and even that turns out to be slightly dubious.

William Maitland proposed the most outlandish idea that Arthur Seat was actually a corruption of the Gaelic Àrd-na-Said, which he translated as "Height of Arrows." - which became known as - Archer's Seat - Arthur's Seat?? Do you see where he was going with it?

Now it is proposed that the actual "seat" is between the highest point of the peak and a secondary point a little way South. Perhaps Arthur was really big? Who Knows.

But, all jesting aside. Arthur Seat does come up in Arthurian literature several times. It is said that the fort once went by the name Castellum Puellarum - Castle of Women. This castle was the home to women prisoners (and / or) seductive women who would tempt any knights to a night of sin...unless the knight was Galahad, but that's a whole other story. And of course, it was the home of Arthur's half-sister, Morgan Le Frey. 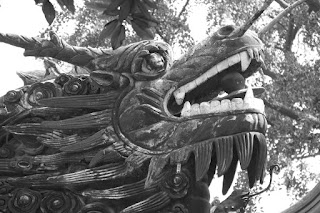 There are many stories that swirl around these ancient hills - from the mysterious coffins found there to the anti-aging properties of the hills Mayday dew. My personal favorite isn't about Arthur at all. It is about a dragon. A terrible dragon who plundered the kingdom, burning and eating all the livestock. The dragon became so full that he lay down, fell asleep and never woke up again. It kind of fits with this whole dormant volcano thing Arthur's Seat has going on.

Email ThisBlogThis!Share to TwitterShare to FacebookShare to Pinterest
Labels: Arthur Pendragon. King Arthur, Arthur's Seat, Camelot, King Arthur and his Knights of the Round Table, Myths and Legends