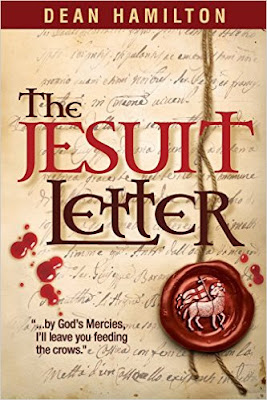 Dean Hamilton takes us on a journey back to the year 1575, in The Jesuit Letter.

Christopher 'Kit' Tyburn is home from a brutal war against the Spanish in Flanders. He is seeking a different life to the hell he lived before.


He becomes a player for the Earl of Worcester's Men and instead of fighting in battle, he now fights on a stage in front of an audience.

Due to the plague that is terrorising