The Pirates Bride
By
Cathy Skendrovich 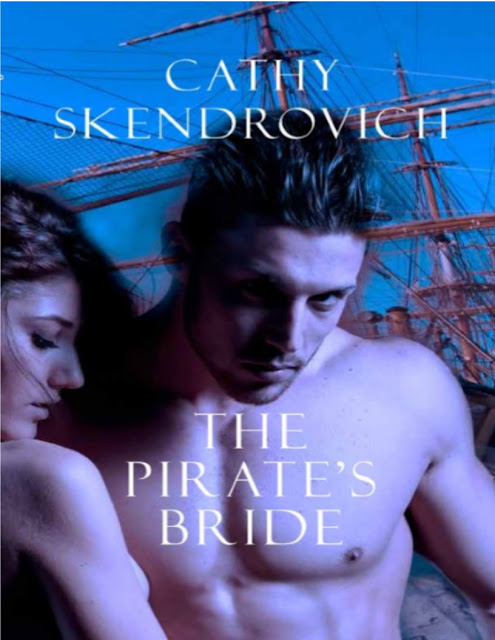 All Sophie Bellard wants is her freedom, freedom to sail the seven seas, and freedom to be her own person without interference from a controlling husband. But an arranged marriage to handsome and dangerous Captain Andre Dubois derails all her hopes. After a disastrous wedding night where a ruinous secret is discovered, the two go their separate ways with hopes of never meeting again.
Sophie becomes a pirate while Andre sets off for the Orient, where he makes a murderous enemy. After escaping with his life, Andre returns to home waters, and in an unexpected twist of pirate fate, reunites with his estranged and unwilling wife.
When Andre’s murderous enemy threatens Sophie’s life, he vows to protect what is his, and attempts to win his wife’s forgiveness and love, once and for all.

Author’s Inspiration
“Well, Capitán, let me pose you a question about this topic. Which is the strongest action, the most enduring: making love, being in love, or simply loving? Perhaps when you find the answer to that you will know how deep your feelings run for your wife, eh?” ~ from The Pirate’s Bride

Love. Everyone feels it for someone. Spouse, significant other, child, parents, siblings, friends. Love is a universal emotion that has often been suggested to run the world. It’s what romance authors write about in millions of books, and what just as many readers devour by the page.
You’d think the subject has been discussed until there is no room for new ideas. But you’d be wrong. Love is a unique feeling to every individual, and that’s what romance authors tap into. That uniqueness to every single reader. My love for my husband may be similar to someone else’s love for their husband, but in no way is it exactly the same.
So, too, are romance novels. Boy meets girl, they fall in love, one of them has a problem that must be solved, they live happily ever after is the story arc that all romance novels adhere to, yet every book is unique, just like the feeling of love is unique to each reader. Every writer strives to make his or her story just a bit different than all the others out there, and they usually succeed.
And that is the same with me. When I set out to write The Pirate’s Bride, it was right after the third POTC movie came out, where Captain Jack Sparrow sails off into the sunset alone. I didn’t like that ending. After three movies, I felt the good captain deserved a love interest. The audience deserved a love scene! And so, I began to write.
Captain Andre Dubois started out in my head looking like Johnny Depp, but soon he took on his own persona. No dreadlocks for him; he wears shoulder-length hair that he ties into a queue on occasion. His garb is traditional pirate gear, and he uses kohl to deflect the sun’s rays. But that’s as close as he comes to Captain Jack.
Andre is a French pirate, like Jean Lafitte, whom I researched at length. His home base is New Orleans, but he’s happiest at sea. He speaks English and French fluently, interspersing both languages. I had a lot of fun looking up words in French, and getting help from French-speaking friends to make sure my words were correct. 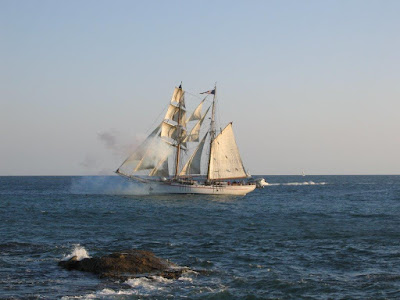 I studied the POTC films and other pirate romance novels, wanting to make my book stand out from what has gone before. I didn’t want my pirate to be a displaced lord, or a privateer or mercenary. There are enough romances like that. I didn’t want him like Captain Jack, too childlike to sustain a romance. I wanted him to be a real pirate. I wanted an Alpha male who could still learn to love.
Once I had Captain Andre Dubois, I turned to his love interest. He needed a strong woman, one who could stand up to his Alpha ways. Just like Andre is no Captain Jack, Sophie Bellard is no Elizabeth Swann. Sophie has insecurities that she must overcome before she can become a pirate. And that’s what sets her apart from most other pirate romance heroines. Sophie is a pirate. She isn’t a stowaway, or a captured passenger. She is a female buccaneer.
I took a lot of her personality from what I would want to be as a female pirate: fearless and brave. Able to stand up to men, sail the ocean blue, yet still remain feminine. Once again, I turned to movie heroines, picking and choosing traits from women I admired in movies.
Sophie is a little like Evelyn in The Mummy, a bit like Elizabeth Swann in POTC, and, believe it or not, just a smidge of Scarlett in Gone with the Wind (that female character doesn’t know the meaning of the word no). Sophie Bellard became the perfect love interest for larger-than-life Andre Dubois.
Their story isn’t like any other pirate story out there. They argue passionately, they fight passionately, and they love passionately. So, when researching passionate couples, I turned to movies once more. Think Han Solo, and the late, great Princess Leia (Carrie Fisher). Or Scarlett and Rhett Butler. Couples who don’t seem to get along on the surface, yet they can’t be apart. They’re like magnets that slam together with the force of their love.
My inspiration for writing my new release, The Pirate’s Bride, came from a variety of entertainment sources. Movies, books, history, and real life all played a part in the creation of this novel. I’d like to think that the world I invented, the story I told, is one-of-a-kind. Ultimately, it’s up to readers to decide. I look forward to hearing what you think about Captain Andre Dubois and his lady love, Captain Sophie Bellard, and their love story within the pages of The Pirate’s Bride. 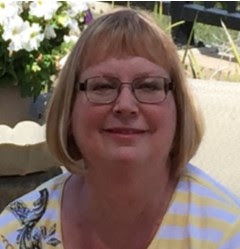 Cathy Skendrovich has always loved a good story, and spent her formative years scribbling what is now called Fan Fiction. The current heartthrob of the time featured heavily in all her stories. Unfortunately, once she went to college, her writing took the form of term papers.

Upon graduation, Cathy became a middle school English teacher. Along the way, she married her husband of now thirty-two years, had two sons, and moved to southern Orange County, California. She chose to work part-time in the school system there.

She eventually joined the online writing site, Wattpad, and won a 2012 Watty Award for The Pirate’s Bride. She is now a featured author on that site, and credits her Wattpad follows for encouraging her to become a published author. Her published books, Prisoner of Love and The Pirate’s Bride, both debuted there.
The sequel to The Pirate’s Bride, a novella entitled A Pirate’s Bride Christmas, will be published later this year by Literary Wanderlust, while her next contemporary romantic suspense, Protecting the Nanny, will come out sometime in 2018, from Entangled Publishing.
Useful Links
Website:  http://www.cathyskendrovich.com/
Facebook:  https://www.facebook.com/Cathy-Skendrovich-249667925220631/
Twitter:   https://twitter.com/cskendrovich
Goodreads:   https://www.goodreads.com/author/show/14232546.Cathy_Skendrovich
Posted by Mary Anne Yarde at 08:00