It is with the greatest of pleasures that I welcome historical fiction author, Nancy Jardine, on to the blog today. Nancy is going to tell us all about her inspirations behind her fabulous Celtic Fervour Series... 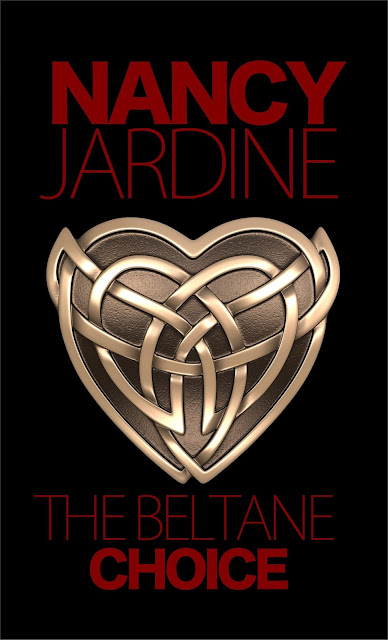 Can the Celtic Tribes repel the Roman army?
AD 71—Banished from the nemeton, becoming a priestess is no longer the future for Nara, a princess of the Selgovae tribe. Now charged with choosing a suitable mate before Beltane, her plan is thwarted by Lorcan, an enemy Brigante prince, who captures her and takes her to his hill fort. Despite their tribes fighting each other, Nara feels drawn to her captor, but time runs out for her secret quest.
As armies of the Roman Empire march relentlessly northwards, Lorcan intends to use Nara as a marriage bargain, knowing all Celtic tribes must unite to be strong enough to repel imminent Roman attack. Nara’s father, Callan, agrees to a marriage alliance between Selgovae and Brigante, but has impossible stipulations. Lorcan is torn between loyalty to his tribe and growing love for Nara.
When danger and death arrive in the form of the mighty Roman forces, will Nara be able to choose her Beltane lover? 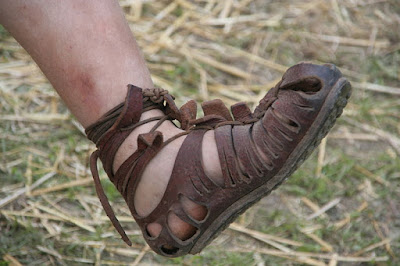 10,000 Ancient Roman soldiers trampling all over my garden! My heart pumped double time to the beat of their double pacing when I learned that. The progress of those marching hob-nailed caligae (boots) would have completely ruined my current lawns and shrub displays but to say that I was jumping for joy is a massive understatement. My compulsion to write about it began and hasn’t stopped.

I imagined men toiling nearby, specialist soldiers in the vanguard of the long legionary march whose job was to labour with dolabra (pickaxe), or shovel that they carried on their back. I envisaged them digging the ditches, creating the ramparts of the almost rectangular site that was marked out by ground engineers using their gromas (surveying equipment). The ting on metal rang as the tools hit stones. The rippling tinkles of the lorica segmentata (breastplate armour) and duller clunks of the lorica hamata (chain mail) as the men bent and stretched to heave the excavated soil over to what became the earthwork fortifications were heard close by. I could smell their sweat: maybe more unpleasant body odours. Turf cutters and scythes were being whacked around to clear the interior of obstructions so that pitching tents would be on relatively flat ground.

There was a noisy bunch gathering water supplies from the nearby River Don. Others were felling trees, the wood necessary for their cooking fuel and fires to warm them during the cool nights of early autumn. Far off screams and close-to-death pleas were the result of troops ridding the area of local tribespeople: those too old, too young, or too infirm to flee their roundhouses when the earthquake rumble of thousands of Roman treads approached them.

Creating Ancient Roman marching camps was a highly-skilled, slick operation completed in a surprisingly short time—perhaps less than two hours depending on the terrain—by men who had just trekked around twelve miles from the previous camp.

The images continued… and I used them to inspire my 11-12 year old primary pupils to write fantastic end-of-topic short stories for me. Their task: to take on the mantle of an indigenous early teen (boy or girl) and fictionalise what happened to them when the 10,000 strong Roman fighting machine descended on their roundhouse village at Balbithan, near my village of Kintore in Aberdeenshire, Scotland. (There really was a late iron age roundhouse settlement there)

And it’s completely true to say that their excellent stories of the Roman invasion of Aberdeenshire, in turn, inspired me to write my own novels set in Roman Britain.

Aberdeenshire, Scotland, is littered with remnants of ancient history. Neolithic long barrows, stone circles, and Pictish symbol stones are a-plenty. There are ruined and lived-in castles but there are also archaeological gems that are much less visible. The sites of Celtic hillforts and Ancient Roman temporary camps are hardly discernible at all but it doesn’t mean they’re any less interesting. The imagination just has to work a little harder.

Parts of the ramparts and ditches of the Kintore Ancient Roman temporary camp were recorded by amateur enthusiasts during the early Victorian era. However, in the way of agricultural progress, the rampart evidence was mostly ploughed out over the ensuing decades. Even worse from the historian’s point of view, a village primary school was built on the south-eastern corner of the camp in 1875—that building being right across from my house and garden.

Skip forward to 2002. I was teaching 11-12 year olds in that Victorian school building, which by then was too old and impractical. Archaeologists had been drafted in to survey the field areas behind the school prior to new housing and a brand new primary school being built.
By 2004, the archaeologists confirmed that the Kintore Roman camp had been used by the legions of General Gnaeus Julius Agricola c. AD 84, during his northern Britannia campaigns. They believed the same area was probably also used by Emperor Severus c. AD 210—when he marched north to ‘teach the tribes of the north a lesson’ (some experts believe genocide was his aim). A third occupation is also possible, though by an unknown commander. When I discovered that the south-eastern corner of that Kintore camp was about 30 paces from my house, I was utterly hooked on researching Roman Britain and I’ve been enthralled ever since.

In 2004, my 11-12 year old pupils spent one term learning about the Roman invasions of Aberdeenshire. I’d taught ‘Romans and Celts’ to younger classes and had a good basic knowledge, but with older pupils my task was harder when it came to researching information to slake their interest (and mine). Pre-history is notoriously short on written sources.

The main source is De vita et moribus Iulii Agricolae’ (On The Life and Character of Julius Agricola) by Cornelius Tacitus, the son-in-law of Agricola. Though Tacitus’ writing is thought by many to be biased and over political— and all we have to go on are c.14th century copies of it and not the original—it’s the only source of the Agricolan campaigns that’s available, apart from a couple of small mentions by other ancient writers (Cassius Dio). Armed with Tacitus, and the most recent invaluable archaeological evidence, my class and I had great fun exploring the topic. When I couldn’t find a suitably local ‘Roman/ Celt’ novel to share with my class, I vowed to write one myself, someday. It didn’t happen immediately but in the fullness of time…

Book 1 of my Celtic Fervour Series was published in 2012. The series begins in what is currently Yorkshire and Cumbria in England, Brigante territory which Agricola had to subdue first before marching northwards into what is now Scotland. By Book 3 of the series, Agricola is confronting the local tribes in pitched battle at Beinn na Ciche in ‘Aberdeenshire’, in AD 84. I’m currently working on Book 4 where educated guesswork, and a reliance on up-to-date archaeological evidence, has to spark my imagination entirely because Tacitus wrote nothing of the longer term aftermath of the battle which he called Mons Graupius. Though my novels are largely written from the viewpoint of my ‘Celtic’ clan characters, there are secondary Roman ones from Book 2 onwards, and in Book 4 Agricola plays a strong role. 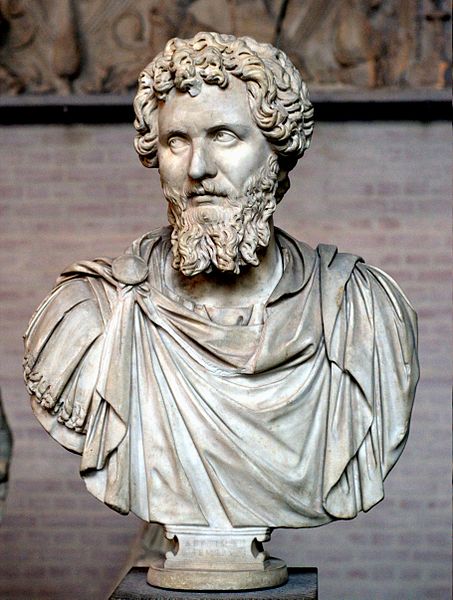 The Taexali Game is a Time Travel adventure for early teens, and anyone older who loves a rollicking adventure story. In it, a trio of kids from Kintore whiz back to AD 210 when the Ancient Roman Emperor Severus marched into Aberdeenshire with 30,000 troops. (Yes! A whole lot more than Agricola had) The Taexali Game  was published in 2015—four years after I stopped teaching but it is dedicated to those pupils of 2004 who inspired me.

Though my work is fiction, my aim has always been to create credible characters in the most authentic possible settings and situations. I’m absolutely delighted to read the Amazon reviews which highlight that aim.

I’m still learning about the Ancient Roman Empire and don’t intend to stop! 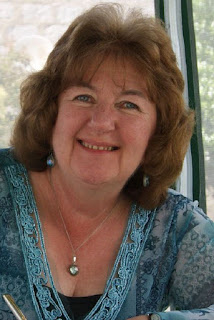 Nancy Jardine’s writing spans the different genres of historical romantic adventure and contemporary romantic mysteries which are set in fabulous world-wide cities, Topaz Eyes being a finalist in The People’s Book Prize 2014. The Taexali Game, her early teen time-travel adventure, is set in third century Roman Scotland. Regular grandchild-minding, gardening, reading, writing, social media marketing and blogging take up her week—though not necessarily in that order.  Keeping abreast of Roman Scotland archaeological developments is invaluable for the local presentations she gives on her novels, and on Roman Scotland. Regular book signing & selling sessions at Craft Fairs are great fun. Watching TV Drama and the news are luxuries, as are social events with friends and family, though they’re creatively squeezed in. An ex-primary teacher, she continues to learn something new every day and recently completed a fantastic course on Hadrian’s Wall! She’s a member of the Romantic Novelists Association and the Scottish Association of Writers.