#bookreview ~ Once Upon a Summer Night #Romance #timetravel @NancyScanlon1


Once Upon a Summer Night: Colin O’Rourke’s elite matchmaking service is taking off until Winifred Emsworth, Great Britain’s most influential gossip columnist, writes a scathing article about it. She’ll retract the column…if Colin can match her shy, bookish niece with a modern British aristocrat.

But that’s not Colin’s only problem. As one of the O’Rourke time-traveling Guardians, Colin’s destined for one woman only. His thinks he’s found her when she wanders into his cousin’s garden, but she leaves before he can get her name. If he doesn’t track her down again, he’ll never know true love.

Eleanor Carberry is happy with her life as a bookshop owner, and she knows she has her dear aunt Winifred to thank for it—especially as Winnie helped smooth over a very public breakup and a very personal loss. Her aunt has never expected anything in return, so when she asks Ellie to help vet an American matchmaking company, Ellie reluctantly agrees.

When Colin and Ellie meet, Colin realizes she’s the woman from the garden. He’s bound by contract to find her an Englishman, or he’ll lose the business he’s worked so hard to grow. Despite the distance he tries to keep between them, Fate has other plans when Ellie takes an unexpected trip back in time—once upon a summer night.

From cosmopolitan London to 15th Century Ireland, Once Upon a Summer Night: Mists of Fate, will take you on an unforgettable journey.

With a beautiful, compelling, storyline, this sweet romance has a lot going for it.

I adored the premise of the story — Colin O’Rourke is a time-travelling Guardian of the O'Rourke tribe as well as a successful businessman. When he isn't travelling through time to ensure the safety of his clan, he is helping others find their soul mates with his match-making company, Celtic Connections. But, unlike his clients, Colin avoids love. He knows that out there somewhere is his soul mate, the one woman who he will be connected to for all time. However, Colin would never ask any woman to share the life he lives — it wouldn't be fair.

Once bitten, twice shy, Eleanor Carberry has closed her heart off to the possibility of loving again. But then she meets Colin and everything changes. Now all she has to do is convince Colin to open his heart, take a chance, and love her back and then, maybe, just maybe, they will have their happy ever after fairy-tale.

The romance is elegant in the telling, and it works so well with the principle of the story. This book is all about emotions, feelings, the heart. It is timeless. Add to the mix a little bit of time-travel and you have a fantastic read. I had to admit, that I was so enjoying the romance, that I forgot all about it being a time-travel book until the heroine ended up in 15th Century Ireland! The time-travel element doesn’t dominate this book, although make no mistake it does happen and when it does happen it is very believable. Putting that aside, what I like about the book was the way love was describe as traversing time. It would be. It was. Despite what Colin has to say about it!

Once Upon a Summer Night: Mists of Fate is a very enjoyable read and if you like clean romance with time-travel set in those Emerald Isles, then this is the book for you.

*I received a complimentary copy of this book from Netgalley, and I chose to leave a review* 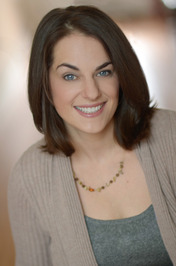 Born and raised near Boston, MA, Nancy wrote her first romance novel at age 16, when she realized that fictional boyfriends were much easier to figure out than real ones. In the time since, she managed to earn her B.A. in English from the University of Massachusetts Amherst, obtain a graduate certificate in creative writing from the University of Cambridge, and marry the man of her dreams (but she still holds tight to her fictional boyfriends).

When not writing, Nancy spends her time reading romance and watching too much HGTV