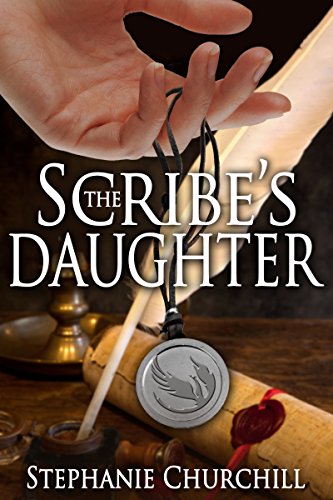 Kassia is a thief and a soon-to-be oath breaker. Armed with only a reckless wit and sheer bravado, seventeen-year-old Kassia barely scrapes out a life with her older sister in a back-alley of the market district of the Imperial city of Corium. When a stranger shows up at her market stall, offering her work for which she is utterly unqualified, Kassia cautiously takes him on. Very soon however, she finds herself embroiled in a mystery involving a usurped foreign throne and a vengeful nobleman. Most intriguing of all, she discovers clues to the disappearance of her father three years prior. When Kassia is forced to flee her home, suffering extreme hardship, danger and personal trauma along the way, she feels powerless to control what happens around her. Rewarding revelations concerning the mysteries of her family’s past are tempered by the reality of a future she doesn’t want. In the end, Kassia discovers an unyielding inner strength, and that contrary to her prior beliefs, she is not defined by external things -- she discovers that she is worthy to be loved.

There are some books that you can disappear into, lose track of time and become completely embroiled in the world that the author has created — The Scribe's Daughter is one of those books.

Ms Churchill has created a masterpiece of historical fantasy. Told in the first person, The Scribe’s Daughter tells the story of seventeen-year-old Kassia, a poverty-stricken orphan, who has mastered the art of thievery to ensure that she keeps bread on the table. She is very protective of her older sister who doesn't seem to understand the seriousness of their situation — there is no money for rent, let alone food. So when a stranger offers Kassia a job and gives her a bag of coins, her poverty forces her to accept it, even though her head is telling her not to. But in doing so, she seals her fate and the world that she knows will be lost to her. Along the way, she will meet friends and foes alike. She will suffer loss, abuse and hardship, but she will also discover just how strong and courageous she really is and maybe, just maybe, she will find everlasting love when she least expects it.

What I really loved about this book was the realism. There was nothing unbelievable about this story. There are some very upsetting scenes in The Scribe's Daughter, but Ms Churchill made some really good choices — this author knows where to draw the line. Some terrible things happen to Kassia,  but we don't read about them. What we do read is the emotional and physical recovery, which isn't an overnight thing. Kassia is very human. She doesn't get up, brush herself off and be done with it. She suffers, but she is a courageous soul and has an iron will that will not be beaten into submission.

Kassia is a very strong female lead that I couldn't help but admire. Faced with incredible trials and adversary she somehow finds the strength to carry on. Kassia got under my skin, she was so real in the telling, and so very believable that it was hard to think of her as a fictional character!

As a secondary character, I thought Jack was wonderful. An unlikely friend who very soon became Kassia's rock. He gives her hope, acceptance and reassurance when she has moments of doubt. He gets her, like no one else does. I loved reading how their relationship developed over the course of the book.

Despite the terrible things that happen in this book, it isn't a depressing read. Kassia is the source of much humour. She is very good with words, and she is a master at sarcasm! Some of her one-liners certainly made me laugh out loud.

The prose of the story is well-thought out. Make no mistakes; A Scribe’s Daughter is a compelling read and time certainly flew by while I lost myself within the pages. The plot is super engaging and throws up one or two unexpected curve-balls! I so didn't see where this book was going.

The Scribe’s Daughter is an example of historical fantasy at its best, but don't take my word for it, check it out for yourself.

Links for Purchase
Amazon US
AmazonUK 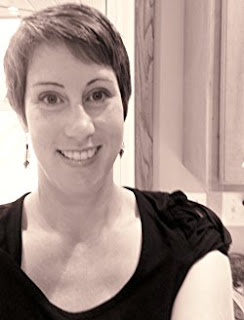 I used to live my life as an unsuspecting part of the reading public. Spending my days in a Georgetown law firm just outside downtown Washington, D.C., by all outward appearances I was a paralegal working in international trade and then antitrust law. I liked books, and I read them often, but that's all I was: a reader of books.

When my husband and I got married, I moved to the Minneapolis metro area and found work as a corporate paralegal, specializing in corporate formation, mergers & acquisitions, and corporate finance. Again, by all outward appearances, I was a paralegal and a reader of books.

And then one day, while on my lunch break, I visited the neighboring Barnes & Noble and happened upon a book by author Sharon Kay Penman, and while I'd never heard of her before, I took a chance and bought the book. That day I became a reader of historical fiction.

Fast forward a dozen years or so, and I had become a rabid fan of Sharon Kay Penman's books as well as historical fiction in general. Because of a casual comment she'd made on social media, I wrote Ms. Penman a ridiculously long review of her latest book, Lionheart. As a result of that review, she asked me what would become the most life-changing question: "Have you ever thought about writing?" And The Scribe's Daughter was born.

When I'm not writing or taxiing my two children to school or other activities, I'm likely walking Cozmo, our dog or reading another book to review. The rest of my time is spent trying to survive the murderous intentions of Minnesota's w
Posted by Mary Anne Yarde at 20:36