It is with the greatest of pleasures that I welcome children’s author, Jenny O’Brien, onto the blog. Lets first take a look at Jenny’s latest book… 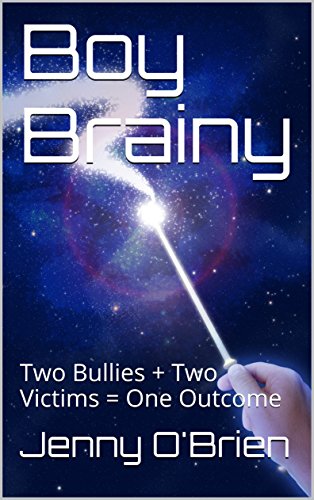 Dai Monday is being bullied, but what does he expect with a name like Die! He doesn't think life can get any worse and then it does.
He's sent on a mission to find the the last Welsh Princess of Wales crown by the ghost of King Arthur - a crown that's been missing for centuries.

'Dai Monday's Boy Brainy is the first in a series of books aimed at children age 7 to 11 years (middle graders). There's ghosts and dragons (obviously), magic and mayhem - in fact all of the elements of an exciting story that finds a little boy with Aspergers, chasing around Conwy Castle in the search of the Princess's crown. 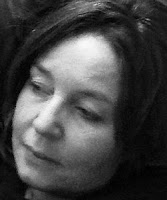 How can the character of King Arthur be anything less than inspiring and? But as a character for a children's book an obvious choice, for me at least.  As a character, as a story what better place than the mystical lands and people of the round table? There's swords. There's dragons. There's damsels in distress not to mention the odd damsel in the lake - all wonderful tools for a writer.
Boy Brainy, my children's book started out with just a name, Dai Monday. A name that sprang to mind in 2008 out of nowhere. I wasn't even a writer at the time so I had a steep learning curve. It took me a year to formulate a plan. I wanted to use the name as a character for a book, a children's book but not any old book - a children's book to raise the self-esteem of children that had been bullied.
Come 2009 I had the name and finally I had the country - Wales. I'd spent a lot of time in Wales over the years and what better place to set a book than one of the Welsh castles, the only problem being which one to choose. Next came a trip to the library closely followed by a stroke of luck in the form of King Arthur's crown.
Have you ever heard of King Arthur's crown? No, I'm sure you haven't but if you Google it you'll discover it actually existed. Now if King Arthur's crown, or Coron Arthur existed what about the man himself? Is he myth, fantasy or reality? It's a question I can't answer even now after spending years reading up on the topic.
So, on leaving the library weighed down by books with Edward the First's gloomy portrait on the cover I learnt about his invasion of Wales, the building of his five Welsh castles, or fortresses and finally I learnt the sad tale of the last Welsh Princess of Wales, Gwenllian. From this I had a loose plot. The ghostly form of King Arthur searching for his crown so that it could be returned to the last Welsh Princess, all I needed now was a place.
I decided on Conwy for the setting, even though I live many hundreds of miles away but I'd visited as a child and always had a soft spot for this little magical part of the world with its dark derelict grey stone looming over the quaint old town. I chose Conwy Castle although I'd never visited, all my information coming from guidebooks and further library visits even down to the number of steps up to the Chapel Tower, which features heavily. The gift shop also features in the form of Dai's mum being manageress. Again as I'd never visited everything came out of my imagination apart from the Ugly Pottery, which is a range of unique Welsh ceramics sadly no longer In production. In a way you could say I wrote the book the wrong way round. Everything that's meant to be fact (the castle, the ghost file, all the people) is from my imagination and the one thing that's meant to be mythical (King Arthur) may turn out to be real after all.

About the author
Jenny O'Brien was born in Ireland a very long time ago. She's an avid reader and book reviewer for NetGalley in addition to being a 2016 RoNA judge.
She writes for both children and adults with a new book coming out every six months or so.
She's also an avid collector of cats, broken laptops, dust and happy endings - two of which you'll always find in her scribblings!
She lives in Guernsey and, in her spare time she can be found frowning at her wonky cakes and even wonkier breads. You'll be pleased to note she won't be entering Bake-Off.