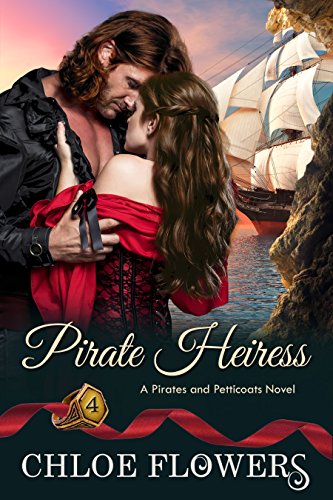 A beautiful pirate, a vengeful sea captain and a secret treasure…will love save them or destroy them?
"Brilliantly funny and full of action..."
A high seas, historical, pirate romance filled with action and adventure, mystery and intrigue, and a quest for hidden treasure!

Reluctant pirate Stevie Savauge is on a quest with her family to find a secret treasure hidden by her great-great-grandparents, the two notorious pirates Anne Bonny and Calico Jack Rackham. When her eight-year-old twin siblings are kidnapped and the ransom demand is a merchant ship called the Seeker, Stevie must find the courage to conquer her fears and fight for those she loves.

Italian-born, French privateer Drago Viteri Gamponetti (Gampo to his men) has coveted the Ahern merchant fleet for years, and sets a trap in Jamaica. Unfortunately, he has two small trouble makers aboard; a boy who wants to be just like him, and a girl that will either steal him blind or turn his black heart.

When Captain Conal O’Brien discovers that the pirates work for his sworn enemy, he doesn’t resist capture. What better way to locate Gampo’s secret stronghold than to sail right into it? But these nutty brigands aren’t who they seem to be, and if Conal’s not careful, he’s going to lose his heart as well as his ship to the woman determined to possess both.

A fire, a kidnapping, a treasure hunt, a romance and pirates
— what was not to like about Pirate Heiress?

If it weren't for Stevie Savauge and the whole catching the kitchen and then the rest of the building on fire incident, her family would still have a home, and her family would not have gone on a quest to find a secret treasure hidden by her Great Great Grandparents — which subsequently led to the capture of her eight-year-old siblings. Now the kidnapper is demanding that they deliver him a ship called the Seeker or the children will die.

Does Stevie's family have it in them to become pirates, save the children and find the treasure? Time will tell...

I was intrigued by the blurb, and by the time I had read the first chapter I knew this book was a keeper. With mesmerising prose and a storyline that I simply adored, Pirate Heiress has all the makings for a great read.

I loved the characterisation of Stevie. Stevie is thrown into a man's world — a pirates world— and she has to learn very quickly how to stay alive. What she did not expect to find was love with Captain Conal O’Brien, especially after she and her family took control of his ship! The romance between the two is a steady build which simmers and then explodes into one heck of a storm that neither Stevie or Conel will ever recover from! Totally believable and very romantic! Love, Love, Loved it!!

It seems a strange thing to say, but I really liked the antagonist of this novel. Drago Viteri Gamponetti has his own back story, which takes nothing away from the protagonists but kept me interested and turning those pages. I wanted to dislike him but found that I could not, for he is, despite the whole kidnapping incident, a nice man.

This storyline itself was well thought out and engaging. I have read a fair few "pirate romances," and I have to say that Pirate Heiress is up there with the best. FANTASTIC READ!!

I thoroughly enjoyed Pirates Heiress, and I look forward to reading more books from this author. Well done, Chloe Flowers!

*I received a complimentary copy of this book from Netgalley, and I chose to leave a review* 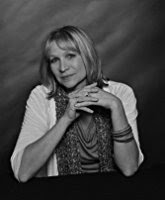 A Parrothead at heart, Chloe’s love for pirates began with Peter Pan and continued with Pirates of the Caribbean and ghost stories about pirates from the Outer Banks. She listens to Celtic music while she writes. When life gets too serious, she reads Calvin and Hobbes comics. She lives in Ohio with her tall, dark and handsome husband, three children and two rambunctious dogs, Indiana and Luke, who are named after her two favorite action heroes.

Descended from a family of cooks and gourmet chefs, Chloe is a true foodie and along with working for fortune 500 companies in marketing and teaching MBA students strategic marketing, she also ran a gourmet cookie company. Cooking for a crowd runs in the blood, so her fridge is always full. She deals with stress by baking pies (just ask her college roommates what it was like for them around exam time).

Her idea of a perfect day? Sailing on the Caribbean with her family, sun in her face and wind at her back, and finishing the day in the kitchen making a fab gourmet meal and sipping a glass of wine.
Posted by Mary Anne Yarde at 08:00