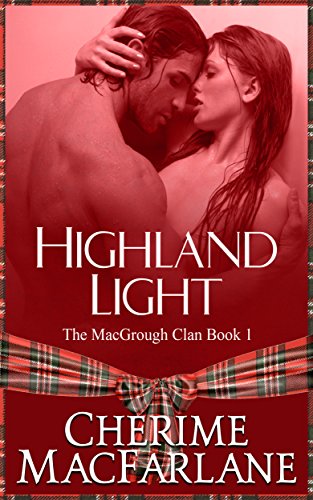 HIGHLAND LIGHT is a historical romance set in 1308 during the Scottish war for independence.

A young Scots girl cannot find a man who appreciates a headstrong plain woman. A small group of Knights Templar escape to Scotland to hide and start new lives. Among them is a young man, a ward of the Master of the Temple. The men have brought a treasure to Scotland. In exchange for a large share of the treasure, the knights may marry and be adopted into certain clans. No one must know of the agreement. Each man has a duty to the clan they are adopted into, and a duty owed to Robert The Bruce.

One young man has been with the Templars since the age of ten. He knows nothing of relationships or women. Their wedding is a business arrangement. Having no experience of sex or marriage, the young couple make a game of loving and learn of life together.

Gideon has been the ward of The Masters of the Knights Templar since he was ten years old. But things are about to change. The Knights' have been forced to flee from Philip the Fair of France, and as the Pope has already excommunicated The Bruce, Scotland seems as safe a place as any to seek sanctuary.

Ailene MacGrough is headstrong, fiercely independent and a courageous young woman. She has so far rejected every suitor that has been presented to her, but there was something about Gideon that caught her eye.

Determined to put an end to the brutality of Edward Longshanks and his claim to the throne of Scotland, The Bruce organises a secret meeting between his supporters and the Templars. Bruce commands that the only way he will offer sanctuary to the Templars is if they marry an eligible Scottish maiden, which will then make them the citizens of this war torn country.

Gideon knows nothing of women but suddenly finds himself with a wife, a family, and a country to protect.

Can Gideon and Ailene's new-found love survive the horror of the Scottish War of Independence — only time will tell.

Oh. My. Days...! I would like to call Highland Light a romance, but it is so much more than that. It is an epic story about innocent young love, set in the backdrop of war. MacFarlane did a staggering job of bringing 14th Century Scotland back to life, and her attention to detail must be commended. A thoroughly well researched and breath-taking read.

MacFarlane gives her readers just the right amount of detail. Whether that be with regards to the love making scenes— in this case, less is certainly more — and the battle scenes, which gives her readers a sense of what it must have been like in the heat of battle, but without going overboard with the detail.

This is a truly addictive read — once you start you are so not going to want to stop. I couldn't wait to get back to the book every evening to find out what was going to happen next.

Do I Recommend? You bet ya! A fantastic 5* read. 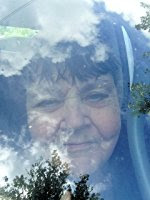 Meet Award-Winning, Best-Selling Author Cherime MacFarlane. A prolific multi-genre author, she has a broad range of interests that reflect her been there-done that life. Romance, Historical Fiction, Fantasy, Paranormal, all sorts of characters and plots evolve from a vivid imagination.
I came to Alaska kicking and screaming in 1976, and I never want to leave. I cut firewood on shares for money to get through the winter. I swore I would not live above the Alaska Range because it was too cold there and wound up in the Copper River Basin where it got just a cold as Fairbanks.
My second husband, a Scot from Glasgow, was the love of my life. When I write Scots dialect, I experienced hearing it from my in-laws. Each time my husband got on the phone to Scotland after five seconds, I could hardly understand a word. I was my second husband's chief mechanic's helper and roadie.
I live in a cabin which is slowly being surrounded by the city and wish I were further out. My two cats and Husky-Collie mix dog are happy in our little slice of heaven called Alaska. In the silence of winter dreams of people and places provide a rich pool of ideas to explore.

As a reporter for the Copper Valley Views, Cherime MacFarlane received a letter of commendation from the Copper River Native Association for fair and balanced reporting.
Cherime won the Hardest Working Author Award from Author Classified.