It is with the greatest of pleasures that I welcome Young Adult, historical fantasy/paranormal author, Kristin H Richards, on to the blog to talk about the inspirations behind her book.

CREPUSCULAR:
Light In The Night 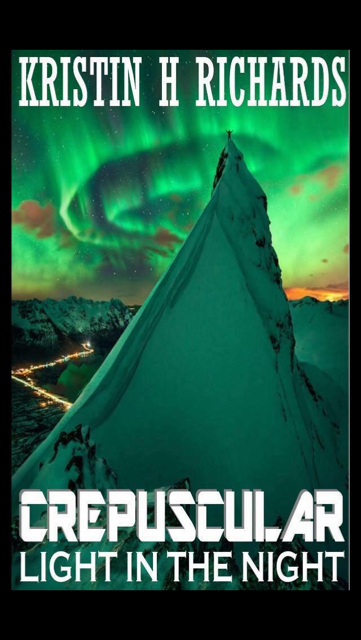 It begins in a small town in Canada called Fort Smith. Were Lucy and her sister Lisa are living with their Uncle Travis who adopted them when they were only one and three years old after his sister Elvira the girls mother and there father Maccon suddenly disappeared. Lucy is now eighteen and Lisa is sixteen and their lives are about to change dramatically over night when they will find out the truth about who they are and what they have become. Lucy falls in love with the new guy in town Nikolas but she had no idea that Vampires existed. Then one of her childhood best friend Ty who is a Werewolf comes back to town and sees Nikolas with her then he thinks it's time to start protecting Lucy and tell her what he really thinks of her. But that won't be as easy as he thought because when she fell in love with Nikolas she woke up all the Demons and Nikolas had only one option and that was to take here to Iceland in hope that the Vikings would help them find her parents and fight with them when the time came Ty had made up his mind about Nikolas and now they both had to protect her before she would change into one of the dangers animal killer out there. 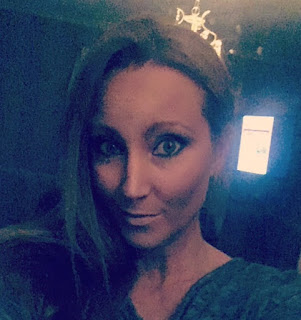 I am a big fantasy fan and somehow fantasy comes easy to me. One night after I had been thinking about writing and all my family members were asleep I sat down in my living room and opened up my computer and began writing the first few words of the fantasy trilogy Crepuscular. I had no idea were this fantasy world would take me but I just kept on writing, day and night, night and day some how I just couldn't stop, it just flowed and sometimes I was surprised that I had even written this story myself I enjoyed every second of it. Everywhere I went I took down notes just going to the store and seeing something that inspired me I wrote down, even though I didn't use it in my story I wanted to have the opportunity to look at it if I could use it somewhere, sometimes I used my notes and sometimes I didn't but I always had my eyes open. I loved driving through and walking in the woods that's where my fantasy level went straight to 100%. I had no trouble coming back home and write a whole chapter but of course I had to read over every word I wrote and sometimes I made changes but mostly I was very satisfied with what I had wrote. It took me one year to write all of the three books and when I got to the end of the story I felt a little sadness like I was saying goodbye to someone I really cared about but I knew it was the right time to end it and I'm very pleased with the ending. These book are for all ages older adults will equally enjoy them as well.  I know once people start reading they will want to continue. These are YA fantasy were you'll be introduced to new creatures the Dragon-Vampires, they have been in our world longer then the Vampires have and only the Vikings and the Werewolves have known about there secret until now I really loved creating the Dragon-Vampires and the whole plot with them and also bringing the Vikings and the elves into the story made it something new and exciting. I loved that I could have Iceland included in this adventure because we don't have many fantasy story's with Vampires & Werewolves that are seen in Iceland so it the perfect place for the adventure to continue from Canada. In Volume 2 Crepuscular The Magic Of The Sun's Rays they will take the adventure to some new places that are very different from Canada and Iceland. If you are into YA fantasy, romance and adventure you can't let this one slip your fingers I heard from one of my readers that it was like the book came to life and it was like watching a movie in your head. Welcome into the world of Crepuscular and I hope you enjoy every bit of it. Kristin H Richards

About the author
Kristin H Richards was born and raised on a small and cold Island in the Atlantic Ocean called Iceland she moved to Sweden for few years when she was very young with her single mother and 3 siblings. That's were Kristin started to love the fantasy world. After living in Sweden for few years they moved back to Iceland for 3 years as her mother went to school in the USA they moved to the states for 6 months and then back to Iceland were she stayed until her adult years. When she was 31 years of age she and her boyfriend with their three children wanted to try something new and moved to Sweden were all of her family lives today. They have lived there now for six and a half years and are very happy there. Kristin is a new published author of the trilogy Crepuscular her first book in the series is called Crepuscular Light In The Night. She is a fantasy lover that has been living in her own fantasy world since she was little. She used to use her imagination a lot when she was alone like walking home from school or going to the gymnastic every opportunity she got she started to create some new world that she liked from the age of seven and up to here teen years then she took up writing. Kristin never thought about publishing anything she wrote, she looked at it more for fun. She love writing poems as she did story's and when she started to have her own kids she wrote them their own story's were they were the main character and they loved it. Kristin has finished all three books in the crepuscular trilogy and she is very proud of the world she has created for her fans it took her about one year to write all three books and in October of 2015 she landed her first contract with a small publishing company in Scotland and few months later to be exact in March of 2016 her first book in the series was published. Now in the beginning of February of 2017 her second book Crepuscular The Magic Of The Sun's Rays will be published. She is a hard worker how loves writing and being around children and animals. If she could she would build a very big house were she could adopt all the children and animals that are in need of security and love. Her interest is being with her family, writing, tennis, being at the beach in warm weather and enjoying life as it comes. She has three children with her boyfriend of 24 years.
Useful Links
Facebook
Twitter
Instagram kristinhrichards
Posted by Mary Anne Yarde at 08:00